The reality star dated the I'm a Celebrity contestant for 9 months. The couple ended things amicably after meeting in 2020, but they remain on good terms. 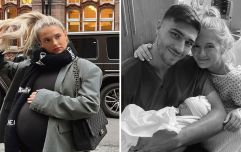 END_OF_DOCUMENT_TOKEN_TO_BE_REPLACED

Lana's Love Island co-star Ron Hall was stunned after finding out about her famous ex.

On Monday's show, Lana revealed she was involved with the former Hollyoaks star.

During a game of Never Have I Ever, Lana shocked her co-stars when she revealed she dated an actor.

Ron asked Lana what actor she dated, to which she replied, "It's my ex-boyfriend... he's called Owen Warner."

Ron then said, "So basically I'm competing with someone who's just come runner-up on a massive show and who's an actor and I work in finance, yeah, erm, sick. This is great."

"That was a shock, I don't really know what to think about it...," Ron added. 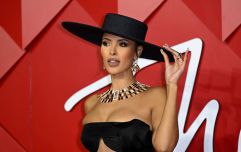 END_OF_DOCUMENT_TOKEN_TO_BE_REPLACED

In an interview with the Daily Mail, Lana confirmed she and Owen dated throughout the pandemic.

She said there was no bad blood between them when they ended their relationship.

The couple, who met through friends in 2020, "had a lovely relationship", according to the makeup artist.

Lana said, "We had a bit of a lockdown relationship so we spent a lot of time together, and then when we ended. We ended amicably so I have nothing bad to say about our relationship and the time we spent together."