Laura Anderson of Love Island fame recently split from fellow contestant Paul Knops but it looks like there's another romance on the horizon.

We can't say we predicted this one but it appears that Laura has been getting up close and personal with none other than Eyal Booker, also of Love Island 2018.

They were spotted at a launch party in London last night and by all accounts, they looked very cosy altogether.

A source spoke exclusively to OK Online, explaining how Eyal was waiting for Laura in the VIP section of the club before she arrived.

"She had her hat on very low and was escorted straight into a VIP section in the club where Eyal was waiting for her. The two of them obviously know each other from their time in Love Island and were very happy to see each other.

They were together for the rest of the night".

Laura was dressed casually wearing a knit, jeans and a hat although whether the hat was a fashion statement or to disguise herself is anyone's guess.

They were pictured at the Adwoa Aboah x Revlon 'Live Boldly' party during London Fashion Week this week too and it has to be said that they look very cosy altogether. 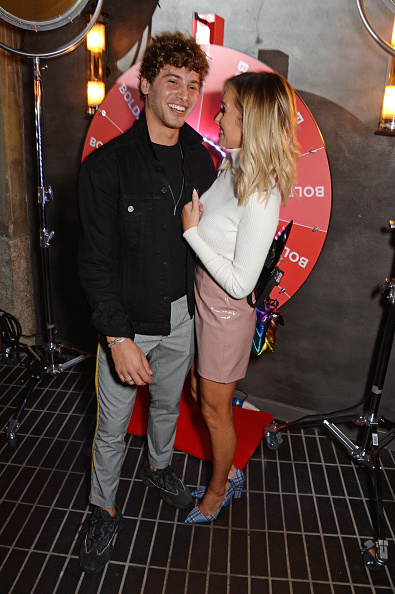 Of course, there's no confirmation of romance and they might just be friends but they make a fab couple all the same!

Girls With Goals || Her · Ep.161: Feeling Peachy - Sharon Keegan of Peachylean on being an absolute BOSS!
popular
Britney Spears' dad Jamie says he is "sorry" to see daughter in pain
Woman escorted from Disney World for "inappropriate" top
Will Britney ever be freed?
Top 10 best staycation experiences in Ireland revealed
Friends fans spot massive body double blunder in episode rewatch
Footage of Britney performing with "102 fever" goes viral after star's court address
Aldi's new garden collection includes massive waterpark, slides and 14ft pools
You may also like
11 hours ago
The Love Island smoking ban - what happened there?
11 hours ago
Love Island winners Kem and Amber are back for a mental health TV series
1 day ago
Dubliner Lucy Plunkett hints she might be entering Love Island late
2 days ago
Love Island's Sharon already has a connection to Molly-Mae
3 days ago
5 things we know for sure about this year's Love Island
3 days ago
Love Island featuring show's first contestant with a disability
Next Page