Love Island's Adam Collard and Paige Thorne are "on a break"

Paige Thorne is taking a break from their relationship.

Love Island's Adam Collard and Paige Thorne are reportedly "on a break" after he was accused of cheating on the Welsh paramedic.

Earlier this week, footage of Adam with another woman was released online. 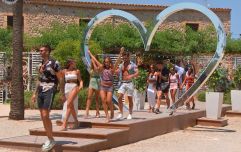 There's going to be a 2022 Love Island Christmas reunion

END_OF_DOCUMENT_TOKEN_TO_BE_REPLACED

The reality star was then spotted with another woman, but claimed he "only has eyes for Paige".

According to The Sun, Thorne is heartbroken over the recent allegations.

So much so that the pair have decided to put their relationship on hold for the time being.

“Paige is really upset by everything that has gone on and feels like she is being humiliated," a source shared.

“She believes Adam didn’t do anything and knows women throw themselves at him.” 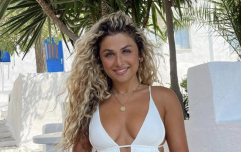 END_OF_DOCUMENT_TOKEN_TO_BE_REPLACED

“But it doesn’t mean she doesn’t find it difficult when people start gossiping about their relationship on social media.”

“Paige had told Adam she needs a break and to spend some time away from him,” the source added.

END_OF_DOCUMENT_TOKEN_TO_BE_REPLACED

“She is new to the spotlight and it is hard when claims about your boyfriend are being sent around thousands of times on Snapchat.”

The source said Paige really needs to spend some quality time with her loved ones.

Paige and Adam met on the 2022 series of Love Island.

popular
"You can’t imagine what it feels to have had a baby and yet feel like you didn’t"
Kate Garraway gives heartbreaking update about Derek's health
The Lion King is returning to Dublin next year
Bad Sisters stars snap back at New York Times article that called them British actors
Oscar winning Green Book actor found dead on New York street
Mother of missing X Factor star speaks out a month after his disappearance
Gwen Stefani reportedly pregnant with baby number four
You may also like
2 months ago
Two Love Island 2022 stars have just become step siblings...
2 months ago
Adam Collard responds to claims he cheated on Paige Thorne
2 months ago
Luca Bish and Gemma Owen not ready to move in together
2 months ago
Love Island bosses hit back at Luca Bish's Casa Amor claims
2 months ago
Former Love Island stars to feature in tell all docuseries about the show
3 months ago
Dami Hope on Indiyah's family, his fight with Tasha and Casa Amor antics
Next Page