Toby said he refuses to force a relationship with Jake.

Speaking to The Sun, the 22-year-old said he no longer planned to speak to Jake and addressed the backlash his co-star has received for his treatment of ex-girlfriend Liberty Poole on the show.

END_OF_DOCUMENT_TOKEN_TO_BE_REPLACED

“I think it’s been tough mentally for him to deal with that because he’s such a positive person. 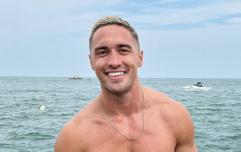 END_OF_DOCUMENT_TOKEN_TO_BE_REPLACED

"He's always so bubbly, but then had people bringing him down. I think he's dealt with that now."

Toby said he wasn't planning on remaining friends with Jake and revealed that he more than likely wasn't going to chat to him in the future.

"Unfortunately that's life. You meet 30 people and you're not going to be friends with all 30 are you? He's a nice guy, I just don't want to put too much pressure on something." 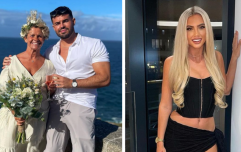 END_OF_DOCUMENT_TOKEN_TO_BE_REPLACED

Toby's revelations come after Jake revealed last week that he is no longer in contact with the Love Island girls.

“I don’t speak to any of the girls. I think I’m a lone wolf on that side," he said. "They’re there and I’ve just gone this way. Everyone's in a group chat but the group chat is no longer.”

Jake made a dramatic exit from the show following his break-up with Liberty. He was heavily criticised by fans for gaslighting her, following a challenge where clips of him expressing doubts about his sexual attraction to her were aired. He was also shown encouraging the rest of the boys to cheat on their partners in Casa Amor.

popular
Here are the baby name trends set to dominate 2023
Love Island's Faye Winter says she feels like she's "failing" as an influencer
5 delicious brunch spots around Ireland to try out on your next trip with the girls
Stacey Solomon addresses previous comments about the monarchy
First Look at David Seaman and Frankie Poultney's Wedding...
Selena Gomez calls out "vile and disgusting comments" following Hailey Bieber interview
Robbie Williams' wife, Ayda Field, just opened up about her son's health issues for the first time
You may also like
5 days ago
Adam Collard responds to claims he cheated on Paige Thorne
1 week ago
Love Island's Indiyah explains why she called a medic in the villa
1 week ago
Greg O'Shea opens up about "really bad" time as he suffered a mental health crisis
1 week ago
Love Island's Tasha lands yet another fashion deal
1 week ago
Love Island's Paige opens up on the moment she changed her mind about Jacques viewers didn't see
2 weeks ago
Liam Reardon shares impact of rumours following his split with Millie
Next Page