Meghan Markle and Prince Harry have officially left their home in Kensington Palace.

The Duke and Duchess of Sussex - who are said to be expecting their first child "in a matter of days" - recently moved to their new cottage in Windsor, a source told People.

The couple announced that they were going to be moving to a new royal residence just a few weeks after confirming Meghan's pregnancy.

Their new home, Frogmore Cottage, is about 25 miles away from Kensington Palace - and the two-bedroom cottage they shared since they announced their engagement in November 2017.

A family friend told the publication:

"They'll enjoy it much more in Windsor. They feel claustrophobic in their place in Kensington Palace."

Another insider added that the move "is a really healthy thing to do", adding:

“I presume it must be nice to get out and away. Without neighbors who are all either family or staff [at Kensington Palace], they will now have their own thing.”

END_OF_DOCUMENT_TOKEN_TO_BE_REPLACED

The news of the couple's move was announced amid reports that Prince Harry and Prince William were planning to split their royal households.

It was confirmed in February that the Queen had agreed to the creation of a new household for the Duke and Duchess of Sussex. Prince Charles is said to have also supported the move. 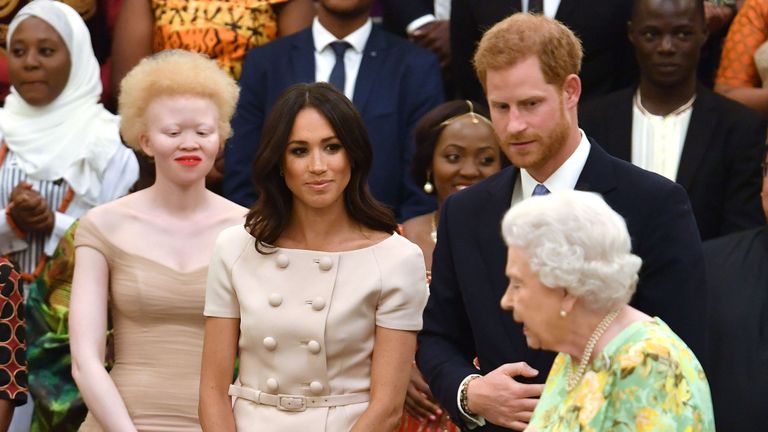 The household will be set up in the spring, most likely after the birth of the couple's first child.

A statement from the palace said:

“The Queen has agreed to the creation of a new Household for the Duke and Duchess of Sussex, following their marriage in May last year.

"The Household, which will be created with the support of The Queen and The Prince of Wales, will be established in the spring.

"The Duke of Sussex currently has his own private office, which has been supporting The Duchess since Their Royal Highness' engagement in November 2017.

"This long-planned move will ensure that permanent support arrangements for The Duke and Duchess’s work are in place as they start their family and move to their official residence at Frogmore Cottage."

popular
Balenciaga is suing production company following offensive ad campaign
The trailer for Channel 4's Vardy V Rooney: A Courtroom Drama has dropped
Olivia Wilde struggling after Harry Styles break-up
3 simple tips to get your nails in shape ahead of Christmas
Olly Murs slammed over 'misogynistic' lyrics in 'shocking' new single
"I've got nothing to hide": Ekin-Su confronts Davide over afterparty video
Tampax issues apology for uncomfortable tweet
You may also like
2 months ago
Prince Harry issues statement following death of Queen Elizabeth
2 months ago
Why Meghan Markle doesn't share photos of her children
2 months ago
5 things we learnt from Meghan Markle's most recent interview
3 months ago
Meghan Markle reveals Archie's nursery went on fire during royal tour
3 months ago
Prince William and Kate send birthday message to Meghan Markle
4 months ago
Harry and Meghan have apparently been given a rather mean nickname by neighbours
Next Page