"As someone who has been the target of bullying herself and is deeply committed to supporting those who have experienced pain and trauma."

Meghan Markle has been accused of bullying her former assistants while at Kensington Palace. The star is said to be "saddened" by the complaint that's been made about her and is calling it "an attack on her character".

The news comes just days before Meghan and Harry's big interview with Oprah Winfrey is set to be released to the world.

END_OF_DOCUMENT_TOKEN_TO_BE_REPLACED

The Times is reporting that the complaint in question was made back in October 2018 by her then communications assistant, Jason Knauf.

According to the report Meghan allegedly drove "two personal assistants out of the household and was undermining the confidence of a third staff member".

Meghan's spokesperson has released a statement saying: “The duchess is saddened by this latest attack on her character, particularly as someone who has been the target of bullying herself and is deeply committed to supporting those who have experienced pain and trauma." 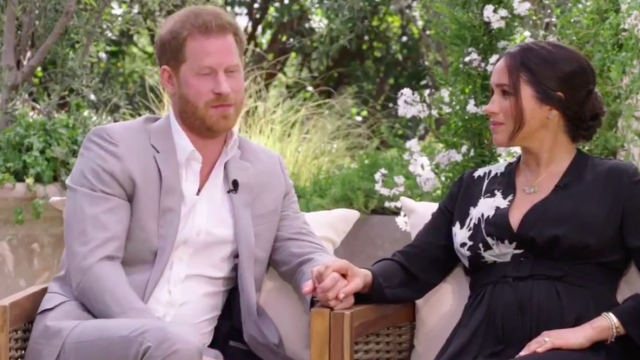 “She is determined to continue her work building compassion around the world and will keep striving to set an example for doing what is right and doing what is good.”

The Palace has yet to comment on the incident.

Meghan is in the papers a lot recently after herself and Prince Harry sat down with Oprah Winfrey to talk about their royal life while in the UK and since they left the royal family and moved to California.

END_OF_DOCUMENT_TOKEN_TO_BE_REPLACED

The highly anticipated interview with the queen of television is set to air this weekend in the states and is expected to be aired on Monday in the UK. ITV will air the sit down interview after they won a bidding war for the rights to the two hour special.

Teaser clips for the interview were released earlier this week, in which Harry speaks about his mother and his wife and their experience in the royal family: “I’m just really relieved and happy to be sitting here, talking to you, with my wife by my side, because I can’t begin to imagine what it must have been like for her [Diana], going through this process by herself, all those years ago.”

In dramatic promo clips, Winfrey asks Meghan if she was “silent or silenced”, Meghan doesn't say anything in either of the clips that were released.