Michael Owen has been caught off guard with a Love Island question about his daughter Gemma's appearance on the show, and to say he was embarrassed would be an understatement.

The footballer was left red raced live on TV when he was asked about Gemma, appearing on Channel 4 for the Live UEFA Nations League in Germany.

END_OF_DOCUMENT_TOKEN_TO_BE_REPLACED

It was almost immediately that the 42 year old was listening to jokes being made about his 19 year old daughter's dating life as he was introduced as "the father of Love Island’s Gemma Owen”.

Presenter Jules Breach joked: "The father of Love Island’s Gemma Owen, Michael Owen here with us, a big night for the Owens last night, Michael, how are you feeling today?”

Michael instantly put his hands over his face and replied: “Jules, I came all the way to Germany to try and avoid all that back at home, but you’ve brought it up straight away.

“I am feeling alright thank you. This is taking my mind off it so don’t bring it back up.” 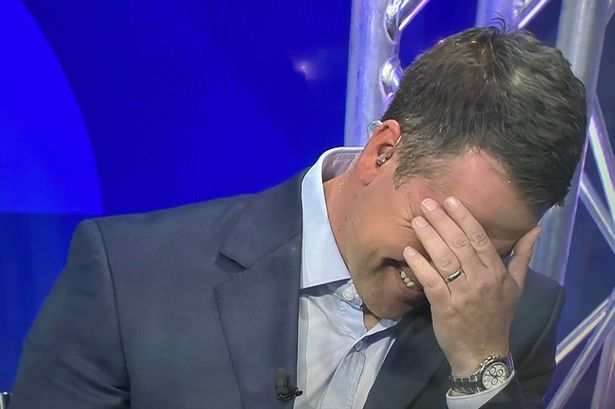 END_OF_DOCUMENT_TOKEN_TO_BE_REPLACED

Gemma appeared on the show on Monday night and was coupled up by the public with Liam Llewellyn.

But it was last night that things took a turn as the Italian bombshell Davide had a chance to "steal" one of the girls, choosing to go for Gemma.

Making his choice in front of his fellow Islanders, Davide said: “Naturally, it’s not been easy to choose because it’s only been 24 hours. It’s difficult to try and know everyone and try to make the right decision.”

END_OF_DOCUMENT_TOKEN_TO_BE_REPLACED

Meanwhile, others have said they feel uncomfortable about the age gap between the pair.

While both contestants are consenting adults, Davide is 27-years-old and Gemma is 19-years-old.

It comes after viewers threatened to make a complaint to Ofcom following Monday night's episode which showed Gemma kiss Davide during a game of truth or dare.