If you're a fan of the royals, of musicals or have watched absolutely everything on Netflix, we've some good news.

A stage musical based on the life of Princess Diana is coming to Netflix.

Diana: A New Musical had been due to open on Broadway in March but its launch was postponed due to Covid-19. 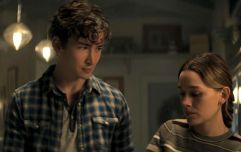 END_OF_DOCUMENT_TOKEN_TO_BE_REPLACED

With New York theatres unlikely to reopen until 2021, the musical is to be filmed in an empty theatre and will premiere on Netflix.

It will be the first time that a Broadway show has ever been shown on TV before opening to a live audience, reports the Guardian.

"We speak for the entire company when we say that we couldn’t be more excited to finally be able share our show with theatre lovers everywhere,” the producers said in a statement.

“Though there is no substitute for the live theatre, we are honoured to be a part of the quality entertainment that Netflix provides its subscribers worldwide.” 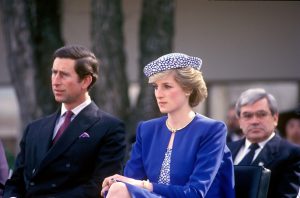 Though tragically short, the Princess of Wales's life was a bit of a crazy one and seems like the perfect material for a musical.

Diana follows her life from just before her marriage to Prince Charles in 1981 right up to her death in 1997.

It is the story of "the most famous woman of the modern age as she struggles to endure a spotlight brighter than any the world had ever known," according to its producers.

Netflix has not yet revealed when exactly the musical will begin streaming.

popular
You stars Victoria Pedretti and Dylan Arnold spark romance rumours
Viral TikTok shows how to keep warm wearing tights in winter
Channel 4's Breastfeeding My Boyfriend doc criticised for contributing to stigma
Japanese princess gives up royal title to marry college sweetheart
Brian Laundrie parents 'to cremate body with no funeral' amid mystery over cause of death
New period drama A Very British Scandal starring Claire Foy is coming to TV soon
Late Late Show viewers are not happy with Ryan's questions for Billy Connolly
You may also like
1 day ago
You can now get paid to watch Netflix and nap
5 days ago
Squid Game fans mistake Niagra Falls footage for season 2 film set
6 days ago
Selling Sunset season 4 is coming to Netflix next month
1 week ago
To All The Boys is officially getting a spin off series
1 week ago
WATCH: The first trailer for Ozark Season 4 just dropped
1 week ago
Well that final episode of You was a lot, wasn't it?
Next Page