Pamela Anderson has returned to social media with some great news, she's making her own tell-all documentary with Netflix.

The actress has taken a step back from the spotlight in recent years, and the new documentary comes as the Disney+ series Pam and Tommy aired last month.

END_OF_DOCUMENT_TOKEN_TO_BE_REPLACED

The series took a look into Pamela's relationship with her first husband Tommy Lee and their infamous sex tape which was stolen and leaked.

While the show delved into her life, Pamela was not involved in the creation of the show, with her friends reportedly being concerned she was "re-traumatised" by it.

She kept quiet when it came to her thoughts on the show, but is now having the last word as she wiped her social media only to return to announce the documentary.

She wrote: "My life. A thousand imperfections. A million misperceptions. Wicked, wild and lost. Nothing to live up to. I can only surprise you. Not a victim, but a survivor. And alive to tell the real story."

END_OF_DOCUMENT_TOKEN_TO_BE_REPLACED

Pamela is working with director Ryan White, who previously worked on Netflix docuseries The Keepers and 2019’s Ask Dr Ruth.

Pamela's eldest son, Brandon Thomas Lee, is also one of the producers. 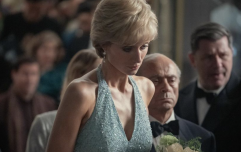 END_OF_DOCUMENT_TOKEN_TO_BE_REPLACED

Netflix added: "The film, which has been in the making for several years, will feature the pop culture icon setting the record straight as she looks back on her professional path and her personal journey."

Netflix also stated that the documentary has been in the works for many years despite fans being convinced that it is coming out due to the success of the Disney+ series.

Friends to the Baywatch star said in May of 2021 that she is unhappy the show exists at all, with Courtney Love claiming that it caused her "complex trauma".

A source also told Entertainment Tonight that it was "very painful for Pamela Anderson and for anyone that loves her."

popular
Gwen Stefani reportedly pregnant with baby number four
Kelsey Parker speaks out about moving on after Tom's death
Someone has ranked the penis size of men from all over the world
Kim Kardashian addresses Balenciaga's disturbing campaign
Why Are Men so Obsessed With Boobs? The Answer is Pretty Surprising...
Shawn Mendes (24) is reportedly dating Dr Jocelyne Miranda (50)
Here's what happens on every day of your menstrual cycle (roughly)
You may also like
6 days ago
Glass Onion: A Knives Out Mystery is a dazzling satire
2 weeks ago
Netflix renews controversial Monster series for 2 more seasons
3 weeks ago
WATCH: The trailer for Dead to Me is here
3 weeks ago
'Incredible' Netflix drama series is so good people are binge-watching it in one night
3 weeks ago
Millie Bobby Brown says Henry Cavill sets her 'strict' boundaries in their friendship
3 weeks ago
Netflix reveals full line-up of new shows and movies arriving in November
Next Page