Emma Stone has been named the highest paid actress in the world.

The 28 year old topped Forbes' annual listing of the best paid stars, with an impressive $26 million in earnings between June 2016 and June 2017.

Friends star Jennifer Anniston took the second spot on the list, with an estimated $25.5 million over the same time period. 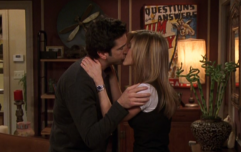 END_OF_DOCUMENT_TOKEN_TO_BE_REPLACED

Hunger Games star Jennifer Lawrence slipped to third on this year's list with $24 million in earnings.

This makes it the first time since 2014 that she has not topped the list.

Melissa McCarthy and Mila Kunis finished out the Top 5 on the list, with $18 million and $15 million in earnings, respectively.

Emma Watson as the list's sole newcomer this year, tying for sixth place with Charlize Theron.

Meanwhile, Cate Blanchett and Julia Roberts tied for eighth on the list with $12 million each.

Amy Adams rounded out the Top 10 not too far behind, with an estimated $11.5 million.

But only three women broke the $20 million mark this year, compared to four women on last year's list.

popular
Tributes paid to Limerick based blogger and model Patrick McLoughney
Simon Harris gives three urgent options for easing restrictions next week
Another Strictly star has pulled out of the live show
This TikTok hack shows you how to pack more despite baggage allowance
Not going anywhere: Baby names set to stay popular for the next decade
Lidl closing early this weekend to thank staff for hard work
This is how much 91-year-old Queen Elizabeth drinks every day
You may also like
2 months ago
Real life Ross and Rachel? The craziest celeb dating rumours we've ever heard
2 months ago
Jennifer Aniston and David Schwimmer are apparently dating in real life
2 months ago
Jennifer Anniston perfectly explains why she cut ties with anti-vaxxers
2 months ago
Jennifer Aniston cuts ties with all the anti-vaxxers in her life
4 months ago
WATCH: Here's the first look at The Morning Show season two
4 months ago
Matthew Perry breaks down in tears during upcoming Friends reunion
Next Page