Prince Charles is reportedly considering a role in the new James Bond movie.

The 70-year-old was said to have been offered a cameo when he visited the set and met Daniel Craig a few weeks ago.

If he does take the role, the Prince of Wales would follow in the footsteps of his mum, The Queen, who had a brief part in DannyBoyle's tribute to the film ahead of the 2012 Olympics.

"They loved the buzz around the Queen’s appearance alongside Daniel Craig and think Charles could top even that.

"He is the epitome of everything British, perfect for a cameo role and Bond fans worldwide would absolutely love it.

“When he visited the film set a few weeks ago it was discussed. Now he is considering it.” 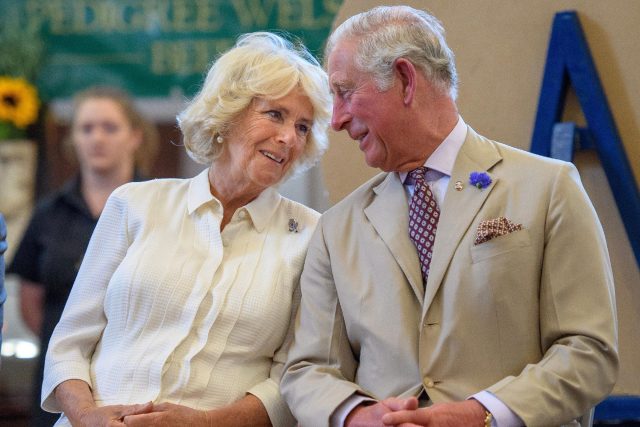 An insider said that Prince Charles joining the film "could be just what the movie needs", after it has been hit with issues since filming began earlier this year - including Daniel Craig injuring his ankle.

And while they admitted that any "confirmation of a cameo is likely to be kept top, top secret," a source told the publication how a role in the 25th Bond would be "particularly appropriate" for Prince Charles.

“Charles is a patron of both the British Film Institute and the intelligence services, so a role in the 25th Bond would be particularly appropriate for him.

“Any confirmation of a cameo is likely to be kept top, top secret. But if Charles doesn’t go for it Harry and Wills could be in producers sights next.”

popular
Britney Spears asks fans to respect her privacy after police call to house
Stacey Solomon reveals she's having a baby girl
Adam Collard opens up on dating life since Paige Thorne split
Gaz Beadle reveals his wife Emma McVey is undergoing heart surgery
Barry Keoghan dedicates Oscar nomination to his baby son
Mum who lost baby after home birth claims maternity hospital failed to share medical details
Dancing with the Stars viewers furious after judges overscore Suzanne Jackson
You may also like
4 months ago
Prince Charles issues statement after becoming King
5 months ago
WATCH: The trailer for HBO's Diana documentary is here
10 months ago
Prince Charles and Camilla meet with family of Ashling Murphy during Tipperary visit
11 months ago
Security operation underway with Prince Charles and Camilla set to visit Ireland next month
11 months ago
Camilla issues statement after being named future Queen Consort
1 year ago
A slice of cake from Charles and Diana's wedding is up for auction
Next Page