The 97-year-old wrote a letter of apology to one of the women involved in the crash.

It's been over a week since Prince Philip's Land Rover collided with another car on the Sandringham Estate in Norfolk.

The 97-year-old was involved in a crash that caused injury to 46-year-old Emma Fairweather, who has been vocal about her disappointment over the Duke of Edinburgh's lack of contact since the incident.

In a typed letter, however, the Prince has now reached out to Ms Fairweather in a letter of apology.

The Daily Mail published a copy of the letter in which Prince Philip said the crash occurred as a result of the winter sun obscuring his vision:

“I would like you to know how very sorry I am for my part in the accident at the Babingley cross-roads.

“I have been across that crossing any number of times and I know very well the amount of traffic that uses that main road.

"It was a bright sunny day and at about three in the afternoon, the sun was low over the Wash.

“In other words, the sun was shining low over the main road. In normal conditions I would have no difficulty in seeing traffic coming from the Dersingham direction, but I can only imagine that I failed to see the car coming, and I am very contrite about the consequences.

“I was somewhat shaken after the accident, but I was greatly relieved that none of you were seriously injured.

“As a crowd was beginning to gather, I was advised to return to Sandringham House by a local Police Officer. I have since learned that you suffered a broken arm. I am deeply sorry about this injury. 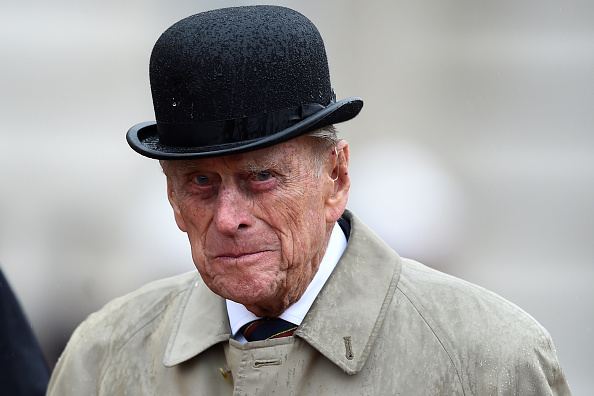 He concluded, “I wish you a speedy recovery from a very distressing experience.” Ms Fairweather has been vocal about her pursuit of a compensation claim.

The Duke of Edinburgh is the oldest royal to be involved in a car crash.

popular
You can now get paid to watch every episode of Grey's Anatomy
POLL: Vote now to see which side you're on in this Irish head-to-head battle
Love Island fans spot Millie and Liam doing same weird gesture in bed
Joanna Cooper's first intimates brand has just dropped
18-year-old TikTok star Timbo the Redneck dies after stunt goes wrong
Love Island: Kaz's family issue statement after "vulgar racist abuse"
Love Island: You need to see Millie's dad's Instagram
You may also like
3 months ago
3 today! The Duke and Duchess of Cambridge have shared a new picture of Prince Louis
4 months ago
George, Charlotte and Louis make Mother's Day cards for Granny Diana and reveal "papa misses you"
4 months ago
The Queen has been gifted two new corgi puppies to "keep her company" at Windsor Castle
5 months ago
Meghan Markle is pregnant with baby #2
1 year ago
Kensington Palace released some gorgeous new snaps of Prince Louis in honour of his birthday
2 years ago
The clever reason why Prince Harry and Meghan Markle turned this image black and white
Next Page