The rapper's ex-girlfriend shared photos of herself with a bruised eye on Instagram.

Rapper Tyga was arrested in a felony domestic violence investigation on Tuesday morning and later released on a $50,000 (€43,245) bail.

According to E! News, Tyga - whose real name is Michael Stevenson - turned himself in to the Los Angeles Police Department after ex-girlfriend Camaryn Swanson alleged he had “emotionally, mentally and physically" abused her. 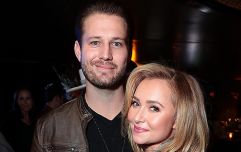 Hayden Panettiere's boyfriend has allegedly been arrested for domestic violence

END_OF_DOCUMENT_TOKEN_TO_BE_REPLACED

TMZ is reporting that a source informed them Camaryn, who was allegedly under the influence, went to Tyga's residence at 3AM on Monday morning and began "shouting at the top of her lungs."

During a heated argument, the rapper allegedly put his hands on Camaryn.

Law enforcement sources told TMZ that Camaryn called the police after her mother picked her up from Tyga's house following the alleged incident. Responding officers saw "visible marks" on her body.

Camaryn later posted photos of herself showing injuries she said she sustained during the incident.

She shared images of herself with a bruised eye to her Instagram stories, along with screenshots of text messages between the two, showing Tyga ordering a car for her to come to his home. She claims she did not show up to his residence uninvited. 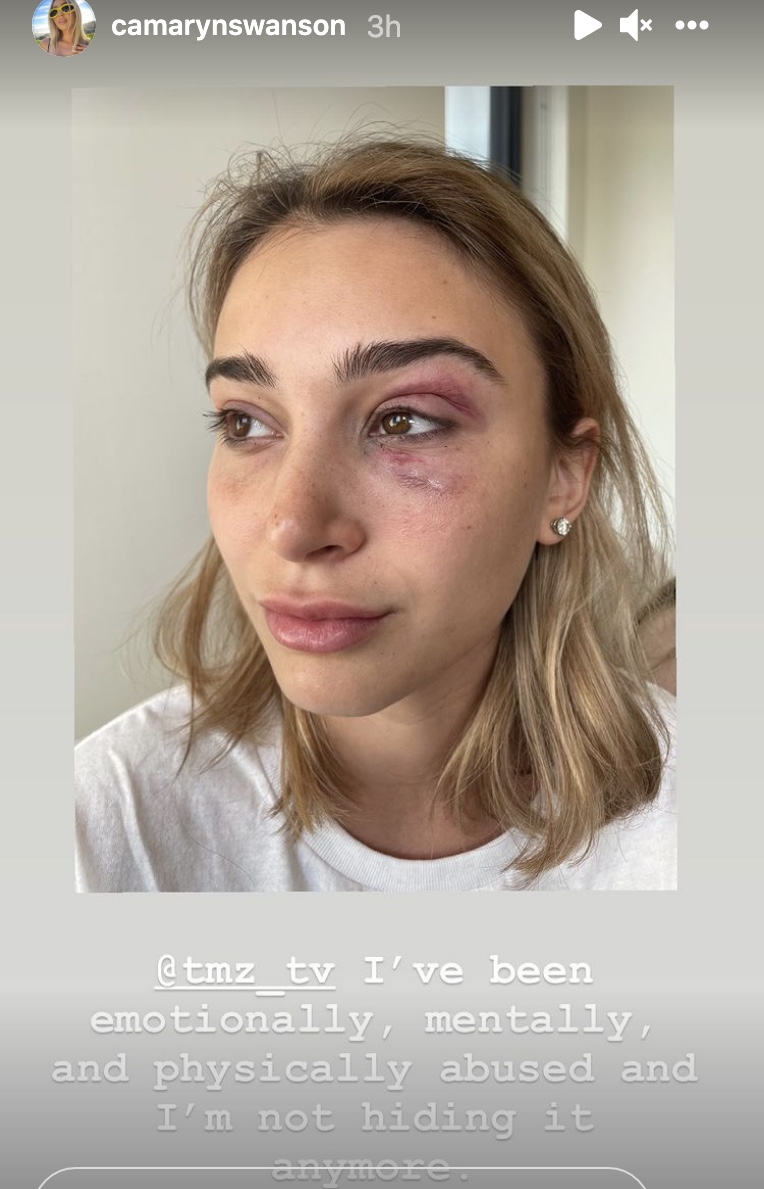 "I didn't show up 'screaming' or uninvited. When I tried to leave he physically assaulted [me] and refused to let me leave for hours. 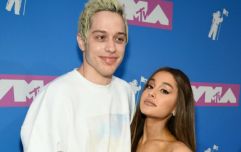 END_OF_DOCUMENT_TOKEN_TO_BE_REPLACED

"I'm so embarrassed and ashamed it had to get to this but I have to stand up for myself.

"I've been emotionally, mentally and physically abused and I'm not hiding it anymore."

Camaryn reportedly started dating Tyga earlier this year but it is not known when the couple broke up. The rapper previously dated reality TV star Kylie Jenner and American model Blac Chyna.

Tyga is said to be cooperating fully with the LAPD. He has yet to comment on the allegations.

popular
How to turn 20 days of annual leave into 50 days off
Richard Madeley under fire for comments about Kate Middleton's waist
70-year-old woman reportedly becomes first-time mum after welcoming baby boy
Man arrested after woman raped on train as passengers filmed it
The First Quadrillionaire? Paypal Accidentally Gives Man $92 Quadrillion
Someone has ranked the penis size of men from all over the world
WATCH: The first trailer for Ozark Season 4 just dropped
You may also like
3 years ago
BREAKING Rapper Mac Miller is dead aged just 26
3 years ago
Kanye West latest interview pushed people too far and they're hitting back
3 years ago
Details about the HUGE new gaff Kylie Jenner is building have emerged
3 years ago
'Love of his life...' Chloe Grace Moretz has been granted a restraining order
3 years ago
The woman accusing Ryan Seacrest of sexual misconduct wants MONEY
4 years ago
'Unexpected but amazing...' 11 things we know about Kylie's pregnancy
Next Page