A judge ruled in Rooney's favour earlier this year.

After being ordered to pay Coleen Rooney £1.5 million in legal fees, Rebekah Vardy has called for the money to be donated to charity, in the hope that something "good" may come of the debacle.

Earlier this year, a judge ruled in Rooney's favour after determining that she did not defame Vardy in an Instagram post saga that has now become known as 'Wagatha Christie". 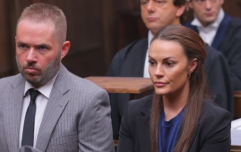 Your first look at the Wagatha Christie courtroom drama

END_OF_DOCUMENT_TOKEN_TO_BE_REPLACED

In a now famous Instagram post, Rooney explained that she planted false stories on her private Instagram story and configured the settings so that they could only be seen by one account - Rebekah Vardy's. The stories Rooney planted ended up appearing in the press.

Vardy denied leaking the stories and accused Rooney of defaming her, but the judge ruled in the latter's favour, and ordered Vardy to pay for Rooney's legal fees, which total £1.5 million. The first payment of £800,000 must be paid by 4pm on 15 November. 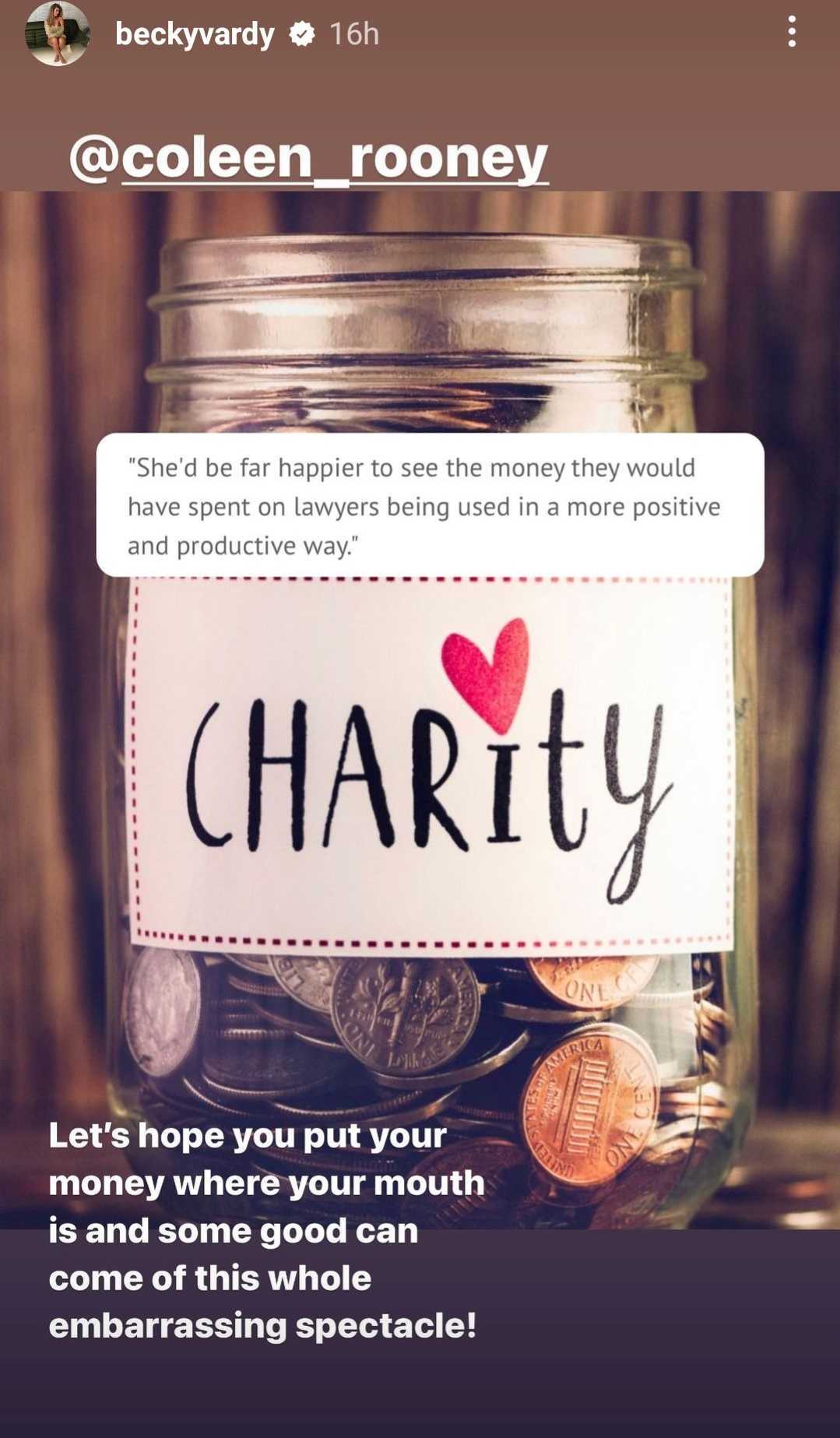 At the conclusion of the legal case, Justice Steyn ruled that it was "likely" that Vardy's agent Caroline Watt "undertook the direct act" of passing the content of Rooney's Instagram stories onto The Sun. 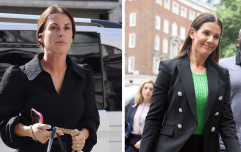 A Wagatha Christie play will hit the West End next year

END_OF_DOCUMENT_TOKEN_TO_BE_REPLACED

She said: "Nonetheless, the evidence … clearly shows, in my view, that Mrs Vardy knew of and condoned this behaviour, actively engaging in it by directing Ms Watt to the private Instagram account, sending her screenshots of Mrs Rooney’s posts, drawing attention to items of potential interest to the press, and answering additional queries raised by the press via Ms Watt."

Now, Vardy has called on Rooney to donate her legal feels to charity. In a post on Instagram, she pasted a screenshot quoting a friend of Rooney's which said of her: "She’d be far happier to see the money they would have spent on lawyers being used in a more positive and productive way."

Vardy then wrote: "Let’s hope you put your money where your mouth is and some good can come out of this whole embarrassing spectacle."