The Weeknd changed gigs to be with Selena during kidney transplant

He's been one of her "biggest supports".

Selena Gomez's boyfriend The Weeknd made sure to do everything he could to be by her side during her medical emergency this summer.

The pop star revealed in an emotional Instagram post on Thursday that she had undergone a kidney transplant over the last few months in her fight against Lupus. 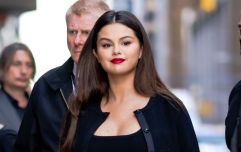 END_OF_DOCUMENT_TOKEN_TO_BE_REPLACED

The 25 year old, who was diagnosed with Lupus in 2015, explained that she would be opening up about her "journey" soon as she thanked her best friend Francia Raisa's "ultimate gift and sacrifice".

And her boyfriend of nine months, The Weeknd, has reportedly been a rock for the singer and actress during the difficult time.

According to People, the R&B star, named Abel Tesfaye, had rescheduled his summer gigs so he could be there by Selena's side.

And a source close to the singer told the publication that The Weeknd has been one of Selena's "biggest supports".

“Abel has been one of her biggest supports. She had been traveling with him on his tour and he was off during her surgery and right after during her recovery.

“He’s been very caring and it’s meant a lot to her to have him by her side.” 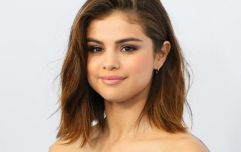 END_OF_DOCUMENT_TOKEN_TO_BE_REPLACED

It comes after TMZ reported that Selena Gomez reportedly went into kidney failure while she was visiting The Weeknd on tour.

The singer was said to already be on the transplant list when she  got into difficulties in May.

She was reportedly rushed to a Chicago hospital with her boyfriend "right by her side".

popular
16 and Pregnant star Jordan Cashmyer dies aged 26
Gardaí seize two cars linked to Ashling Murphy death as they question new suspect
A celebrity hairstylist just shared a genius hack for the perfect messy bun
Here's where all the 149 tickets that won €36,687 in Saturday's Lotto were sold
Louise Thompson cries "20 times a week" due to PTSD following birth of son Leo
Dancing on Ice professional Sean Rice dies at 49
"This has to end": Vicky Phelan pays tribute to Ashling Murphy
You may also like
4 months ago
Review: Selena Gomez's Rare Beauty is an absolute dream
6 months ago
Opinion: Selena's swimwear photoshoot needs to open the conversation more
2 years ago
Selena Gomez gave her 6-year-old sister the sweetest advice before the Frozen 2 red carpet
2 years ago
WATCH: Camila Cabello and Shawn Mendes put on a STEAMY performance at the AMAs
2 years ago
Selena Gomez is getting slammed for singing 'off key' during the AMAs last night
2 years ago
Dua Lipa is bringing out new music and the cover looks like a 90s throwback
Next Page