Tracy Clifford: "Half the population are female, you have to be represented on air."

We caught up with Tracy to chat music, radio and why representation can't be a "box-ticking" exercise.

"I've been in radio for 20 years," Tracy Clifford says as her glam team prep her for our digital cover shoot. "Which is crazy because I'm only 10."

Jokes aside, the 2FM presenter has carved out an impressive career for herself on the Irish airwaves since she began broadcasting on pirate stations as a kind of passion project. She then found work as a journalist on various stations but in 2008, fed up of reading stories about recession, emigration and the IMF, her boss suggested she try her hand at hosting a breakfast show.

"I was like, 'Excuse me, I'm a journalist!'" she says. "'How very dare you!' And then I did it, had the craic, and here I am 14 years later, still doing entertainment radio." 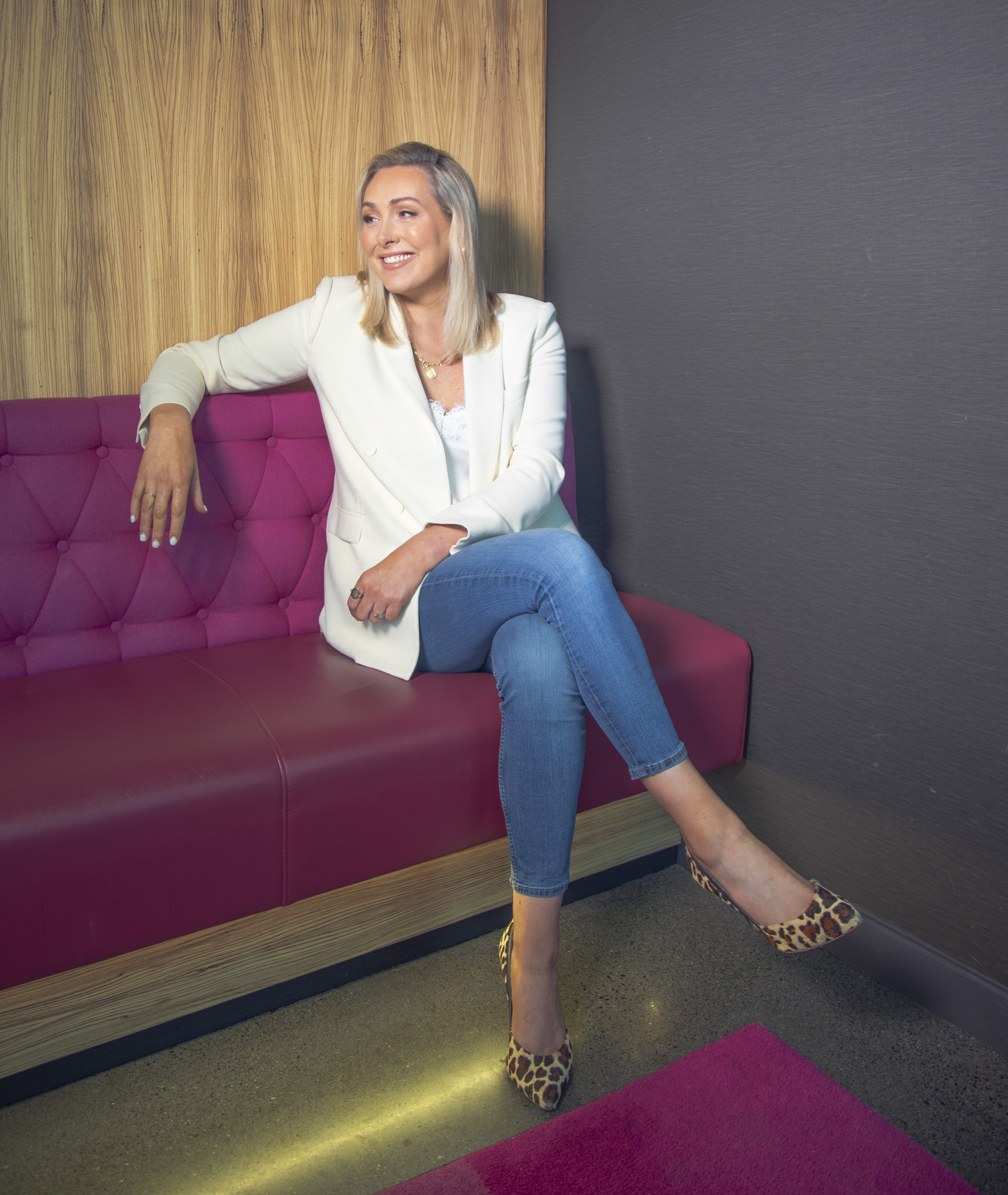 Over that period, the landscape of Irish radio has changed, particularly in the diversity of voices we get to hear. When I ask what it was like to witness changes unfurl from the inside, Tracy recalls how she got to work with stations where gender equality was always a priority.

"Women were always the drivers of what was being put on air at the radio stations I worked in," she explains. "And then I worked in the Dublin station of Spin and they made it their business when they got their licence to have 50/50 broadcasting males and broadcasting females."

"Half the population are female, you have to be represented on air."

When she moved to 2FM, her appointment to having her own afternoon show was seen by the press as a "big deal", but Tracy didn't view it that way at all.

"I came from a radio station that was historically completely equal. And 2FM were absolute ball-breakers in getting females on-air. Compared to other radio stations, we are streets ahead. Half the population are female, you have to be represented on air. It's a no-brainer and other radio stations should be doing that." 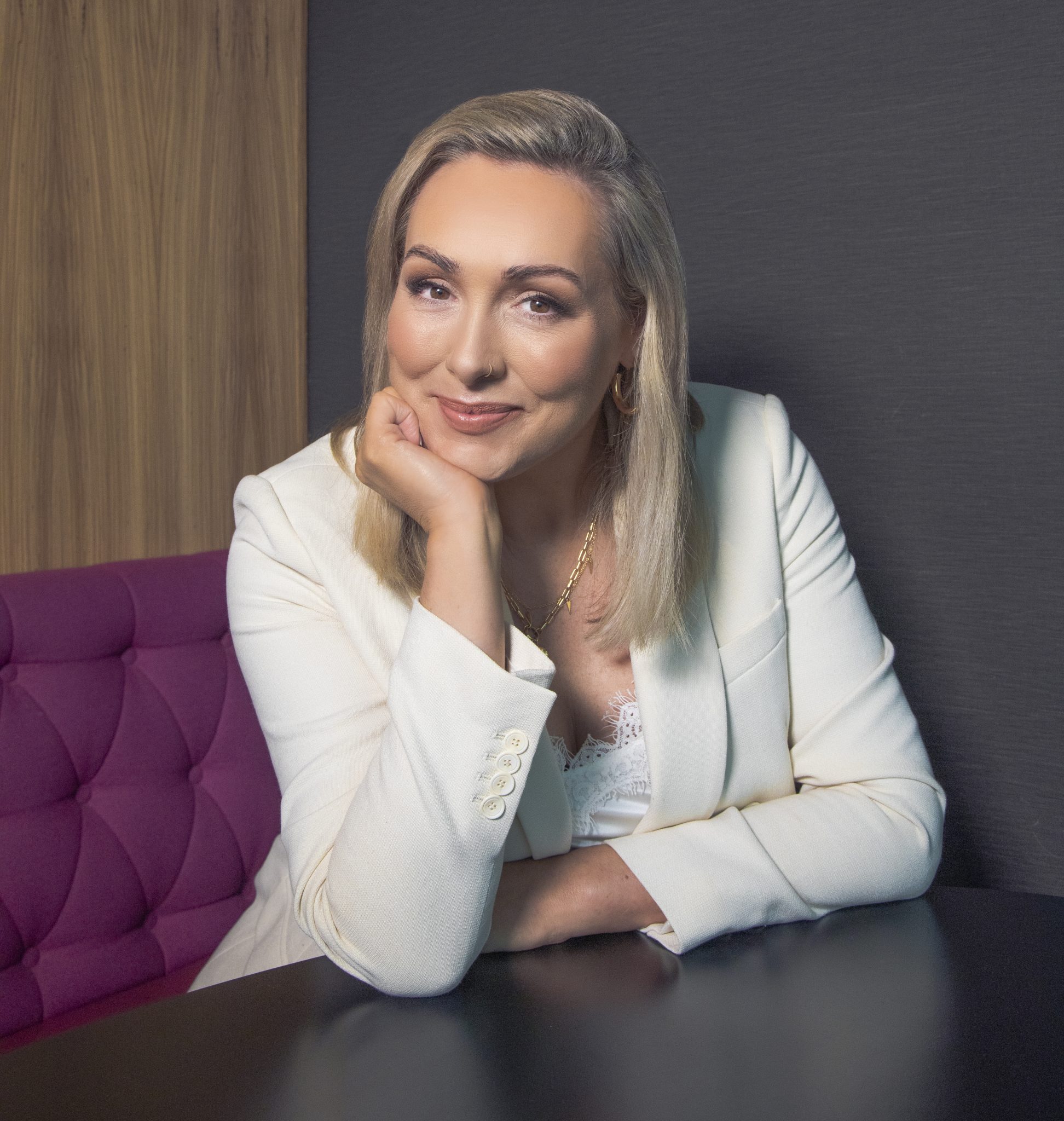 But gender equality goes beyond the presenters themselves. It's also about the music that gets played, and Tracy ensures that female artists get a decent look in. Over the past few years, the #WhyNotHer campaign has been drawing attention to the disparity among Irish music stations when it comes to playing music by female artists. Striving for better representation in the music she plays isn't something Tracy does consciously. Instead, it's a consequence of the depth of the Irish musical talent pool.

"I have to make sure I’m playing the music I like, and it just so happens that most of the music I like is by Irish females. It wasn’t a box-tick exercise on 2FM at all, it was more like, this is great music, we’re playing it. And it's also down to listeners, and what music they’re listening to as well."

She continues: "I think that we probably do have a massive responsibility and I do feel that we are endeavouring to make sure that there is equality on the playlist between the sexes. It's great quality music! It’s not a hard slot to fill, so I don’t know why other people aren’t following suit.”

Tracy pauses to reflect on some of her favourite female Irish artists – Denise Chaila, Lyra, Gemma Dunleavy – with gusto.  She talks about music emphatically, and shares the duty she feels to impart that passion onto her listeners. She also understands radio's power to connect with others.

"Radio makes you laugh. You just have the craic, and I think with Irish people, that’s what we like to do."

"During the pandemic, I really felt that the radio was like a friend to people. It was a voice and it was comfort. For some people, the radio might be the only voice they hear in a day."

Tracy points to Ireland's relationship with the radio, and its enduring power even in the era of streaming.

"The difference between radio and Spotify is that you get someone’s opinion. Someone’s a taste-maker. There is a personal touch to it. Whereas on Spotify, it’s an algorithm. Radio makes you laugh. You just have the craic, and I think with Irish people, that’s what we like to do." 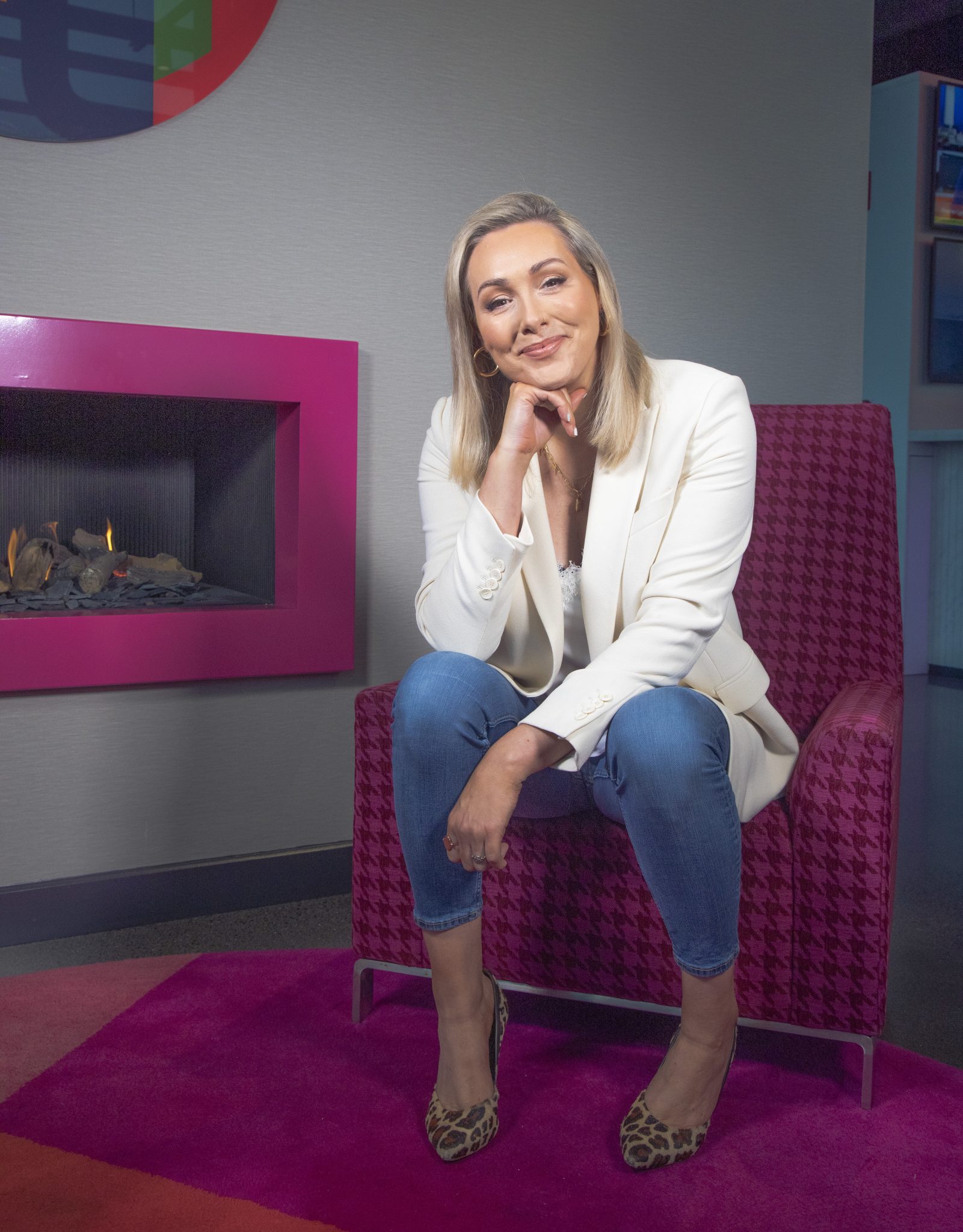 Indeed, a career in radio let Tracy marry her two main interests – music and having the craic. Needless to say, she's more than equipped for her next big project: The Ultimate Irish Playlist on RTÉ One.

"It's two hours of deadly Irish music," Tracy says. "It's going to be brilliant. It’s all voted for by the Irish public, which was over 100,000 votes. It’s a trip down memory lane.

She warns, however, that the show may spark debate among viewers.

"There are some songs there that will polarize people completely, people will be having arguments about it. People might be like, 'That shouldn’t be on the list,' but there's definitely something for everyone."

As a presenter, Tracy must remain impartial, but admits that this was easier said than done once voting got underway.

"When we were doing the whole list of 100 artists, we had to whittle it down to 60 and then we put the 60 on the website for the listeners to choose their favourite top 20. And it was so hard to choose.

"Irish music in the past 20 years has changed massively compared to Ireland in the 80s or before that in the 70s. It was kind of guitar-based then. Whereas now, we’ve got more urban Irish music which is doing so well. I was pushing forward really great Irish artists at the moment, then you’d have Dave Fanning pushing artists like U2, Van Morrison, all other bands like that. You have all different DJs, with different genres and different loves and different tastes, so it’s quite a melting pot. I was trying to get my songs in there, and a couple of them have made the list. Not all of them, but hey, that’s democracy, isn’t it?"

We can also expect a few delightful surprises on the list.

"There are songs that are there because of the feelings they evoke, rather than being fabulously musical," she says with a knowing wink. 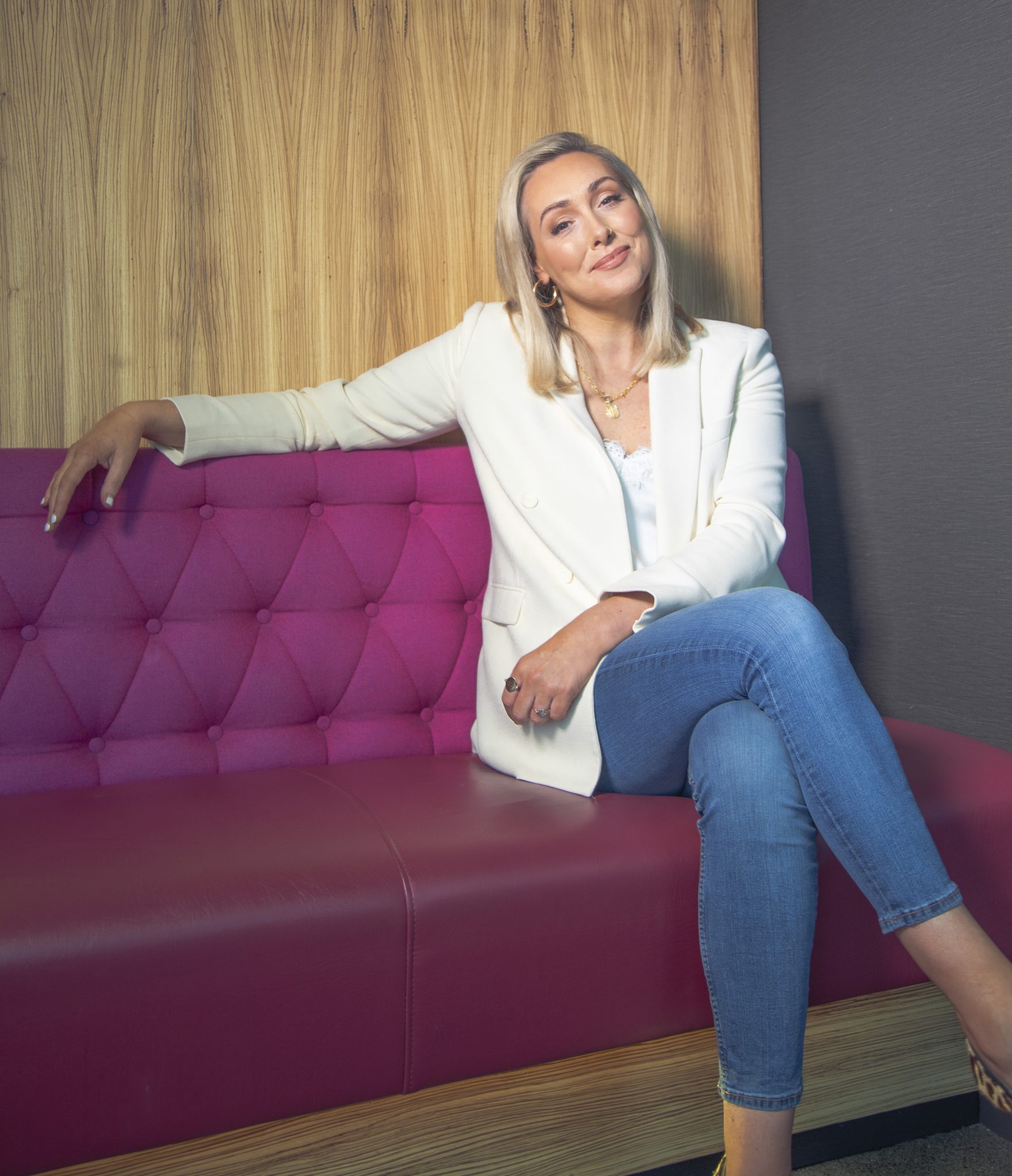 As Tracy's career moves from strength to strength, I ask how she copes with becoming a household name, but she simply doesn't see herself in that light. In fact, she's a little embarrassed by the idea that she's an online personality or an influencer. Instead, she'd much rather focus on her work and the task at hand.

"I see myself as a radio presenter. I just look at myself as being very lucky to work in this industry for so long. I do like to keep my head down and just keep working, and that’s how I do it."

The Ultimate Irish Playlist airs Monday 31st October at 9:35 pm on RTÉ One.

Hair by Bernadette Byrnes and makeup by Sandra Gillen