So with the reboot of Gilmore Girls making its way slowly (SO SLOWLY) to Netflix later this year, I have intensified my usual Gilmore Girls watching to new levels of sad.

I used to be a recreational watcher, re-watching two or three (maybe four) seasons over the course of a year – that's normal, right? In my defense, I mostly watched on hangover days. However since the reboot was announced, I've embarked on an epic all-seven-series'-from-the-start re-watch. I've also discovered that I am not alone in this obsession. Once the reboot was announced, I realised there're literally thousands of us Gilmore Nerds out there. But when does healthy obsession tip into borderline mania? I've helpfully compiled a list...

Here're 10 Signs That You Have Gone Way Too Deep on Gilmore Girls:

1.
You've often wondered where Lane's dad is? Gilmore Nerds will know that in earlier series she frequently referred to her "parents" but ne'er a sign of the elusive Mr. Kim. Did Mrs. Kim keep him locked up in an antique sideboard? 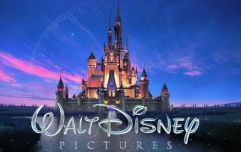 10 Things... That Happen in Every Classic Disney Film

END_OF_DOCUMENT_TOKEN_TO_BE_REPLACED

3.
You know that Kirk's body was kind of weird. We love, him but there was something a little unusual about the chest area. Don't get me wrong I still definitely would, but it's just something I've often thought about. Kirk's naked body. Yes I've taken this thing way too far. 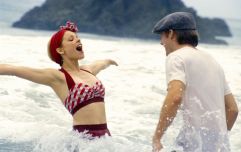 10 Things... Romantic Comedies Have Taught Us

END_OF_DOCUMENT_TOKEN_TO_BE_REPLACED

4.
You are adamant that everyone BRILLIANT got their start on Gilmore Girls. This means that as Gilmore Nerds we can smugly claim to have "discovered" everyone from Melissa McCarthy to Liza Weil (pre Scandal and How To Get Away With Murder) and Matt Czuchry (pre The Good Wife) to Krysten Ritter (pre Breaking Bad and Jessica Jones).

5.
You have never recovered from the fact that a proposed spin off series based on Jesse in California never saw the light of day. Devo. Jesse 4Eva.

6.
You've gone on DEEP googles of the millions of pop culture references that littered the show. It's how you learned about such important cultural figures as Big Edie and Little Edie of Grey Gardens; Arcade Fire (PRE Neon Bible) and The Donna Reed Show.

A true Gilmore Nerd would also know that this quote is talking about the Donna Reed Show. Impressed with my encyclopedic knowledge of this niche subject? I thought so.

7.
You know that everyone cool in music graced Stars Hollow. Hello... Yo La Goddamn Tengo were there at one point.

8.
You're disdainful of late adopters. Since the Gilmore Revival exploded on to the cultural landscape, we're coming across loads of Gilmore Girls "Fans" but they have nothing of our dedication. How many times have THEY rewatched all seven series' back to back? They don't even know how many jobs Kirk has held during the show's run (43). For Eff's sake, they don't even know that Kirk wasn't always Kirk, that in early episodes before he was Kirk he was Mick the DSL installer and another un-named Swan delivery man. *Draws breath* Just saying'.

9.
You're tired of the Jess/Dean/Logan debate because *HELLO!* Tristan should have had a better outing. And don't get me started on Dave Rygalski.

10.
The fabled four final words that the show's creator Amy Sherman-Palladino wanted to conclude the series with is a mystery that consumes you to this day… anyone? Is this just me? I recognise that I really need to move on at this point. After November of course.

popular
Here is the reported I'm A Celeb All Stars line-up
Two Love Island 2022 stars have just become step siblings...
Molly Mae Hague shares emotional moment she discovered she was pregnant
Abducted in Plain Sight: True crime drama follows girl who was kidnapped twice by the same man
Female child rushed to hospital after violent incident in Co. Clare
Young girl found injured in Co. Clare house is in critical condition
Here's when Florence Pugh's new Irish film lands on Netflix
You may also like
3 years ago
The 10 stages of a relationship as told through sexual positions
4 years ago
10 people you WILL meet at brunch this weekend
5 years ago
10 thoughts every girl has before starting a health kick
5 years ago
Six things that you and your siblings are guaranteed to get up to at Christmas
5 years ago
10 things all girls do (but will never admit to)
6 years ago
10 Things only Altar Servers will be able to relate to
Next Page