Curling up on the couch and catching up with an episode (or two…or even three) of our favourite TV show is the perfect way to spend an evening.

From The Queen’s Gambit to The Boys, Love Is Blind to The Mandalorian, there’s been no shortage of bingeworthy TV this year.

And, thankfully, that looks set to continue into next year, with a number of our favourites returning to our telly screens — and some amazing new shows, too.

So you better mark the calendars, because here are 14 TV shows that everyone is going to be talking about in 2021.

Beginning on New Year’s Day on BBC One, The Serpent stars Tahar Rahim as “one of the most elusive criminals of the 20th century”.

Charles Sobhraj (Rahim) was the chief suspect in the unsolved murders of up to 20 young Western travellers across India, Thailand and Nepal’s ‘Hippie Trail’ in 1975 and 1976. Psychopath, con man, thief and master of disguise, having slipped repeatedly from the grasp of authorities worldwide, by 1976 serial killer Sobhraj was Interpol's most wanted man and had arrest warrants on three different continents.
When Herman Knippenberg (Howle), a junior diplomat at the Dutch Embassy in Bangkok, unwittingly walks into Sobhraj’s intricate web of crime, he sets off an extraordinary chain of events that will see Knippenberg seek to bring Sobhraj to justice for his terrible crimes.

END_OF_DOCUMENT_TOKEN_TO_BE_REPLACED

ITV’s newest dating show — which kicks off in January — will see the singletons face the “most revealing first date of their lives”. Because from the moment they meet, they’re going to have to move in together to see if the sparks will really fly.

Their date begins in their very own exclusive log cabins, complete with simmering hot tubs and set in beautiful surroundings within the UK. Nestled together in their intimate cabins, the singletons will have quality time to really get to know their date. Having made it through the first 24 hours they then have to decide if they would like to spend more time together - or call it a day and walk away. 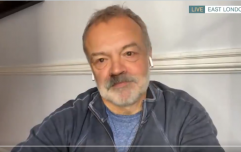 END_OF_DOCUMENT_TOKEN_TO_BE_REPLACED

Another series that begins next month, the drama is adapted from the true crime book The Pembrokeshire Murders, written by Senior Investigating Officer Steve Wilkins and ITV news journalist Jonathan Hill.

Two unsolved double murders from the 1980s cast a shadow over the work of the Dyfed Powys police force. In 2006, newly promoted Detective Superintendent Steve Wilkins decided to reopen both cases. Employing pioneering forensic methods, Wilkins and his handpicked team found microscopic DNA and fibres that potentially linked the murders to a string of burglaries committed in the 80s and 90s. The perpetrator of those robberies was nearing the end of his prison sentence, but if Steve Wilkins was right, he was also a serial killer ... Could Steve and his team find enough forensic evidence to charge their suspect before he was released to potentially kill again?

Kate and Tully meet as young girls and become inseparable best friends throughout thirty years of ups and downs, successes and failures, depression and disappointments. When an unthinkable betrayal breaks them apart, the two women go their separate ways and it’s unclear whether they will ever be able to reconcile.

The series, released in February 2021, is based on the novel of the same name by New York Times bestselling author Kristin Hannah, who serves as co-executive producer.

Julia Garner & @AnnaChlumsky will star in Inventing Anna, a 10-episode limited series and created by @shondarhimes & @BeersBetsy about con artist Anna Delvey (Garner) and the reporter (Chlumsky) determined to get her story. pic.twitter.com/C6s3wtaR7U

Another series that will be at the top of everyone’s Netflix queues is Inventing Anna, which is inspired by the New York Magazine article “How Anna Delvey Tricked New York’s Party People” by Jessica Pressler. No release date has been set just yet, however it is expected that we’ll see it on screen by the end of next year.

It follows a journalist with a lot to prove, who investigates the case of Anna Delvey, the Instagram-legendary German heiress who stole the hearts of New York’s social scene – and stole their money as well.  But is Anna New York’s biggest con woman or is she simply the new portrait of the American dream? Anna and the reporter form a dark, funny love-hate bond as Anna awaits trial and our reporter fights the clock to answer the biggest question in NYC: who is Anna Delvey?

That's a wrap on MIDNIGHT MASS. It has been an extraordinary, unprecedented production, and I cannot be prouder of this amazing cast and crew. In fact - and I do not say this lightly - this has been the best production experience of my career.

And another series from the creator of The Haunting of Hill House looks to be on the way in 2021, too. Mike Flanagan took to Twitter in December to confirm that the series had wrapped production, as he paid tribute to the cast and crew who he said “hold a unique, permanent place of honor in my heart and memory, and always, always will”.

Leigh Bardugo’s bestselling Grishaverse books will be coming to the screen in April 2021 — and you’ll definitely want to set a Netflix reminder for this one. Based off of Shadow and Bone and Six of Crows, it looks like its going to be a must-watch.

In a world cleaved in two by a massive barrier of perpetual darkness, where unnatural creatures feast on human flesh, a young soldier uncovers a power that might finally unite her country. But as she struggles to hone her power, dangerous forces plot against her. Thugs, thieves, assassins and saints are at war now, and it will take more than magic to survive.

This coming-of-age journey, which was filmed on set in Wicklow, will by flying onto Netflix in January 2021. It follows five fairies as they attend Alfea, a magical boarding school in the Otherworld.

There, they must learn to master their powers while navigating love, rivalries, and the monsters that threaten their very existence.

Guillaume Lucchesi (Finnegan Oldfield), in his thirties, thought he had drawn a line under the terrible tragedy which saw the two people he loved the most die: Sonia (Garance Marillier), his first love, and Fred (Nicolas Duvauchelle), his brother. Ten years later, Judith (Nailia Harzoune), whose love has made his life worth living again, suddenly disappears during his mother’s funeral. To find her, Guillaume will have to face all the truths that were hidden from him by his family and friends, as well as those that he’d long decided to ignore. For better, but mostly for worse.

Debuting on Disney+ in early January 2021, the series kicks off a new phase in the Marvel Universe — and is the first show from Marvel Studios which is exclusively streaming on the House of Mouse’s streamer.

Described as a blend of classic television and the Marvel Cinematic Universe, it follows Wanda Maximoff and Vision — two super-powered beings living idealised suburban lives— as they begin to suspect that everything is not as it seems.

XOXO, Gossip Girl is coming back in 2021 — and they’ve got a new generation in their sights.

Taking place eight years after the original website went dark, the show will see a new generation of New York private school teens introduced to the social surveillance of Gossip Girl. The prestige series will address just how much social media—and the landscape of New York itself—has changed in the intervening years. And while there's no word if any of the main cast will be reprising their role for the series, it has been confirmed that Kristen Bell will be reprising her role as Gossip Girl.

Set to land in early 2021, this looks like its going to be our next TV addiction.

Kate Winslet stars in the series as a detective in a small Pennsylvania town, who investigates a local murder while trying to keep her life from falling apart.

This one is going to be perfect for fans of Big Little Lies. Based on a 2018 novel from Liane Moriarty, Nine Perfect Strangers is being turned into a miniseries — and it's going to be just as addictive.

It takes place at a boutique health-and-wellness resort that promises healing and transformation as nine stressed city dwellers try to get on a path to a better way of living. Watching over them during this ten-day retreat is the resort’s director Masha (Kidman), a woman on a mission to reinvigorate their tired minds and bodies. However, these nine 'perfect' strangers have no idea what is about to hit them.

The Wheel of Time

A post shared by The Wheel Of Time (@wotonprime)

Based on Robert Jordan’s popular book series of the same name, the first season is currently expected to be based off of The Eye of the World, the first instalment in the series.

The Wheel of Time is set in a sprawling, epic world where magic exists, but only women can use it. Meaning that in this series — women hold the keys to power. The story follows Moiraine, a member of the shadowy and influential all-female organisation called the ‘Aes Sedai’ as she embarks on a dangerous, world-spanning journey with five young men and women. Moiraine’s interested in these five because she believes one of them might be the reincarnation of an incredibly powerful individual, whom prophecies say will either save humanity or destroy it.

popular
Here's what will happen in Bridgerton season 2 - if Netfix goes by the books
QUIZ: How well do you remember these minor characters from Friends?
When will lockdown end in Ireland?
"Women Shouldn't Have Rights" - See How The World Really Views Females In This Powerful New Ad Campaign
Netflix announces new true crime documentary series: The Vanishing At The Cecil Hotel
QUIZ: How well do you really remember the first episode of Grey's Anatomy?
Here's what happens on every day of your menstrual cycle (roughly)
You may also like
1 week ago
Did you spot this? Bridgerton's Claudia Jessie also starred in Line Of Duty
2 weeks ago
New series of Reeling In The Years to air on RTE this spring
2 weeks ago
"Calling new islanders": Love Island is now casting for next season
2 weeks ago
Here are some of the best movies on TV this Monday
3 weeks ago
Need something to watch? Here are some of the best movies on TV this Sunday
3 weeks ago
Here are all of the best movies on TV on Stephen's Day
Next Page