It's official: it is almost time to deck the halls once again.

Which means that the Christmas movie and TV season is here.

Thankfully, Netflix have already begun to unveil their festive-themed additions for this year - and there is a lot to look forward to.

From Dash & Lily to The Holidate, here are all of Neflix's festive offerings for this year.

Sloane (Emma Roberts) and Jackson (Luke Bracey) hate the holidays. They constantly find themselves single, sitting at the kids table, or stuck with awkward dates. But when these two strangers meet one particularly bad Christmas, they make a pact to be each other’s “holidate” for every festive occasion throughout the next year.

With a mutual disdain for the holidays, and assuring themselves that they have no romantic interest in the other, they make the perfect team. However, as a year of absurd celebrations come to an end, Sloane and Jackson find that sharing everything they hate may just prove to be something they unexpectedly love.

A by-the-book political aide falls for a big-hearted Air Force pilot while looking to shut down his tropical base and its airborne Christmas tradition. 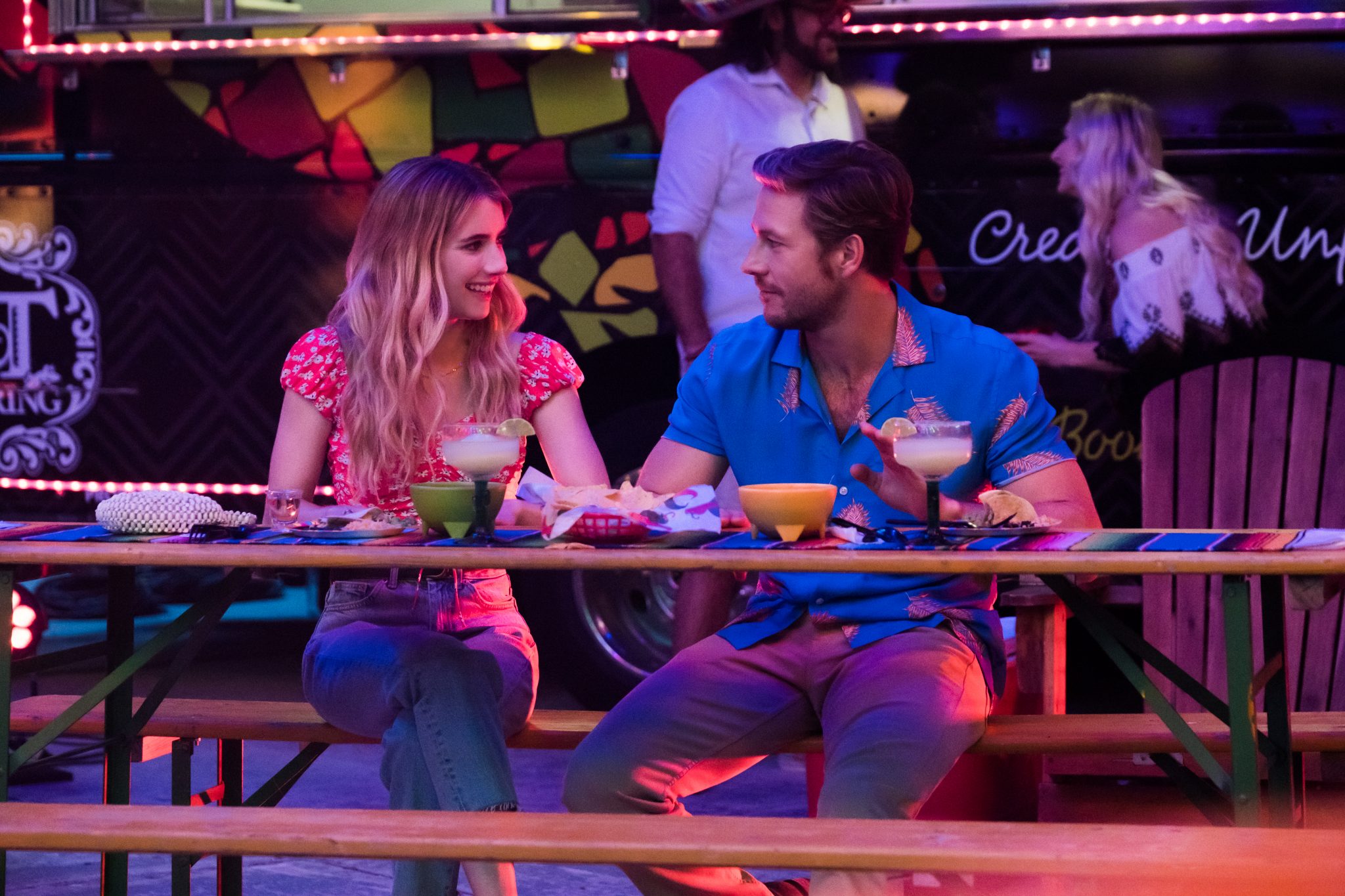 END_OF_DOCUMENT_TOKEN_TO_BE_REPLACED

A whirlwind Holiday romance builds as cynical Dash and optimistic Lily trade dares, dreams, and desires in the notebook they pass back and forth at locations all across New York City, finding they have more in common with each other than they would have expected.

But when his trusted apprentice (Emmy winner Keegan-Michael Key) steals his most prized creation, it’s up to his equally bright and inventive granddaughter (newcomer Madalen Mills) — and a long-forgotten invention — to heal old wounds and reawaken the magic within. 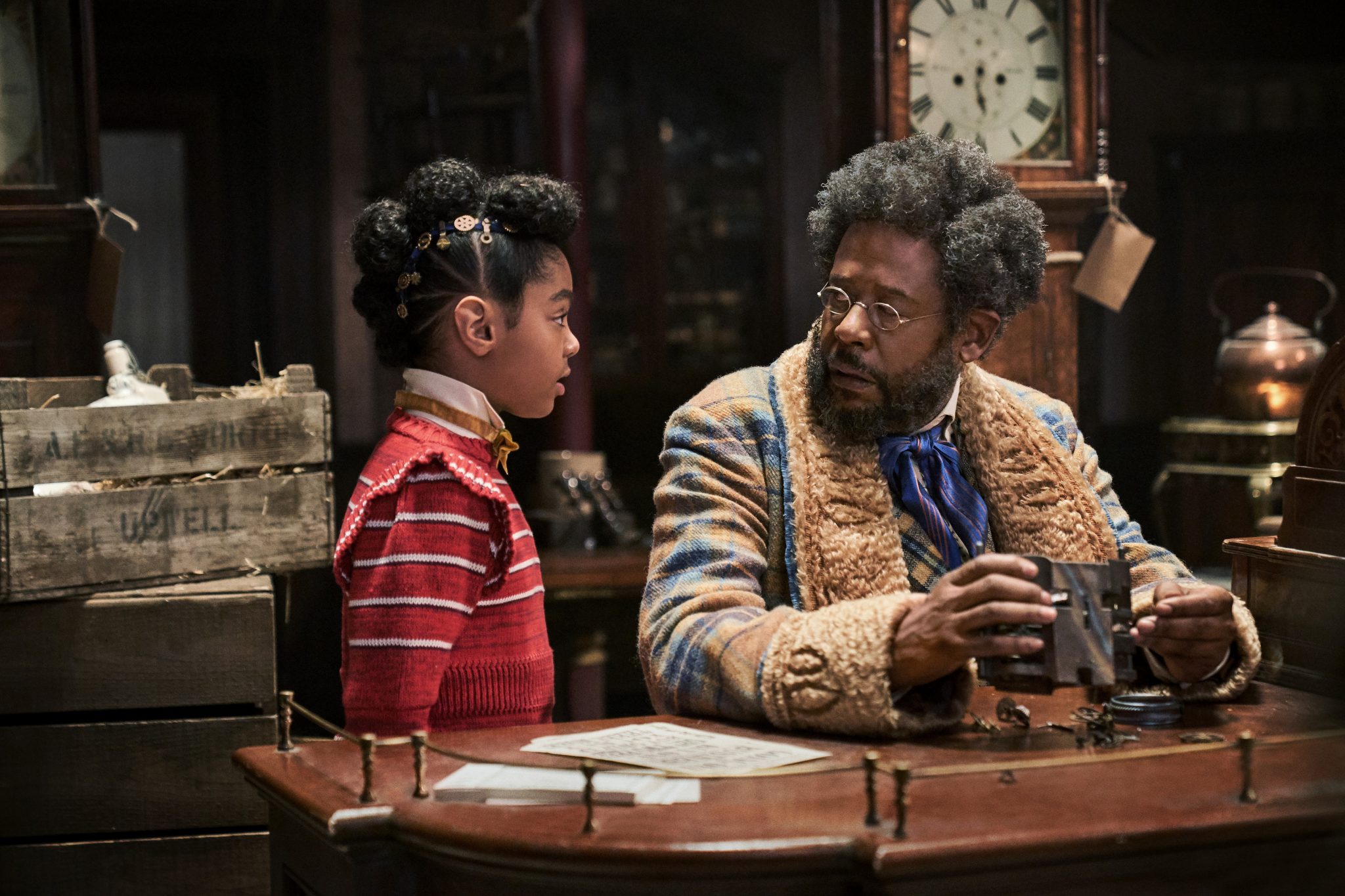 Benjamin Bradley, best known as Mr. Christmas, is a veteran in the interior design industry with a healthy obsession with the holiday season. For Mr. Christmas, the holidays are all about celebrating love, life, family and friends through meaningful traditions. In the new Netflix series Holiday Home Makeover with Mr. Christmas, Bradley takes you behind the scenes as he puts his design expertise and vast Christmas collection to good use.

Equipped with lights, garlands, and enough tinsel to blanket the North Pole, he and his team of elves work around the clock to bring holiday cheer to families and communities deserving of a home makeover for the most joyous time of year. Mr. Christmas invites viewers along for the ride to kick off the holiday season and get inspired to take their own home decorating and traditions to the next level.

When Duchess Margaret unexpectedly inherits the throne to Montenaro and hits a rough patch with Kevin, it’s up to her double Stacy to save the day before a new lookalike, party girl Fiona foils their plans. 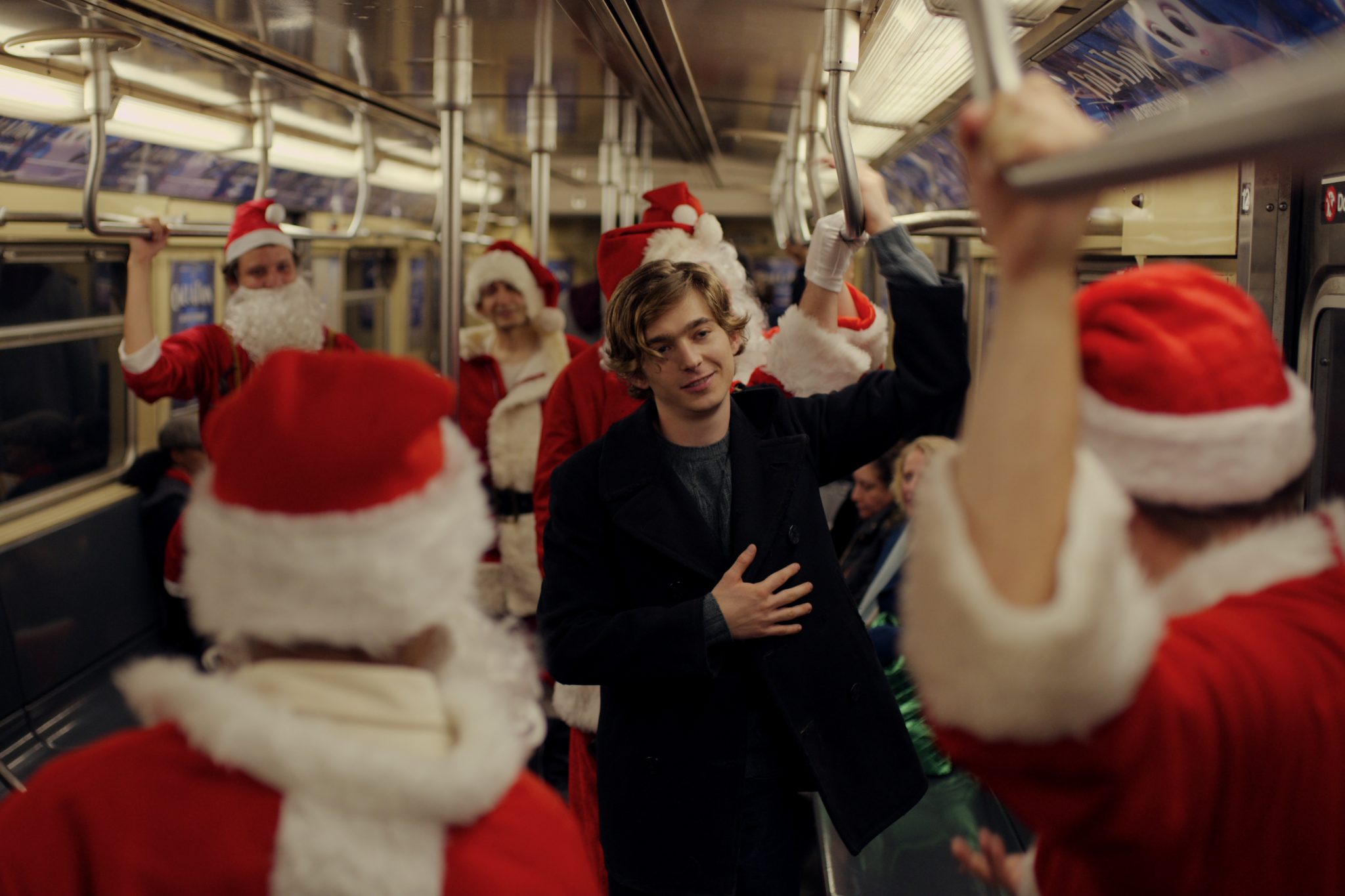 While on a not-so-joyful mission to steal from Santa and his pals at the North Pole, a tiny alien learns a thing or two about the Christmas spirit.

Dolly Parton's Christmas on the Square

A rich and nasty woman, Regina Fuller, returns to her small hometown after her father’s death to evict everyone and sell the land to a mall developer - right before Christmas.

However, after listening to stories of the local townsfolk, reconnecting with an old love, and accepting the guidance of an actual angel, Regina starts to have a change of heart. This is the story about family, love, and how a small town’s Christmas spirit can warm even the coldest of hearts. 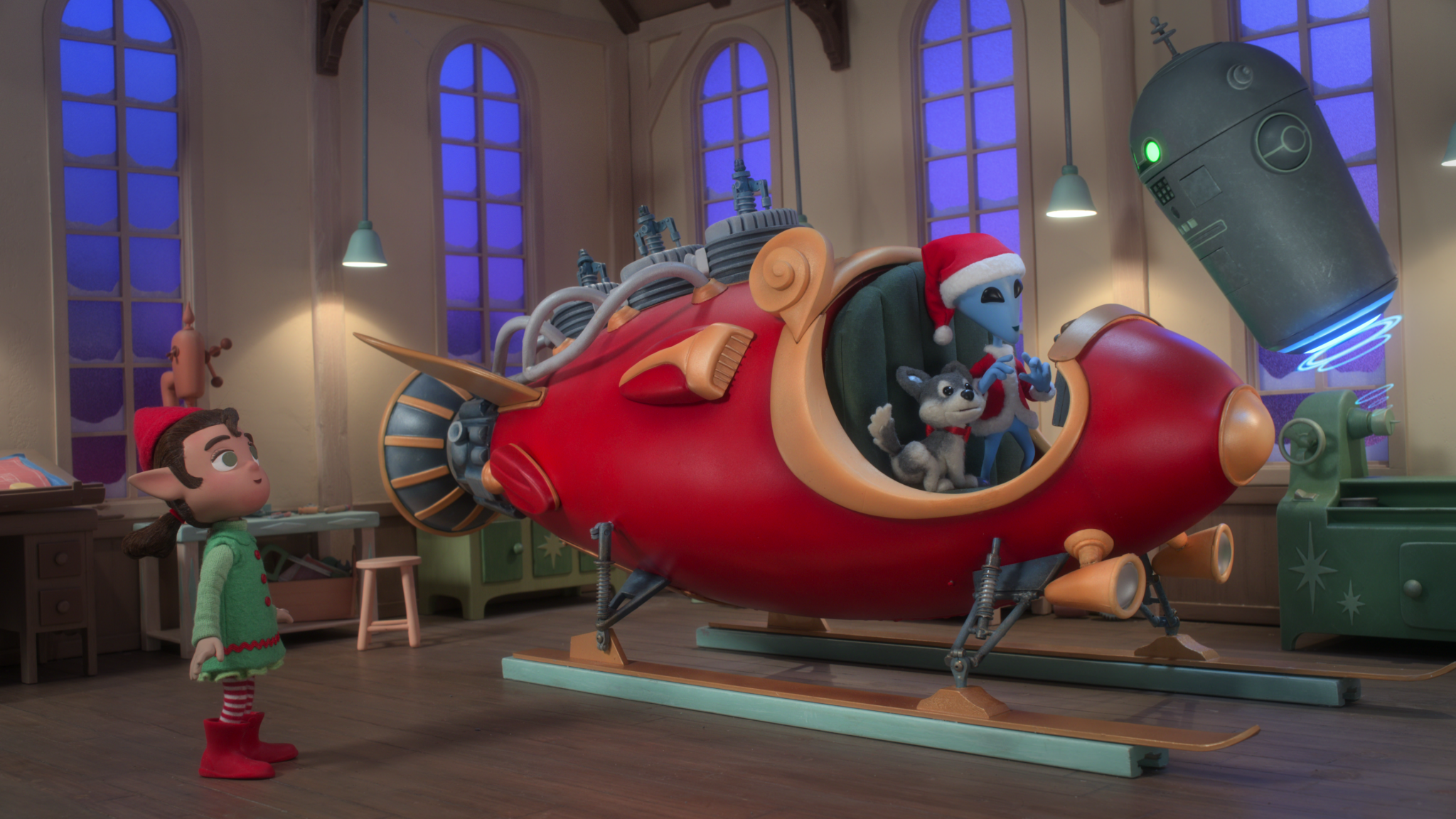 It’s been two years since siblings Kate (Darby Camp) and Teddy Pierce (Judah Lewis) saved Christmas, and a lot has changed. Kate, now a cynical teenager, is reluctantly spending Christmas in Cancun with her mom’s new boyfriend and his son Jack (Jahzir Bruno).

Unwilling to accept this new version of her family, Kate decides to run away. But when a mysterious, magical troublemaker named Belsnickel threatens to destroy the North Pole and end Christmas for good, Kate and Jack are unexpectedly pulled into a new adventure with Santa Claus (Kurt Russell). 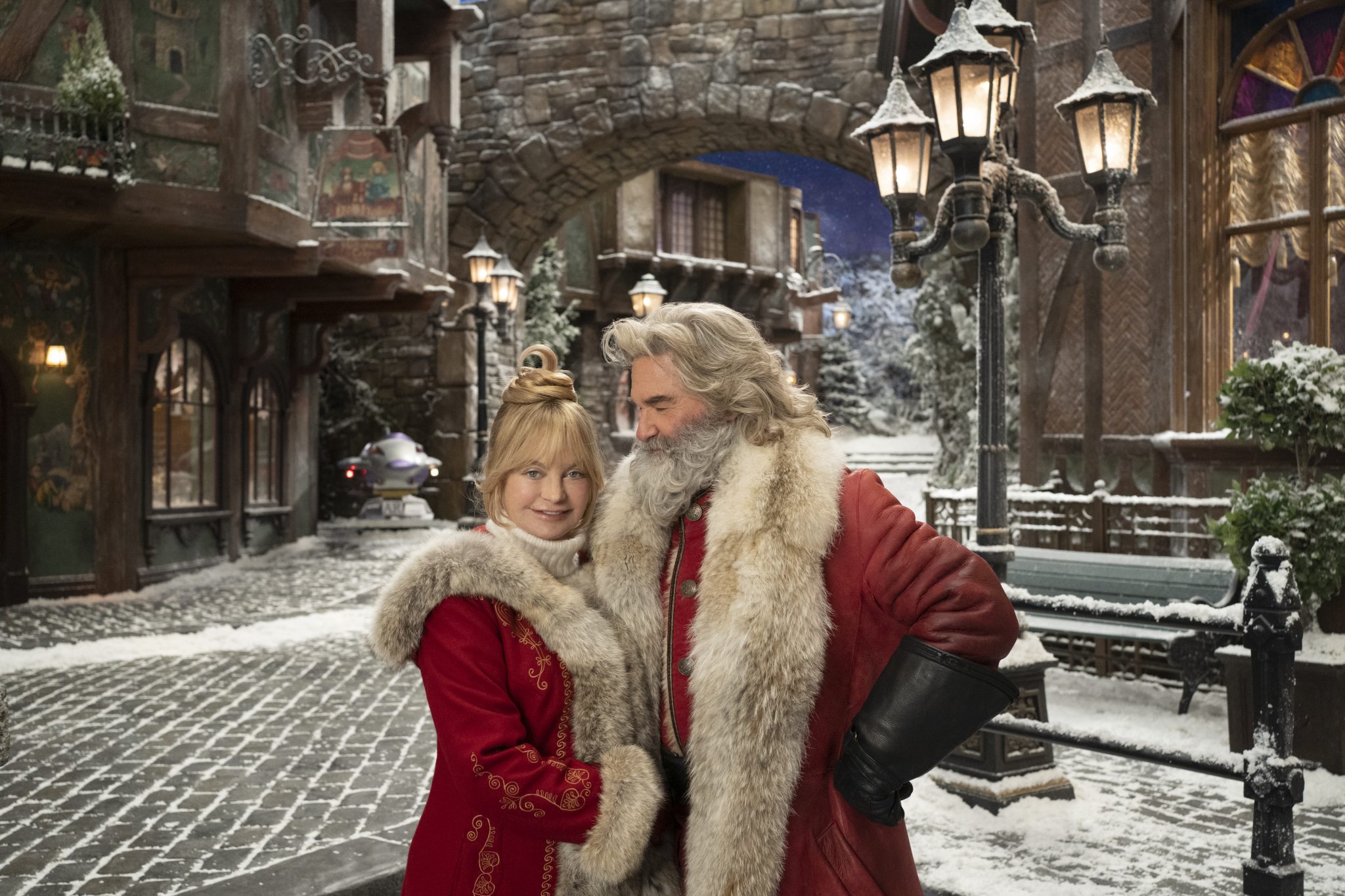 This competition series challenges bakers to create holiday treats that look festive and taste amazing — all against a ticking clock.

Over six Christmas-themed episodes, the judges help decide which teams should walk away with the $10,000 prize.

Angela's Christmas Wish is a heart-warming tale of a determined little girl who sets out to reunite her family in time for Christmas.

Based on the characters from Pulitzer Prize-winning author Frank McCourt, it is a tender and funny story about the importance of family and togetherness. 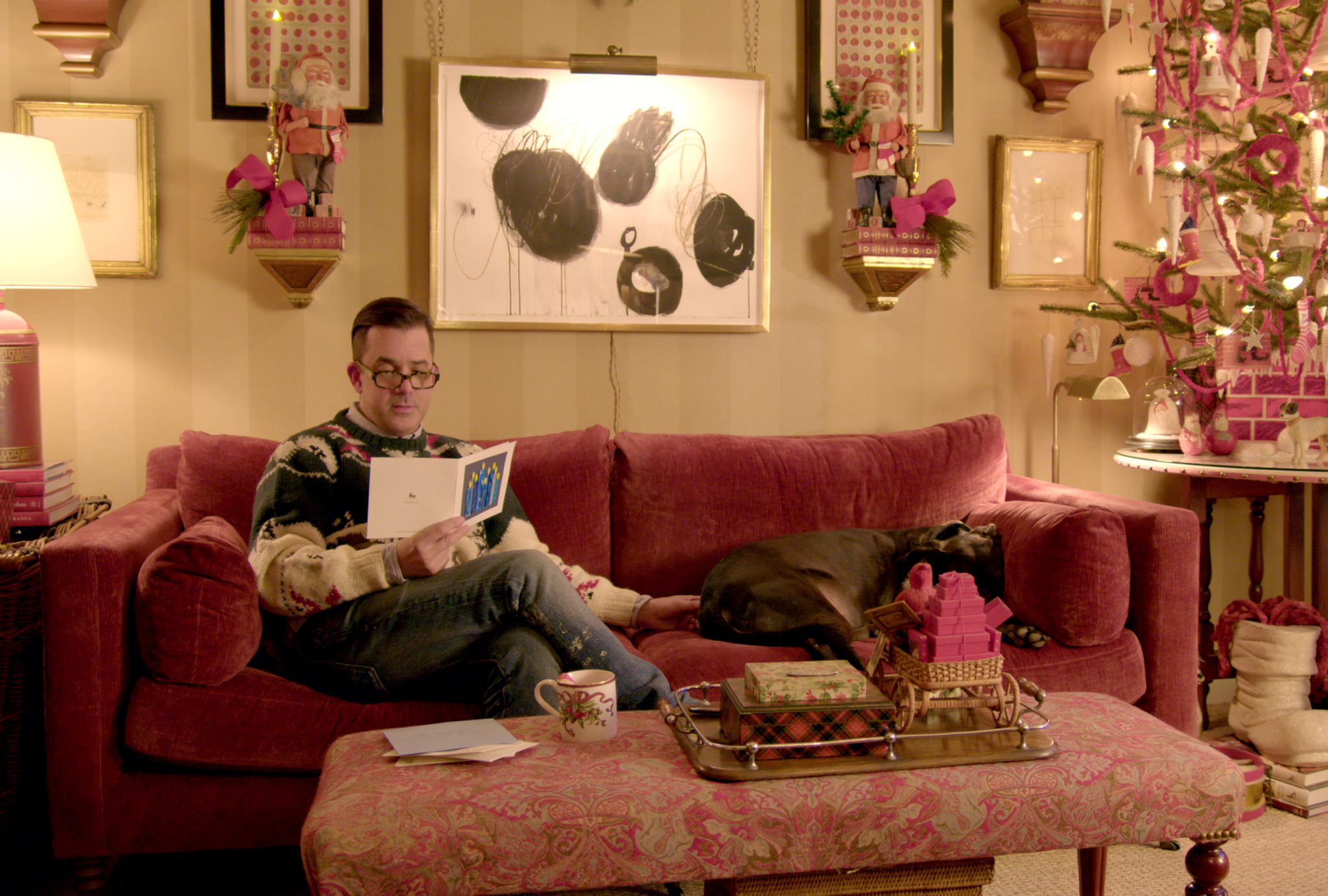 The Holiday Movies That Made Us

Unwrap the real stories behind these iconic Christmas blockbusters, thanks to insider interviews and behind-the-scenes peeks.

A festive follow up to the first season of the sitcom, which follows  15-year-old scientist Ashley Garcia as she explores the great unknown of modern tendon after moving across the country to pursue a career in robotics. 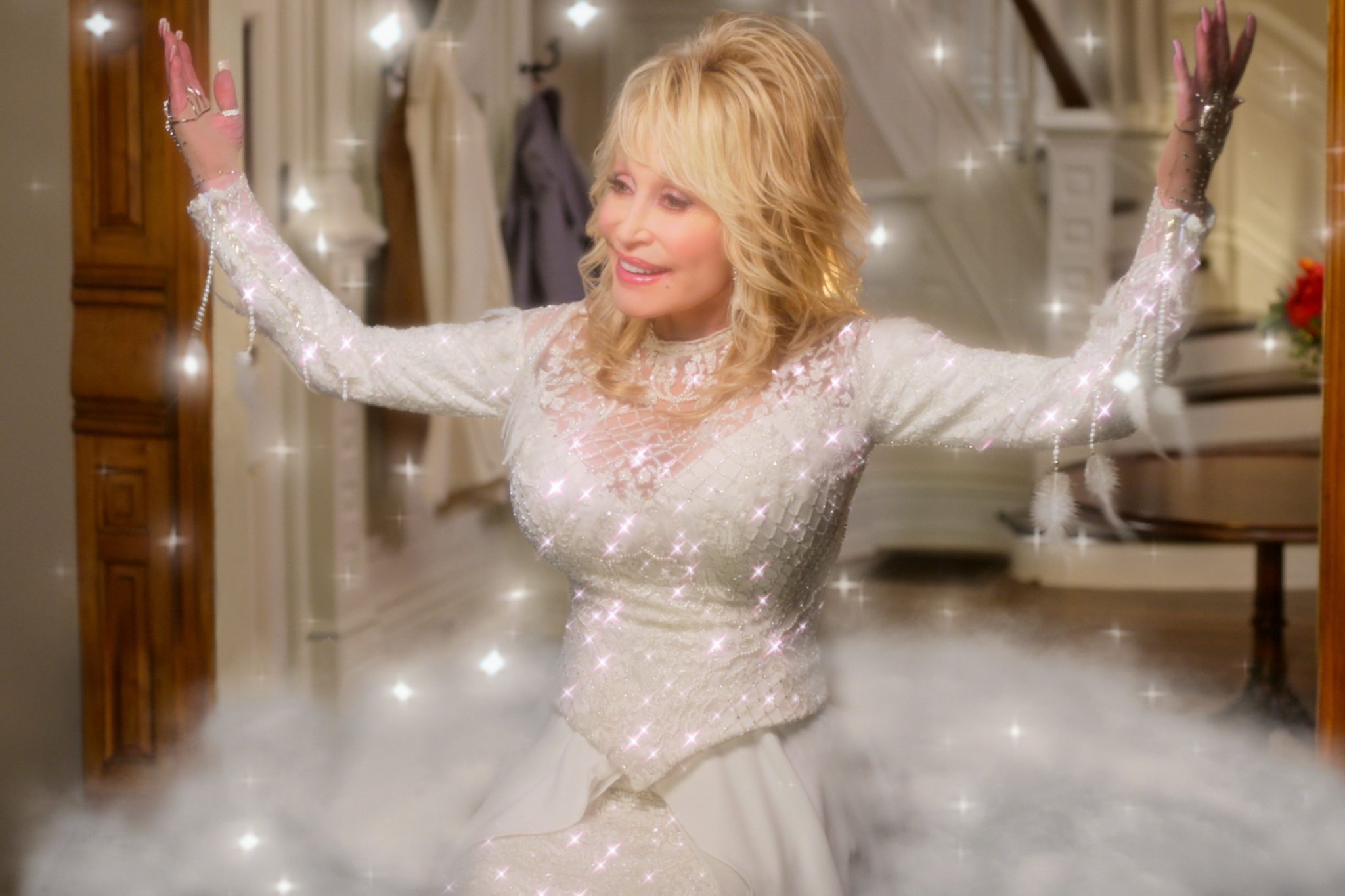 Dolly Parton's Christmas on the Square

A Christmas edition of the sitcom, which follows former WWE wrestler the Big Show as he is out of the ring and gets ready for an even bigger challenge: raising three daughters with his wife in Florida.

Girls With Goals || Her · Ep.156: 'Beauty Returns' - Rebecca O'Keeffe is BACK and we're talking about viral beauty trends
popular
Hilaria Baldwin thanks "special angels" who brought daughter Lucía into the world
Tried and tested: I tried the viral TikTok mascara hack to see if it really works
Baz Ashmawy announces birth of first grandchild
"Let kids explore" Emma Willis defends son Ace's self-expression
Why Meghan Markle - and other royals - call the royal family 'The Firm'
Pippa Middleton pregnant with second child, confirms Carole Middleton
Palace source says THIS incident on the tour of Australia upset Meghan's staff
You may also like
2 weeks ago
Amy Adams' psychological thriller The Woman in the Window is coming to Netflix
2 weeks ago
Simone Ashley cast in lead role for Bridgerton season 2
2 weeks ago
Bridgerton star Regé-Jean Page spotted with footballer girlfriend Emily Brown
2 weeks ago
QUIZ: How well do you remember Angus, Thongs and Perfect Snogging (the movie)
3 weeks ago
The Vanishing at the Cecil Hotel lands on Netflix today
3 weeks ago
Michelle Obama is launching a children's cooking show on Netflix
Next Page