4 new things on Netflix worth checking out this weekend

Looking for something to watch to distract you from the latest Love Island drama?

Or are you just simply looking to find out more about the latest movies and TV series to land on Netflix?

Thankfully, Netflix have come to the rescue with a number of binge-worthy TV series' and movies being added just in time for the weekend.

So, really, great news if you’re planning on staying in this weekend and are looking for something new to watch.

Here are 4 new additions to Netflix to check out this weekend.

From rabid rats and Soviet espionage to New Coke and a brand-new mall, it's the summer of 1985 in Hawkins ... and big changes are afoot.

The story takes place in a dystopian post-apocalyptic future in the nation of Panem, where a boy and a girl from each of the nation's 12 Districts are chosen annually as "tributes" and forced to compete in The Hunger Games, an elaborate televised fight to the death.

Katniss Everdeen volunteers to take her younger sister's place, and with her district's male tribute, Peeta Mellark, travels to the Capitol to train and compete in the games.

Catching Fire, Mockingjay - Part 1 and Part 2 - are all also available on the streaming service. 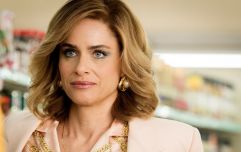 END_OF_DOCUMENT_TOKEN_TO_BE_REPLACED

Designated Survivor: 60 Days follows the main storyline of the original format, but has been adapted to feature more of the Korean reality.

It is a story of a politician, who suddenly ascends from the position of Minister of Environment to President, as an explosion at the National Assembly kills everyone in the Cabinet who is ahead of him in terms of the presidential succession.

Park Mu-jin is a scientist-turned-politician who struggles to fit in politics. Park is the acting president for 60 days, and during this period, albeit inexperienced and unwilling, he tries to uncover the truth behind the attack.

If you're looking for more information on what has landed on Netflix over the last few weeks, just keep reading.

Fans of true crime documentaries have been going crazy for Exhibit A, the four-episode docuseries which examines how innocent people have been convicted with dubious forensic techniques and tools, like touch DNA and cadaver dogs.

Each episode examines a new case and a new kind of supposedly ironclad form of evidence.

Or if you're after a bit more of a lighter watch, just a friendly reminder that all six season of Glee have officially landed on Netflix.

And if you're looking for a full list of everything that's going to be coming to Netflix over the next few weeks, you can find that here.

popular
The second season of Dirty John lands on Netflix next week and we’re already hooked
Rupert Young, twin brother of Will Young, passes away, aged 41
Staycation: TripAdvisor reveals the top 10 hotels in Ireland for 2020
Here's the average age people lose their virginity around the world
Kate Middleton has addressed the rumours that she's pregnant with her fourth child
WATCH: Paul Mescal stars in new Rolling Stones' music video 'Scarlet'
Why Are Men so Obsessed With Boobs? The Answer is Pretty Surprising...
You may also like
4 days ago
QUIZ: How well do you know The Young Offenders?
1 week ago
Ellen DeGeneres addresses workplace allegations in letter to staff
1 week ago
WATCH: Brendan Gleeson nails the Donald Trump look and voice in first trailer for The Comey Rule
1 week ago
Erin's Diary: An official Derry Girls book is coming out this year
2 weeks ago
All the movies worth watching on TV this weekend
2 weeks ago
Gogglebox Ireland looking for frontline workers and father and son duos to star in brand new series
Next Page