Not love for us, specifically love between two other fictional humans so that we can watch their relationship play out and, let's be honest, probably cry.

Yes. That is what we need today. 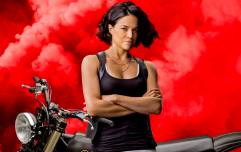 END_OF_DOCUMENT_TOKEN_TO_BE_REPLACED

Normal People finished up on RTÉ last week and it's safe to say that this week has been a little aimless without it. For the last six weeks, we went into the week knowing that Tuesday would bring both love and devastation and we were okay with that. In fact, we revelled in it.

We've been thinking about the show constantly since it finished (and while it was on) and it just recently hit us that we think we are having Normal People withdrawals.

So what do we do about that? We find some other heart-wrenching or heartwarming romance movies to lose ourselves in. And we've put together a list of our own absolute faves so that you, too, can watch and cry.

A sort of similar structure to Normal People but more drawn out - Emma and Dexter meet in college, go home together one night and, basically, become best friends. The movie takes place over 18 years but we, the viewers, only get to see one day of each of those years. July 15, to be precise. It's a good one. Watch and weep, people.

The tender, heartbreaking story of a young black man's struggle to find himself, told across three defining chapters in his life as he experiences the ecstasy, pain, and beauty of falling in love, while grappling with his own sexuality.

A young man and woman meet on a train in Europe, and wind up spending one evening together in Vienna. Unfortunately, both know that this will probably be their only night together.

4. If Beale Street Could Talk

In early 1970s Harlem, daughter and wife-to-be Tish vividly recalls the passion, respect and trust that have connected her and her artist fiancé Alonzo Hunt, who goes by the nickname Fonny. Friends since childhood, the devoted couple dream of a future together, but their plans are derailed when Fonny is arrested for a crime he did not commit.

Sutter, a popular party animal unexpectedly meets the introverted Aimee after waking up on a stranger's lawn. As Sutter deals with the problems in his life and Aimee plans for her future beyond school, an unexpected romance blossoms between them.

It's the summer of 1983, and precocious 17-year-old Elio Perlman is spending the days with his family at their 17th-century villa in Lombardy, Italy. He soon meets Oliver, a handsome doctoral student who's working as an intern for Elio's father. Amid the sun-drenched splendour of their surroundings, Elio and Oliver discover the heady beauty of awakening desire over the course of a summer that will alter their lives forever.

Maddy, who suffers from a severe immunodeficiency disorder, has spent her whole life indoors. Then Olly moves in across the street and sparks new feelings in Maddy. Very soon the confines of Maddy's home are feeling much too small and she's desperate to experience all that the world has to offer, without considering the consequences. Yes, this movie is a bit more melodramatic than Normal People but we need those romances too, right?

It's 1950s New York and Therese Belivet is working at a department store in Manhattan when she encounters the beautiful Carol. The two develop a relationship but behind her glamorous façade, Carol's emotional state is precarious. With her marriage on the rocks, she is facing a nasty custody battle for her daughter, all of which informs her advances towards the much younger Therese.

Girls With Goals || Her · Ep.160: The Beauty Of Coaching - Hayley Harrison joins us from Sport Ireland
popular
Rachel Allen's son is charged with cocaine possession
Saturday set to be one of the hottest days of the year so far
Regé-Jean Page arrives in Ireland to shoot new movie
When your skincare routine just doesn't cut it: 3 simple lifestyle changes you can make for healthier skin
Lizzo's nude - and unedited - selfie is so important
The Queen has banned Meghan Markle from wearing any of Princess Diana's jewellery
Rihanna has become her own neighbour and we're pretty jealous
You may also like
1 month ago
Irish animated feature Wolfwalkers nominated for Best Animated Feature Oscar
3 months ago
Macaulay Culkin calls for Donald Trump cameo to be removed from Home Alone 2
3 months ago
QUIZ: Can you guess the movie from its pixelated poster?
3 months ago
12 movies you (probably) didn't realise were available on Disney+
3 months ago
Here are some of the best movies on TV this Monday
3 months ago
Need something to watch? Here are some of the best movies on TV this Sunday
Next Page