9 romantic movies you may not have realised were on Netflix

Perfect for the weekend that's in it.

You'll scroll, watch trailers, add stuff to 'My List' and keep browsing until it's actually too late to watch something, it happens EVERY damn time.

And yet, just about every time we log on, we stumble across some 'hidden gem' we didn't even realise was on Netflix. If you've ever found yourself in a similar situation, don't worry, we've got you covered.

Here are 9 romantic movies you may not have realised were on Netflix - which are perfect for Valentine's Day weekend.

For Tom (Patrick Dempsey), life is good: he's sexy, successful, has great luck with the ladies, and knows he can always rely on Hannah (Michelle Monaghan), his delightful best friend and the one constant in his life.

It's the perfect setup until Hannah goes overseas to Scotland on a six-week business trip... and Tom is stunned to realize how empty his life is without her. He resolves that when she gets back, he'll ask Hannah to marry him -- but is floored when he learns that she has become engaged to a handsome and wealthy Scotsman and plans to move overseas.

When Hannah asks Tom to be her "maid" of honor, he reluctantly agrees to fill the role... but only so he can attempt to woo Hannah and stop the wedding before it's too late.

Forced to tolerate each other for a few days, two cynical wedding guests strike an unexpected alliance.

At the age of 21, Tim discovers he can travel in time and change what happens and has happened in his own life. His decision to make his world a better place by getting a girlfriend turns out not to be as easy as you might think. 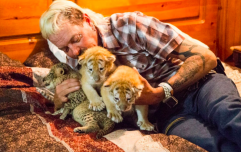 END_OF_DOCUMENT_TOKEN_TO_BE_REPLACED

Lucy Kelson is a Chief Counsel for the Wade Corporation, one of New York City's top commercial real estate developers. She's a brilliant lawyer with a sharp, strategic mind. She also has an ulcer and doesn't get much sleep. It's not the job that's getting to her. It's her millionaire boss, George Wade.

Handsome, charming and undeniably self-absorbed, he treats her more like a nanny than a Harvard Law grad and can barely choose a tie without her help. Now, after one year of calling the shots-on everything from his clothes to his divorce settlements - Lucy Kelson is calling it quits.

Four Weddings And A Funeral

Over the course of five social occasions, a committed bachelor must consider the notion that he may have discovered love.

Harry and Sally have known each other for years, and are very good friends, but they fear sex would ruin the friendship.

I.R.S. auditor Harold Crick suddenly finds himself the subject of narration only he can hear: narration that begins to affect his entire life, from his work, to his love-interest, to his death.

After a young man is murdered, his spirit stays behind to warn his lover of impending danger, with the help of a reluctant psychic.

The world's greatest ever playwright, William Shakespeare, is young, out of ideas and short of cash, but meets his ideal woman and is inspired to write one of his most famous plays.


popular
This STUNNING €40 Zara dress is all you need to update your wardrobe for summer
The €13 Zara top that comes in four colours will become the most-worn item in your wardrobe
These €26 Zara trousers are the next best thing to tracksuit pants (and they come in three colours)
Garth Brooks is about to confirm three outdoor concerts in Ireland
10 summmer dresses we are ordering this week to cheer ourselves up
The largest family in Britain have welcomed baby number 22
Gemologist predicts that one engagement ring is losing popularity - we're not so sure
You may also like
2 days ago
5 new additions to Netflix to spend your weekend watching
2 days ago
Zahra Bentham on the 'inspirational' Netflix series Self Made: Inspired by the Life of Madam C.J. Walker
3 days ago
Better mark the calendars, The Breakfast Club and Pretty In Pink land on Netflix next week
3 days ago
The first look at Ryan Murphy's Netflix series Hollywood is here and the excitement is real
4 days ago
Netflix's The Innocence Files is the documentary series that everyone is going to be talking about this month
4 days ago
Ant and Dec announce new book to celebrate working together for 30 years
Next Page