Patrick Murphy is one of the oldest DJs spinning in the UK.

And he's not about to stop now. The 91-year-old has been on the airwaves for over a decade, ever since he "got bored" with retirement.

Patrick, who lives in Bradford but was born in Kildare, boasts two morning slows on St Luke's Sound Hospital Radio every Wednesday and Thursday. There, he spins everything from ballroom to baseline to reggae.

END_OF_DOCUMENT_TOKEN_TO_BE_REPLACED

"I’ve always loved music and used to listen to Radio Luxembourg when I was a young man," he says, via the NHS website.

"My wife Doris and I loved to go ballroom dancing every weekend at the Station Hotel on Clayton Road, in Bradford, in the 1960s but it was the same music every single night and I got fed up with it being the same songs." 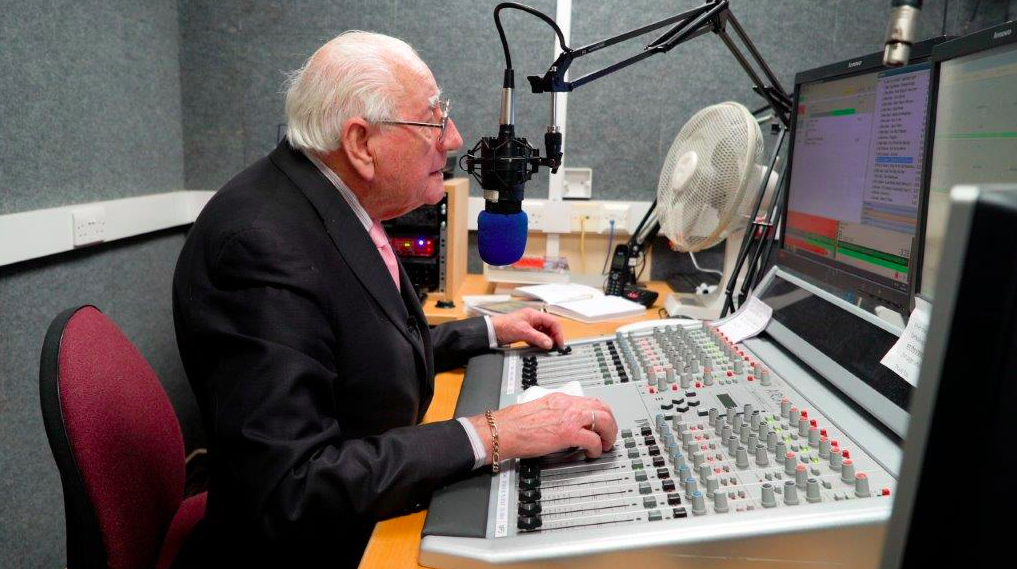 He went on: "I turned to a friend one day and said: ‘If I can’t change the music, I might as well start DJ-ing  as I could do a better job myself and that’s where it started. Now I’ve got around 20,000 to 30,000 CDs and a couple of thousand records that reach from floor to ceiling in a box room at the back of my house."

END_OF_DOCUMENT_TOKEN_TO_BE_REPLACED

Patrick moved to the UK from Ireland to look for work in 1945. He eventually settled in Bradford with his wife and worked as an engineer until his retirement in 1995.

But a love of music and desire to spread joy to others took him to the NHS hospital airwaves when he was 82-years-old. After seeing an advertisement for volunteers in the local paper, he decided to give it a shot.

Tune into Patrick - one of the oldest DJs in the country still spinning discs 🎤on @BTHFT hospital radio at 91! Hear him in action https://t.co/qPHaxlIZHq and find out more about the man behind the mike https://t.co/OfxRa69uKo #TeamBradford pic.twitter.com/1SIzaorIgx

END_OF_DOCUMENT_TOKEN_TO_BE_REPLACED

"My signature tune is the 'Oldest Swinger in Town' by Frank Cromit and I absolute love my time there. It keeps me young!" he says.

"All the doctors and nurses know me and they enjoy my jokes on the radio. I like all sorts of music – my view on disco and dance is that if it gets people up and dancing, it’s great. I love Ministry of Sound, reggae, baseline, ballroom …anything and everything really!

"I play the music that the people want to dance and listen to. I play for the listener, I don’t play for myself!"

It's not just the patients who go wild for Patrick's shows, but the staff in the hospital too. Secretary for St. Luke’s Sound Hospital Radio, David Rathmell, says that the 91-year-old surely must be one of the oldest DJs in the country.

"He lives not far from the hospital which means he can get to the studio in time to do his breakfast show, which then extends through the morning," he says.

"Always smiling, Patrick insists on only playing upbeat happy music because, as he says, that’s what the patients in a hospital want to hear.

"If you’re in the company of Patrick, you’re with a jovial Irishman, always with a joke to tell. Long may he continue broadcasting with us."

Long may he continue indeed.

popular
Wagatha Christie: Rebekah Vardy storms out of court just 30 minutes into final day
Helen McCrory's children give heartbreaking tributes at her memorial service
Claire Byrne Live viewers in shock as woman shares family DNA secret
Only a matter of time before monkeypox spreads to Ireland, says expert
Ashley Graham says she nearly died while giving birth to her twin boys
Late Late Viewers left in awe of Paul McGrath's memories of Jack Charlton
Dog owners warned about the "big stretch"
You may also like
4 days ago
Sorry but we need a Mika arena tour immediately
6 days ago
Eurovision producers reveal "irregular voting patterns" during Saturday night's final
1 week ago
My Chemical Romance are back and it's time for an emo revival
1 week ago
Nick Cave pays tribute to son Jethro, who has passed away aged 31
3 weeks ago
"My first memory of music was growing up in church:" Griff on her whirlwind musical journey
3 weeks ago
Music festival in honour of Caroline Flack to take place this summer
Next Page