And The Highest Earning Actor In The World Is...

Many often claim that Matthew McConaughey had the best comeback that Hollywood has ever seen but McConaughey is neither here nor there when it comes to Robert Downey Jr.

Forbes have released a list of the highest paid actors in Hollywood and, of course, Robert Downey Jr. has topped that list earning a whopping $75 million. Thanks mainly in part to his work as Iron Man in the Marvel films, the actor earned that figure in just twelve months from July 2013 to July 2014. 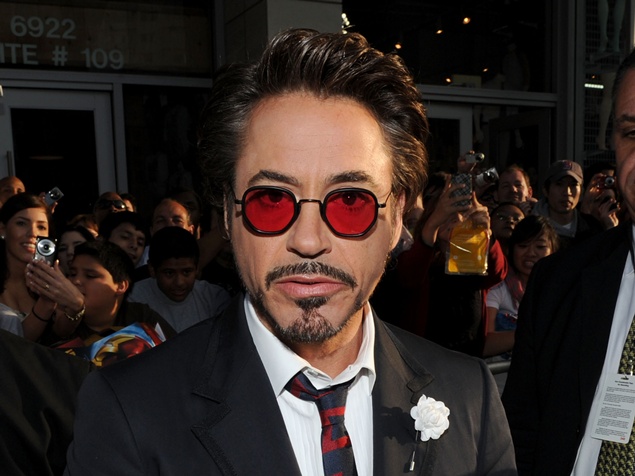 END_OF_DOCUMENT_TOKEN_TO_BE_REPLACED

Downey Jr. was closely followed by the Rock who took in a whopping $52 million off the back of films like the Fast and the Furious and Pain & Gain. Bradley Cooper, who currently stars in Guardians of the Galaxy.

Rounding out the top five are Leonardo DiCaprio who earned $39 million for appearances in the likes of the Great Gatsby and Wolf of Wall Street while Chris Hemsworth managed to take home $37 million, mainly due to Marvel's Avengers and Thor.

popular
He may be a politician, but Leo Varadkar's personal life is none of our business
Should pit bulls be banned in Ireland? Parents express concerns after recent attacks
Parents told to stop buying selection boxes for kids- here's why
EastEnders' Samantha Womack "thankful" as she is now cancer-free
This Netflix Christmas film is being dubbed the perfect rom-com
Mollie King shares how her daughter's middle name honours her late father
Woman hit by rollercoaster wakes from coma after two months
You may also like
2 months ago
Do Revenge: Netflix's new No.1 movie is a savage mix of Mean Girls and Cruel Intentions
2 months ago
WATCH: Powerful Sinead O’Connor documentary primed for Oscar glory
2 months ago
WATCH: The trailer for Mila Kunis' new Netflix movie is here
2 months ago
Netflix reveals full list of scary shows and movies arriving between now and Halloween
3 months ago
What we know so far about Lindsay Lohan's Irish film
3 months ago
Cinemas across Ireland to celebrate National Cinema Day with €4 tickets
Next Page