Angela Scanlon has been announced as the new host of RTÉ's Saturday night show.

The Co Meath presenter revealed the news today via her Instagram account, saying that from March she will be presenting the brand new show, Angela Scanlon's Ask Me Anything. 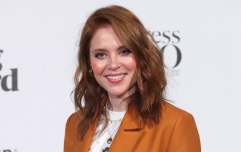 Angela Scanlon has just announced the birth of her first child

END_OF_DOCUMENT_TOKEN_TO_BE_REPLACED

"I once ruined my mother-in-laws surprise birthday by asking if she was looking forward to the party," she said. "So the fact that I’ve kept this a secret is quite an achievement in itself.

"BUT, that’s not the news & its no-ones birthday... I have just signed to be the new host of RTE Saturday Nights with my very own show!!

"It’s something I’ve wanted to do for AGES & I can’t quite believe it’s happening." 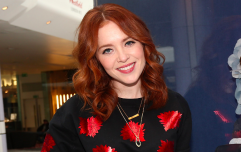 Angela Scanlon says she's been struggling with this during pregnancy

END_OF_DOCUMENT_TOKEN_TO_BE_REPLACED

Scanlon said that she has been working "for ages" to create the show, the format of which she wished already existed - but is pretty glad that it didn't.

"I can’t promise Oprah but I’m trying to have a house kitten on set (ginger obviously), I’ll keep you posted on that," she said.

Best known for her work on BBC's The One Show as well as multiple RTÉ series including Off The Rails and The Movie Show, Scanlon has been a prominent figure in Irish media since the early 2000s.

She also recently hosted her own BBC2 radio show on Sundays, and hosted a home renovation series called Your Home Made Perfect.

Angela Scanlon’s Ask me Anything will be debuting in March at 9.40pm on RTÉ One.