Fans went wild for this snap.

Ant and Dec have been pictured together for the first time in months and unsurprisingly, fans are absolutely delighted to see them the pair of them hanging out again.

A fan of the popular TV duo came across them in London yesterday and was so delighted with the chance meeting that she shared the photo on Instagram.

However, while some people commented on how good it was to see them together again, others were quick to comment that they looked different.

The photo was shared by Christin Maschmann, a vlogger at Nice and Sunny and she shared the photo with the caption:

They were standing in different positions to how they usually do and dedicated fans picked up on the fact that they normally stand the other way around.

Apparently, Ant always stands on the left and Dec on the right which is why this snap stood out so much to some fans. 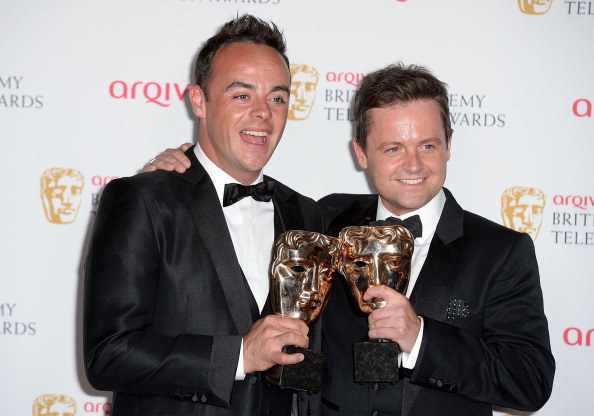 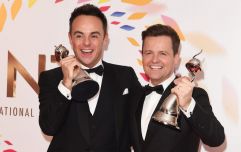 END_OF_DOCUMENT_TOKEN_TO_BE_REPLACED

It's been a turbulent couple of months for the pair as Ant was charged with drink-driving in Match and as a result, Dec presented Saturday Night Takeaway alone for a number of weeks.

Ant pleaded guilty in court in April and is believed to be undergoing treatment following the drink-driving incident.

Over the weekend, Dec and his wife Ali Astall appeared on the BAFTAs red carpet and confirmed that their first child is due in September.

popular
Hollywood couple Joe Manganiello and Sofia Vergara seen enjoying a Cork chipper
Shirley Ballas books breast exam after Strictly viewers spot lump
You can now apply for tickets to the Late, Late Toy Show
Weekend break? Here are the 3 best hotels in Northern Ireland right now
The reason why Strictly Come Dancing's Pasha Kovalev left the show is actually really sad
You can now live in the iconic house from Sabrina The Teenage Witch
You can now get paid to eat wine and cheese for Christmas
You may also like
1 year ago
Dec Donnelly has opened up about Ant McPartlin's struggle with addiction
2 years ago
Ant and Dec begin filming for I'm A Celeb after Ant's break from the series
2 years ago
Ant and Dec got the 'family back together' for new Britain's Got Talent season
2 years ago
Dec reveals he considered cutting ties with Ant at the height of last year's trouble
2 years ago
Ant McPartlin has been confirmed to return to I'm A Celebrity this year
2 years ago
Piers Morgan just SLAMMED Ant and Dec for winning at the National Television Awards
Next Page