The director of the sequel revealed the news on Instagram.

Filming for a Band of Brothers sequel entitled Masters of the Air has begun, it has been revealed.

The plot for the upcoming miniseries is based on the true story of US 'bomber boys' who helped to defeat Hitler's Nazi Germany in World War II. 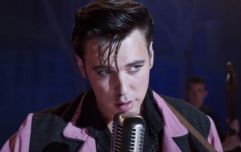 END_OF_DOCUMENT_TOKEN_TO_BE_REPLACED

Steven Spielberg and Tom Hanks are set to return as executive producers for the war drama sequel, after the success of the 2001 miniseries Band of Brothers.

Director, Cary Fukunaga, the man behind the critically acclaimed first season of HBO's True Detective, took to Instagram last week to tell fans that the first week of filming was well underway. 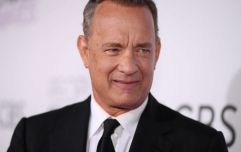 END_OF_DOCUMENT_TOKEN_TO_BE_REPLACED

The set for the highly anticipated miniseries was built on a disused university and hotel in Chalfont St Giles, a small village in Buckinghamshire, and it was reportedly not cheap to create. According to the Daily Mail, the set of the American Airforce based cost approximately £5 million to construct.

The war drama miniseries is based on a book of the same name by Donald L. Miller.

The miniseries will be available on Apple TV+, it has been revealed. 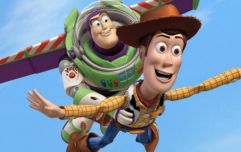 END_OF_DOCUMENT_TOKEN_TO_BE_REPLACED

Announcing the sequel last October, Apple said: "Apple today announced that it has partnered with Steven Spielberg's Amblin Television, and Tom Hanks & Gary Goetzman's Playtone on Masters of the Air, a new international limited drama series that marks the first series green-lit with Apple serving as the studio.

"Masters of the Air will stream exclusively on Apple TV+, a new home for the world's most creative storytellers, and is the second project for Apple to hail from Spielberg's Amblin Television in addition to Amazing Stories."

The release date, unfortunately, is yet to be announced.

popular
Gerard Butler pays tribute to "brother in arms" Darius Danesh
Vogue Williams slams man who refused to swap seats with her on plane
Sarah Jessica Parker offers to help out at Dublin restaurant
Three children among 12 killed in massive European storm
This is the exact date the weather will get warm again
New Zealand family find two bodies in second hand suitcases
Journalist Richard Engel shares news his six year old son has died
You may also like
2 years ago
Tom Hanks says that he doesn't have "much respect" for people who don't wear masks
2 years ago
Tom Hanks donates blood plasma for #Covid-19 research
2 years ago
'Hey folks. Good news' Tom Hanks releases update one week on from coronavirus diagnosis
2 years ago
Tom Hanks and Rita Wilson share an update after testing positive for coronavirus
2 years ago
Tom Hanks and wife Rita have been diagnosed with coronavirus
3 years ago
Tom Hanks films special Toy Story short for former conjoined Irish twins
Next Page