Yes! Here's exactly when Luther will return to our TV screens

We’re getting a massive shot of new Luther to start the new year.

It has been almost three years since Detective Chief Inspector John Luther last graced our screens.

The Idris Elba-starring cop show has been one of the best British dramas of recent years, with Elba’s no holds barred performance helping to create a character that could easily hold his own against any US crime show star you care to mention. 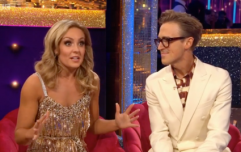 END_OF_DOCUMENT_TOKEN_TO_BE_REPLACED

Of course, these days Idris Elba is an honest-to-god proper movie star, which means getting him to film six episodes of a BBC One show isn’t very easy – hence the delay. Production for season five began in June, but with a vague Christmas release air date slated.

Now however, the BBC has confirmed when season five will air. The first episode will debut on New Year’s Day, giving you something to watch while you are nursing your hangover.

Plus, we won’t have to wait long for the reason of the season either – the whole thing is going to air on consecutive nights, with all four parts being shown across January 1 to 4.

Every episode will be on at 9pm on BBC One.

Last week, the first trailer for the new series dropped, confirming that Ruth Wilson’s character Alice Morgan is back – even though she appeared to be killed off in the last season.

Apart from that, it looks like business as usual for Luther, with him rocking his standard red tie and tweed jacket.

An exclusive look at the brand-new series of #Luther, coming soon to @BBCOne.

(You'll want to watch to the very end 😉) pic.twitter.com/ykO70D2EIx

There have been 16 episodes of the show across four seasons, since it debuted in 2010.

Reports of a movie based on the show being in production continue to circulate, but as of yet, it has failed to materialise.

popular
Heavy rain and unsettled conditions forecast for Bank Holiday weekend
Maria von Trapp's daughter has died aged 90
Human remains found positively identified as Brian Laundrie
At least seven bodies have been found in search for Brian Laundrie
Tesco is refunding 27,000 customers after overcharging them
The Queen didn't attend Charles and Camilla's wedding because there was so much drama
Three month sentence of Garda for domestic violence is "appalling" says Women's Council
You may also like
1 day ago
Puppies are being smuggled into Britain from illegal farms in Ireland
1 month ago
BBC criticised for Sarah Harding tribute mistake
1 month ago
BBC Presenter Lisa Shaw died of AstraZeneca Covid-19 vaccine complications
3 months ago
A BBC documentary on the Peru Two is coming next month
3 months ago
Mrs Brown's Boys chat show cancelled this year due to Covid
4 months ago
Filming for final season of Killing Eve has already started
Next Page