Beyoncé is banning people from posting bad pics of her... because she's Beyoncé

Beyoncé is still living that high after her killer performance at Coachella over the weekend. Yes, it was the talk of Twitter and everyone who was there was trying to catch a glimpse if not a picture of the Lemonade singer.

However, according to reports, Beyoncé is using her power to stop those people from posting those unflattering pictures of her.

Yes, the singer’s team has reportedly asked media outlets not to publish fan pictures from this weekend’s performance and instead only use pre-approved shots of her.

According to Page Six, Beyonce’s publicist sent out an email to outlets on Friday requesting them to only use the pictures approved by her team in an effort to avoid a repeat of what happened after the 2013 Super Bowl halftime show.

"Unflattering pictures" of Bey performing onstage went viral on BuzzFeed despite her team having requested the outlet to take them down. 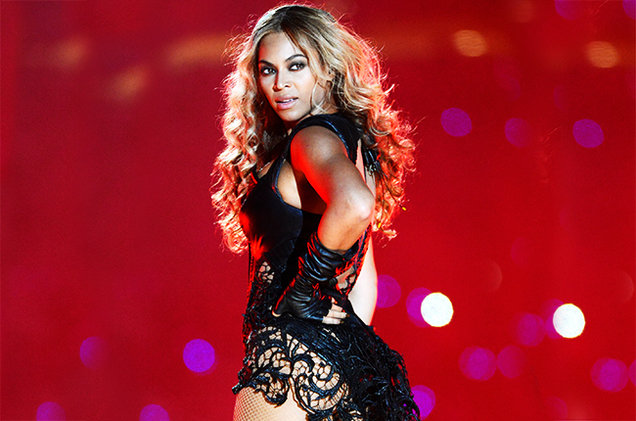 The news of Beyoncé's request has, as expected, received a mixed response online.

Many are yelling “Diva!” at the singer’s antics while others say they can understand.

.@Beyonce is asking media outlets not to publish any fan photos of her #Coachella performance. She doesn't want any unflattering pics out there. Unrealistic control freak much?? https://t.co/SdZ5h0XMMC

Maybe people should enjoy the show instead of blocking everyone behind them with their screens in the air?

That is just nonsense....people PAID a lot of money to go to #Coachella You should be able to take pictures. #Beyoncé is a talented singer, but she still needs loyal to her fans, and let them take a few pictures.

I think if thats what makes her feel better then its fine. Shes not harming no one. Its not a big de

I think this is kind of genius. #Beyonce https://t.co/YqdRtrt61D

In that case, can we request that no bad pictures of us ever appear online again? Thanks!

popular
Staycation: TripAdvisor reveals the top 10 hotels in Ireland for 2020
WATCH: Sneak peak of Paul Mescal in latest Rolling Stones' music video
"Deeply and unreservedly sorry:" Ryan Reynolds apologises for marrying on former slave plantation
Irish actor Richard Flood promoted to series regular on Grey's Anatomy
Rupert Young, twin brother of Will Young, passes away, aged 41
WATCH: The trailer for Netflix's Ratched is here
Someone has ranked the penis size of men from all over the world
You may also like
1 month ago
Model Joanna Cooper has introduced her new puppy 'Kevin' to the world
7 months ago
Red carpets, Adidas and oysters: Our top 10 fashion moments of 2019
1 year ago
Emma Louise Connolly reveals her plans for a traditional wedding with a modern twist
1 year ago
This ONE brand was spotted on all the celebrities at Coachella this year
1 year ago
Malika Haqq just went in on Jordyn Woods AGAIN ahead of her 'tell-all' interview
1 year ago
Rihanna is blessing us again by launching new lip paint shades for her Fenty Beauty line
Next Page