Big Brother have announced a new twist - and it's going to really shake up the game.

The Channel 5 series kicked off its final series on the network earlier this month, where they have been tribute some of Big Brothers' biggest and best years. 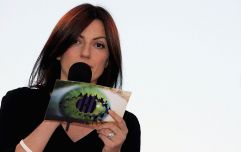 END_OF_DOCUMENT_TOKEN_TO_BE_REPLACED

And, of course, included some new twists.

The first of the new additions was the form of currency, Big Coin, that housemates can use for advantages throughout the series.

And it had a particularly big impact in week one.

There were no nominations, but rather the three housemates with the lowest totals of Big Coin were at risk of going home. It was Anamélia, ultimately, who went home.

Nominations are going to be going back to normal on Sunday, but Emma Willis announced another new twist last night [Friday, September 21].

The game is changing...Housemates will compete for the ultimate power. Introducing The Gamechanger 🤯 #BBUK pic.twitter.com/pjLAPzqgl5 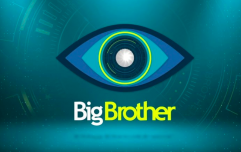 END_OF_DOCUMENT_TOKEN_TO_BE_REPLACED

There's going to be a weekly Gamechanger competition, which will see six housemates compete every week to be able to save one of the nominated housemates.

The group competing will always include the housemate that has the largest Big Coin total, as well as those who are on the chopping block.

The player with the most Big Coin will be able to pick someone else to play, too.

The Gamechanger will kick off for the first time next week.

Girls With Goals || Her · Ep.160: The Beauty Of Coaching - Hayley Harrison joins us from Sport Ireland
popular
TikTok Trend: What is laundry stripping and does it work?
Lidl to offer free period products to combat period poverty in Ireland
Zoos, heritage parks, & nature walks: Here's what's opening on April 26
Rosacea awareness month: 3 skincare products many rosacea sufferers swear by
M&S just launched the designer collaboration of dreams – with the ONE dress everyone needs
Why Are Men so Obsessed With Boobs? The Answer is Pretty Surprising...
Kate Middleton has addressed the rumours that she's pregnant with her fourth child
You may also like
1 year ago
Big Brother's Chanelle McCleary is expecting her first child
2 years ago
Looks like the host for the new Supermarket Sweep has been revealed
2 years ago
Big Brother's Lewis Flanagan reveals the comments that led to his removal from the show
2 years ago
Big Brother's Lewis Flanagan has been removed from the house for 'unacceptable language'
2 years ago
It looks like Big Brother may be coming back (and in an unexpected way)
2 years ago
Big Brother's Cameron Cole comes out as gay in emotional chat with housemate
Next Page