Jackson's estate have given their approval and it will feature his music.

Bohemian Rhapsody producer Graham King will be hoping for similar box-office and Oscar returns with his next film about a musical superstar.

After striking gold with the biopic of Queen and their charismatic singer Freddie Mercury, King is now turning his producing skills to the life of Michael Jackson.

Deadline are reporting that Jackson's estate have given King the rights to make a film about the life of the controversial pop icon. The filmmakers will also have full access to all of Jackson's music.

The publication have also reported that the film is not "intended to be a sanitised rendering of Jackson’s life."

John Logan (Gladiator, Any Given Sunday, The Last Samurai) is attached to write the script and the film is expected to span Jackson's entire life, which ended with his death in June 2009 at the age of 50.

As we know, the singer became a child star with his incredible work in The Jackson Five. After launching his solo career, he soon became 'The King of Pop' and one of the most famous artists on the planet.

However, his adulthood was mired by allegations that he sexually abused children who routinely stayed at his house for sleepovers. 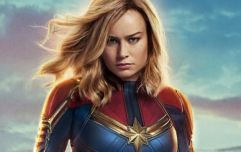 OFFICIAL: Captain Marvel 2 is now in the works

END_OF_DOCUMENT_TOKEN_TO_BE_REPLACED

The biopic marks the first film about Jackson's life that's authorised by his family - there have previously been various made-for-TV movies and documentaries, most recently HBO's Leaving Neverland.

In terms of creating musical biopics that perform well at the box-office, King seems to be on something of a streak.

Bohemian Rhapsody grossed $903.7 million and won Rami Malek an Oscar for his performance as Freddie Mercury. The film also picked up six Oscar nominations in total including Best Picture.

King and his production company have also recently completed a deal with Paramount to make a film about The Bee Gees.

At present, there's no news about casting or a release date for the upcoming Jackson biopic.


popular
Meet the cleanser that reduced pore size for 91 percent of women (in just three weeks!!!)
Brad Pitt's response to the drama over his reunion with Jennifer Aniston is interesting, to say the least
Sorry, can we talk about Kate Middleton's €10 leopard-print skirt for a minute?!
Say hello to the €20 New Look skirt that will go with everything in your wardrobe
RUN! The €16 floral Penneys dress that fits like a dream is in stores now
The €30 Penneys jumpsuit that could pass for a designer piece is in stores now... RUN!
The FAB €26 Zara top that's trending on Instagram comes in the most divine spring shade
You may also like
3 days ago
WATCH: Netflix has released the unsettling trailer for their new movie Horse Girl
3 days ago
Downton Abbey creator confirms plans to start work on a sequel
3 days ago
Dublin's Olympia Theatre to host Bohemian Rhapsody and The Greatest Showman sing-a-longs
6 days ago
Here are all the best movies on TV today
6 days ago
David Attenborough's spectacular new documentary will be shown in Irish cinemas with a Q&A after
1 week ago
David Attenborough’s new Netflix documentary looks absolutely breathtaking
Next Page