The Railway Children Return airs in 2022.

If you've got a Call The Midwife shaped hole in your heart like me then I've got some good news. 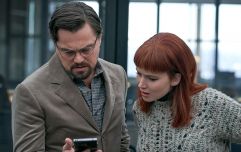 END_OF_DOCUMENT_TOKEN_TO_BE_REPLACED

Agutter originally starred in the original 1970 adaption The Railway Children.

Filming took place in the West Yorkshire countryside earlier this year. The film is directed by Morgan Matthews and written by Danny Brocklehurst.

The actress, who is best known for her role as Sister Julienne on Call The Midwife, will play a grown-up version of her character Roberta "Bobbie" Waterbury.

She is the only original cast member confirmed to return for the sequel.

The story is based around the backdrop of the child evacuees from inner cities to the countryside during World War II. The children also meet a soldier who is very far from home in The Railway Children Return. 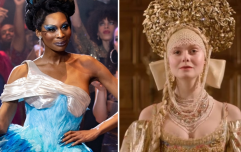 END_OF_DOCUMENT_TOKEN_TO_BE_REPLACED

If the trailer is anything to go by this movie is set to have cinema-goers in floods of tears. It's emotional, heartwarming, and full of history.

The 1970 movie and its sequel are based on the story by E. Nesbit. The charming story is a classic for a reason so why not step back in time and read it before the movie's release in 2022?

The Railway Children Return will land in cinemas in April 2022.

There's no doubt this movie will be a huge hit next year.

You can watch the first-look trailer for The Railway Children Return below.

Here’s our first look trailer for The Railway Children Return, which follows on from the beloved family classic. Arriving in cinemas 2022. pic.twitter.com/jTEMl7eGU7

popular
Women are rinsing their hair in apple cider vinegar – and the results are amazing
"Hair contouring" is about to be huge, here's everything you need to know
The Puppet Master: Where is Robert Hendy-Freegard now?
Here is how your trendy bath bombs are actually really bad news for your vagina
Damian Lewis pays touching tribute to late wife Helen McCrory with Irish poem
Love is in the air: 3 new fragrances we love – just in time for Valentine's Day
Someone has ranked the penis size of men from all over the world
You may also like
1 month ago
5 things in Love Actually that baffle me to this day
1 month ago
A TV adaption of One Day is coming to Netflix
2 months ago
Legally Blonde 3 will catch up with Elle Woods as a mum
2 months ago
The Luther movie has officially started filming, Idris Elba confirms
3 months ago
Here's why Practical Magic beats Hocus Pocus as the best Halloween movie
3 months ago
"We've all lost people": Jamie Lee Curtis talks strong, female survivors in iconic films
Next Page