So what can the cast of Love Island actually do on their phones?

We have totally waved goodbye to our social lives (bar Saturday when LI isn't on) and now find ourselves swooning over Eyal, chatting about Dani and Jack inevitably getting married and of course, about how creepy we still find Adam.

And one thing we have noticed from our intense watching, is that the Love Island-ers are often spotted on their phones, but doing what? In episode six you might of spotted Niall on his phone in bed while Georgia slept.

So if he's not shouting "I got a text"... what else could he be doing? 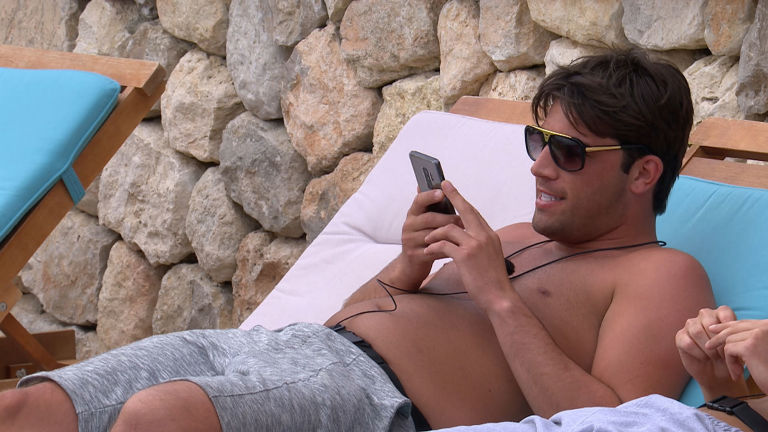 Well, it seems there is a few things the islanders can do on their phones. According to last year's contestant Harley Judge, the phones are pre-loaded with software so that the islanders can use the camera and take pics as well as message each other in a Love Island chat. All together or separately.

“You’ve got the camera, so there will be photos taken on the phones.

"We have an island chat where we can talk amongst the islanders and then Love Island can contact you so any big event in the villa you receive by text.

"You keep the phone on you at all times except for charging it, some people are better at it than others because when you’re in there you’re not thinking about your phones. And you can put it down somewhere and forget where it is and spend all day looking for it!” 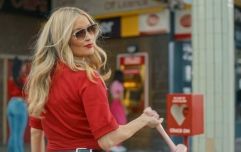 WATCH: The first trailer for Love Island 2021 is here

END_OF_DOCUMENT_TOKEN_TO_BE_REPLACED

So when Niall was on his phone in bed, chances are he was either DMing another islander or simply looking through his pics, cute.

The islanders also don't have access to the internet or wifi, so they don't see anything about the show while it's airing.

Love Island returns to our screens tonight on 3e at 9pm.

Girls With Goals || Her · Ep.161: Feeling Peachy - Sharon Keegan of Peachylean on being an absolute BOSS!
popular
The DIY frozen coffee recipe that's so delicious you'll never pay for an iced latte again
Wayne and Coleen Rooney spotted holidaying in Ireland
Summer fashion: I got my entire staycation wardrobe sorted with these 7 buys
Planning on visiting the Disenchanted set this weekend? Taxi requests are up by 142%
25 things to do when you are feeling bored – that does not involve scrolling on a screen
Someone has ranked the penis size of men from all over the world
Khloe Kardashian has JUST confirmed she is pregnant
You may also like
1 week ago
Love Island's Greg O'Shea reveals what really happened between him and Amber
1 week ago
Love Island's Tommy Fury is getting the nod for this year's I'm a Celeb
4 weeks ago
Love Island's Demi Jones reveals thyroid cancer diagnosis
1 month ago
Maura Higgins' new Inglot Elements collection has just dropped
1 month ago
Love Island's Maura Higgins and Chris Taylor confirm split
1 month ago
Love Island's Malin Andersson "pained" to talk about recent miscarriage
Next Page