Carole Baskin joins cast of Dancing with the Stars

The Tiger Queen joins an absolutely bonkers lineup for the series.

Hey all you cool cats and kittens!

Carole Baskin has joined the cast of Dancing with the Stars in America. 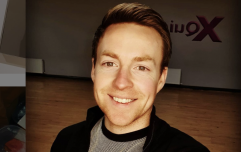 END_OF_DOCUMENT_TOKEN_TO_BE_REPLACED

The series will premiere on American televisions on 14 September with model and businesswoman Tyra Banks taking up hosting duties.

Last season’s cast sparked some controversy with the inclusion of former White House press secretary Sean Spicer, though it seems as though Baskin is the most controversial cast member in the upcoming series.

It is believed that Baskin was offered a slot on I'm A Celebrity... Get Me Out Of Here!, which will be filmed in Wales this year, but she opted for Dancing with the Stars instead.

Baskin rose to fame following the release of Tiger King on Netflix earlier this year, though you'd be forgiven for thinking that was about five years ago at this stage.

In 2018, Ireland's own Harry Potter star Evanna Lynch came third in the American version of the dancing show.

popular
Actress Regina King pays tribute to her son as he dies suddenly
Lisa Fallon praised as she opens up about terrifying ordeal on Late Late
FBI reveal that Brian Laundrie is responsible for Gabby Petito's death as they discover notebook
A documentary about two Irish boys who skipped school to go to New York is coming soon
Ben Foden explains why he called Rachel Stevens "sexiest woman alive"
And Just Like That... episode 8: Nobody saw this one coming
These are the top baby names for 2022
You may also like
2 months ago
JoJo Siwa confirms split from girlfriend Kylie Prew
1 year ago
Lottie Ryan says dad Gerry 'helped me out' with Dancing With The Stars win
1 year ago
Dancing With the Stars judge Julian Benson will miss tomorrow night's show
1 year ago
Brian Dowling makes history on Dancing With The Stars with first same-sex performance
1 year ago
Dancing With The Stars to have their first same-sex pairings on Saturday
2 years ago
Johnny Ward and former dance partner Emily Barker are officially a couple
Next Page