Chris Evans has apparently already said yes to the next series of Strictly Come Dancing.

That's according to him anyway, as he said today that he probably won't have time to do panto next year as he'll be quick-stepping his way through the celebrity dance competition instead.

If you haven't yet figured out that we are, in fact, not talking about Hollywood star Chris Evans, then please be advised that Captain America will not be hitting up the Strictly studio next year. 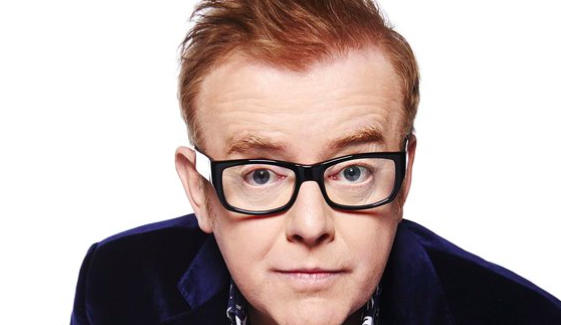 Rather, it's radio DJ Chris Evans, who's best known for hosting shows on the BBC while also leaving the BBC to go to Virgin.

He confirmed on The One Show that although he hasn't signed anything yet, he had actually said yes to appearing on the dancing show next year.

So that's one of the lineup confirmed anyway. 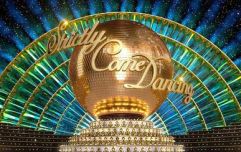 END_OF_DOCUMENT_TOKEN_TO_BE_REPLACED

Earlier today, host Alex Jones asked him whether there were any truth to the rumours surrounding his appearance on the show.

"Well, I have said yes," he told viewers.

"I think what's funny about it, everyone puts it off and tries and keep it a secret. No, announce now, we're doing it now."

See you on the floor, mate.

popular
Glossier: A first-time buyers guide to this cult beauty brand
QUIZ: How well do you remember The Princess Diaries?
J.K. Rowling has signed an open letter calling for the end of cancel culture
Someone has ranked the penis size of men from all over the world
James Franco Has Opened Up About His Relationship With Lana Del Rey
Our beloved Letterland characters - Where are they now?
Ellie Goulding Just Got Her Revenge On Ed Sheeran Over THAT Break-Up Song
You may also like
1 year ago
'He’s an absolute rat': Stacey Dooley's ex just blamed her Strictly partner Kevin for their spilt
1 year ago
'People make mistakes': Neil Jones on wife Katya's kiss with Seann Walsh
1 year ago
Joe Sugg CONFIRMS his relationship with Strictly partner Dianne Buswell in a cute snap
1 year ago
Strictly's Neil Jones just revealed why he has never been given a celebrity dance partner
1 year ago
Everyone compared Tess and Claudia's outfits to this during last night's Strictly
1 year ago
AJ Pritchard hints at potential romance with Strictly partner Lauren Steadman
Next Page