Sure to brighten your morning.

Chris Hemsworth has long been one of our celebrities to follow on Instagram and that’s mostly down to his gorgeous family.

Yes, Chris, his wife Elsa, and their three kids Sasha, Tristan and India make for pretty great entertainment and their latest video is proof of just that.

Sharing a video of himself, his kids and the family dog dancing along to one of the biggest songs of the last few years, Chris proved both why you have to follow him on social media and that he’s just as big a Miley fan as the rest of us.

“What started as a groundbreaking music video ended in a savage attack by a cowardly K9," the actor joked.

“Never work with kids or animals.”

Yes, the dad-of-three bust a move to Miley’s Wrecking Ball which was famously written after she and Chris’ brother Liam split. No hard feelings then, obviously.

END_OF_DOCUMENT_TOKEN_TO_BE_REPLACED

From the sound of things, mum Elsa was behind the camera throughout the performance and had a little giggle to herself at the goings-on.

And she wasn't the only person enjoying the show.

Miley herself later shared the footage on her Instagram stories with love heart emojis around it - approval from MC herself. 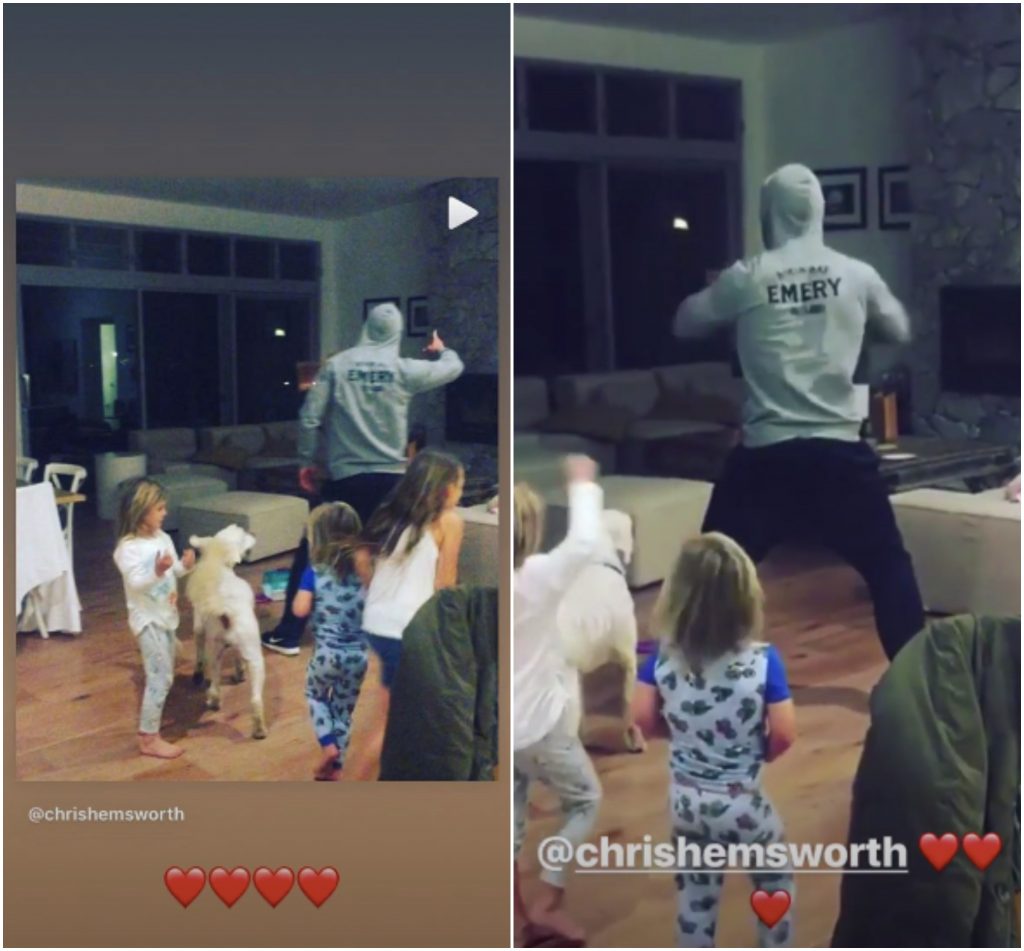 The adorable video is too sweet to watch just once and we think others agree as it has nearly 4.6million views at the time of publishing.