Christine Quinn won't be making an appearance in the show's first ever reunion which hits Netflix next month after she tested positive for Covid-19.

END_OF_DOCUMENT_TOKEN_TO_BE_REPLACED

While the entirety of season five gave us a solid dose of much needed drama, Christine was at the centre of it all and even hinted at quitting The Oppenheim Group in the finale.

This came after allegations were made that she had tried to bribe one of Emma Hernan’s clients into dropping her and working with Christine instead.

So you can only imagine how disappointed fans were to discover she wouldn't be making an appearance at the reunion set for May 6th.

And she wasn't the only one missing from the cast photo, Amanza Smith wasn't seen either. 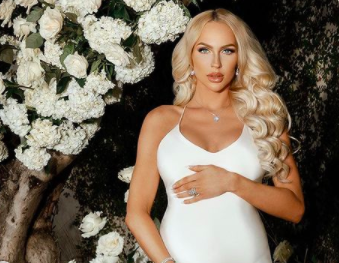 END_OF_DOCUMENT_TOKEN_TO_BE_REPLACED

For the same reason as Christine, she had also tested positive for Covid and couldn't attend but would be there virtually, while Christine reportedly "wasn't feeling well enough to do it."

A rep for Christine told TMZ: "She tested positive for Covid on Saturday and out of an abundance of caution, she did not attend the reunion."

As she has Covid, Amanza gave fans a glimpse at how she now had to get ready all by herself, telling her followers on Instagram: "I’m going to be joining them via satellite, via Zoom, from my kitchen/living area.

END_OF_DOCUMENT_TOKEN_TO_BE_REPLACED

"I did my own hair and makeup."

Amanza then joked that she looked "a whole lotta better" than she felt with Covid.

Heather Rae El-Moussa also hinted at an emotional reunion, saying: "Whooo! There have been tears. There’s been a lot, so you guys are gonna love it.

While Chrishell Stause wrote on her Instastory: "Longest day ever. Just headed home now. Feel like I got spat out of a tornado. I love our crazy family though."

popular
Here's why Nicola Peltz-Beckham's family are suing her wedding planners
Tommy Fury responds to Jake Paul ruining his baby news
Looks like Maura Higgins knew Molly-Mae's baby name this whole time
Love Island's Zara speaks out after being dumped from the villa
Chrishell Stause faced "unbelievable" trolling for relationship with G-Flip
I got my first ever smear test – and it wasn't as scary as people make it out to be
We're all getting Hailey Bieber's new box bob haircut in 2023
You may also like
3 weeks ago
WATCH: The trailer for Pamela Anderson's Netflix documentary is here
1 month ago
All of the new Netflix movies and shows arriving in January
1 month ago
Netflix fans left on the verge of 'throwing up' and issue warning about 'upsetting' dog movie
1 month ago
Netflix teases UK version of Selling Sunset to begin next year
1 month ago
Check out the first look at Netflix's Pamela Anderson documentary
1 month ago
Royal family sources claim they were not contacted by Netflix about Harry & Meghan
Next Page