She's set to leave the cobbles later this year.

But it looks like Bethany Platt's Corrie exit may not have a happy ending - as Corrie boss Iain MacLeod has teased some serious heartbreak in store.

The character, played by Lucy Fallon, is set to spark a romance with Daniel Osbourne, who recently lost his wife Sinead to cancer. Bethany has fallen head over heels for Daniel, whose head is still all over the place as he is grieving.

And MacLeod told Metro that there's another part of the Bethany/Daniel storyline to play out before Lucy Fallon leaves the soap.

"What we wanted to make sure once Katie had left the show was that we didn’t have nothing for Rob Mallard to be doing," he said. 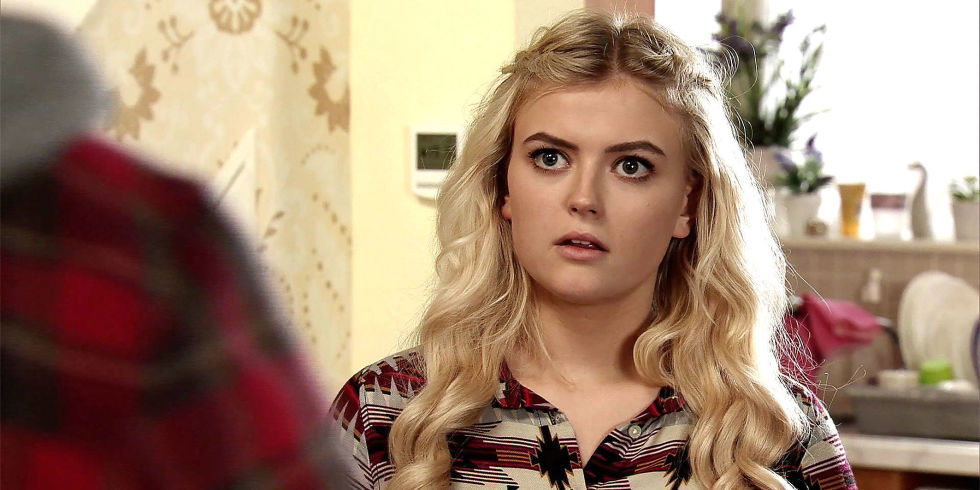 END_OF_DOCUMENT_TOKEN_TO_BE_REPLACED

"So, what we have is at first a slow-burn story that gradually ramps up in intensity where Daniel in his efforts to move on from Sinead sort of takes her edict that he should be happy. I’m sure you’ll remember the line where she said, 'Don’t forget about me, but do forget about me'."

He explained that as Daniel gets his head around that idea, he "ends up accelerating into a romantic entanglement with Bethany".

"I think we will all know relatively early on is going to end in tears for both of them," he continued. That’s a really good story for Rob and really showcases his abilities, gives Bethany and Lucy Fallon something entirely new to do, this doomed romance, so that’s going to be really big over the first 3-4 months or so."

popular
Aldi's pet event is back and yes, those are hooded parkas for dogs
There’s A Way To Rescue Your Favourite Snapchat Filters
QUIZ: How well do you remember the first episode of One Tree Hill?
WATCH: Former classmate of Paris Hilton opens up on reform school experience
Curtain bangs are trending - here's everything you need to know
Having a sister can actually make you a happier person, says study
Daniel O'Donnell announces his first live streamed concert
You may also like
5 months ago
Corrie's Jack P. Shepherd shares throwback photos to celebrate 20 years on the soap
6 months ago
Real life Corrie couple Sally Carman and Joe Duttine have gotten engaged
6 months ago
Corrie's James Burrows has landed his first role after leaving the soap
6 months ago
Coronation Street star 'in self-isolation' over coronavirus worries
6 months ago
'The hardest goodbye': Corrie's Lucy Fallon pays tribute to Bethany Platt as her final scenes air
6 months ago
Coronation Street's James Burrows shares details about Ali Neeson's exit storyline
Next Page