According to The Sun, the couple are in for a less-than-happy New Year as Jade Rowan - who has been teaching Fiz's daughter, Hope - reports them to social services.

She falsely accuses them of child abuse, which results in both Hope and ruby being taken into care.

"The couple will be completely blindsided by having their children taken off them and at a loss as to how it could have happened," an insider told the publication. “But it is actually Jade that has reported them to social services for allegedly abusing Hope and Tyrone’s daughter, Ruby." 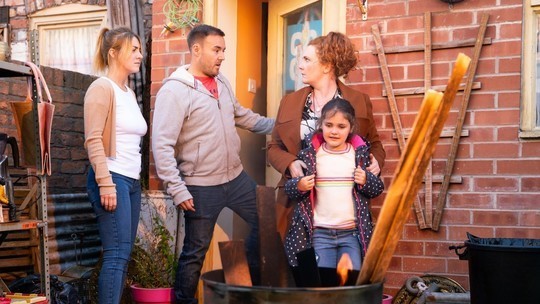 “They are taken away from the couple while an investigation into the claims is carried out," the source continue." In the meantime Fiz and Tyrone face 2020 wondering what happened to their family.”

As the investigation into the claims is being conducted, Jade suddenly disappears - which leads to Tyrone's grandmother, Evelyn, turning into a detective to track her down.

Fiz understandably wants to confront her, but Tyrone warns her and Evelyn against it - noting that doing something like that may hurt their chances of getting their kids back from social services. 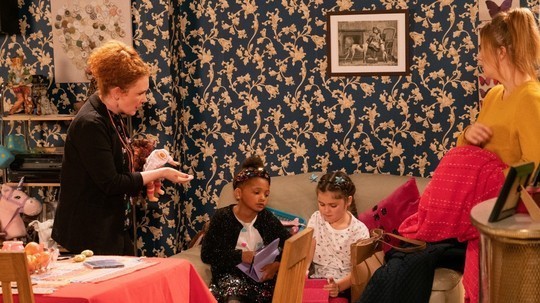 Viewers have long suspected that there may be more to Jade than meets the eye, but if we're being totally honest, we never expected it would be something like this...

popular
QUIZ: How well do you remember The Princess Diaries?
Security footage released of Naya Rivera as search is updated to recovery mission
Know someone from Dublin who is living abroad? They might need this candle
Glossier: A first-time buyers guide to this cult beauty brand
Someone has ranked the penis size of men from all over the world
5 absolute essentials for when you're having the gals over for a summer evening soirée
Netflix confirms that The Crown will have a sixth season after all
You may also like
3 months ago
Real life Corrie couple Sally Carman and Joe Duttine have gotten engaged
4 months ago
Corrie's James Burrows has landed his first role after leaving the soap
4 months ago
Coronation Street star 'in self-isolation' over coronavirus worries
4 months ago
'The hardest goodbye': Corrie's Lucy Fallon pays tribute to Bethany Platt as her final scenes air
4 months ago
Coronation Street's James Burrows shares details about Ali Neeson's exit storyline
4 months ago
Corrie's Ian Bartholomew says it is 'uncomfortable' playing Geoff Metcalfe
Next Page