Coronation Street's Kym Marsh has weighed in on the big twist in Michelle Connor's exit.

The actress announced earlier this year that she would be taking a break from the cobbles, after more than a year on the soap.

And with her final scenes set to air later this month, Coronation Street have revealed a bit more about what to expect from Michelle's final scenes.

The fan favourite recently managed to get ownership of the bistro as part of her revenge against Robert Preston, after she discovered that he had been cheating on her with (and was also engaged to) Vicky Jefferies.

According to Metro, she will accept an offer from a mystery bidder later this month - and is less than thrilled when she comes face-to-face with the new owner: Ray Crosby.

"She’s furious about that. Of all the people to buy the bistro, it’s him, the slimeball! He’s the last person that she was expecting. She doesn’t take the news very well and contemplates trying to change things but it’s too late. He’s the last person she’d want to sell the bistro to," Kym explained to the publication. 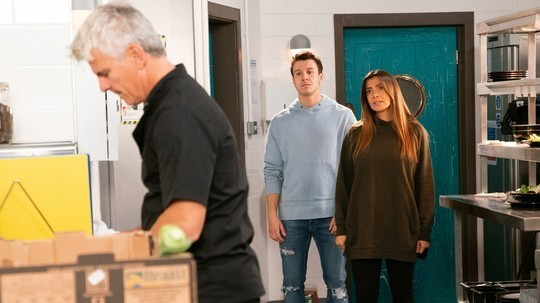 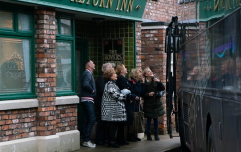 END_OF_DOCUMENT_TOKEN_TO_BE_REPLACED

She added that Michelle smashes the place up when she finds out, as she is "in a bad place" after everything in recent weeks - and the dramatic scenes set to play out on Christmas Day.

"I’m just going to smash the place up! She knocks everything off, throws things and smashes the place up. For her it’s everything mounting up," she explained. "The events of Christmas Day, and everything afterwards. she doesn’t even think it’s that much about Ray as everything else is going on. She’s in a bad place at that point."


popular
Another homeless man found dead in Temple Bar this morning
10 stunning – and unique – Irish baby names that are not too popular yet
The versatile €20 Penneys dress we plan on living in for the next few months
'Every breath is a struggle' Father of three children found dead in Dublin home issues statement
The flattering ASOS dress you're going to see at so many spring 2020 weddings
A Coronation Street legend is set to leave the cobbles next month
Penneys is currently selling the PERFECT white blouse, and it's only €15
You may also like
3 days ago
'It’s not goodbye, just see ya later': Lucy Fallon shares tribute after filming her final scenes for Corrie
5 days ago
Coronation Street planning hour-long special 10,000th episode
1 week ago
Coronation Street has confirmed a heartbreaking storyline for Maria Connor
1 week ago
Corrie's Lucy Fallon confirms she has filmed Bethany Platt's exit scene
1 week ago
Coronation Street's Gemma and Chesney to discover their baby son Aled is deaf
2 weeks ago
The exit storyline for Coronation Street's Shona Ramsey has been revealed
Next Page