Earlier this month, it was reported that the hairdresser would soon discover she was pregnant with  Gary Windass' baby.

The pair recently struck up a romance, but things began to get very seriously, very quickly after Maria makes her choice between Gary and Ali Neeson.

According to The Sun, scenes that are set to air in the lead up to Christmas will see Maria share the news that she is pregnant - and the two of them will get even closer.

Gary will suggest that the two of them view a flat up for rent in Victoria Court - and while Maria is over the moon at the idea, it isn't long until Gary's secrets start coming to light... 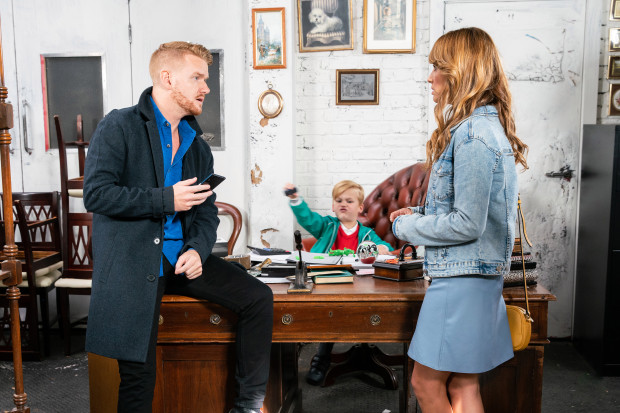 END_OF_DOCUMENT_TOKEN_TO_BE_REPLACED

Samia Longchambon, who plays Maria, spoke to DigitalSpy about the upcoming storyline.

"She does really like Gary. Obviously she has known him for years. He is a single dad, she is a single mum, so they've got a lot in common in that sense and he is being really sweet to her," she said.

"Ali dumped her and it may have started off as a bit of a rebound, but the more she sees in Gary, the more she does really like him. But I do think she still has feelings for Ali deep down as well," the actress continued. "She is throwing herself into this relationship with Gary to try and make it work because she knows that Ali is in a bit of a mess, so Gary seems like the safe bet… which couldn't be further from the truth!"

popular
QUIZ: Can you guess the TV series from the intro lyrics?
People are freaking out thinking that their star signs have changed
The trailer for The Deceived has dropped, the new thriller starring Paul Mescal
Black Lives Matter protester statue replaces slave trader Edward Colston on plinth
5 absolute essentials for when you're having the gals over for a summer evening soirée
Vegan chocolate fudge cake: A mouth-watering new recipe from The Happy Pear
A new social distancing outdoor escape game is coming to Ireland this August
You may also like
3 months ago
Real life Corrie couple Sally Carman and Joe Duttine have gotten engaged
4 months ago
Corrie's James Burrows has landed his first role after leaving the soap
4 months ago
Coronation Street star 'in self-isolation' over coronavirus worries
4 months ago
'The hardest goodbye': Corrie's Lucy Fallon pays tribute to Bethany Platt as her final scenes air
4 months ago
Coronation Street's James Burrows shares details about Ali Neeson's exit storyline
4 months ago
Corrie's Ian Bartholomew says it is 'uncomfortable' playing Geoff Metcalfe
Next Page