Coronation Street's Tina O'Brien has signed a new deal to remain with the soap another year, according to reports.

According to The Sun, soap bosses were trying to make sure that the actress - who plays Sarah Platt - would be staying in Weatherfield for the soap's 60th anniversary next year.

The news comes as Lucy Fallon, who plays Tina's on-screen daughter Bethany Platt, announced she would be leaving the soap earlier this year.

"It is a shame that Lucy is breaking up the family but she feels it is time to move on. Tina, however, is going nowhere," an insider told the publication. "The executives are well-aware that they need some glamour in the show and Tina was offered a new deal at the earliest opportunity."

"Tina's a definitely favourite for viewers and bosses have big plans for her," the source continued. 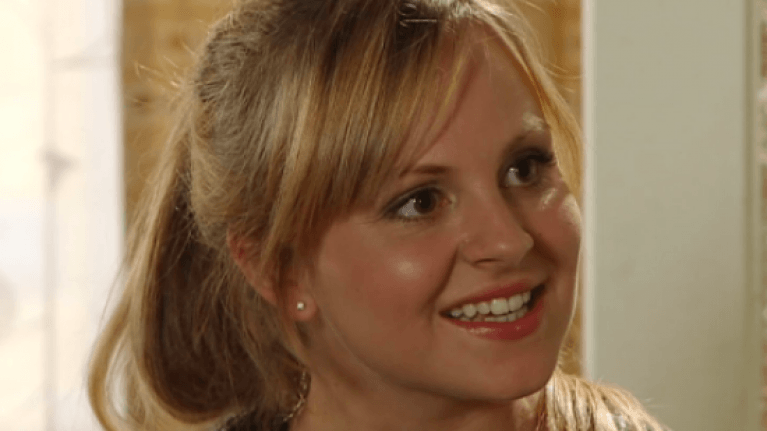 The news of Tina's new deal comes a few months after Lucy revealed when her final Corrie scenes would air.

END_OF_DOCUMENT_TOKEN_TO_BE_REPLACED

Lucy explained that while it will be "horrible" to leave Corrie behind, it felt like the "right time" after five years.

popular
It turns out we may have been brushing our hair wrong the whole time
Three children and two staff test positive for COVID-19 at Meath creche
90-year-old grandfather comes out as gay in viral post and inspires millions!
'Selling Sunset' Season 4: Here's everything we know about the hit show
13-year-old boy drowns in tragic accident at Dublin reservoir
Non-surgical face lifts: What are they, how do they work, and are they right for me?
Love, Guaranteed is the romantic comedy we never knew we needed
You may also like
3 days ago
The second season of Dirty John lands on Netflix next week and we’re already hooked
1 week ago
QUIZ: How well do you know The Young Offenders?
1 week ago
Ellen DeGeneres addresses workplace allegations in letter to staff
1 week ago
WATCH: Brendan Gleeson nails the Donald Trump look and voice in first trailer for The Comey Rule
1 week ago
Erin's Diary: An official Derry Girls book is coming out this year
2 weeks ago
All the movies worth watching on TV this weekend
Next Page