In tonight’s episode, the Islanders take part in a challenge called Snog, Marry, Pie, where each Islander takes it in turns to decide whether to snog, marry or pie an Islander of the opposite sex.

So like snog, marry, avoid, but instead of avoiding them, you fling a pie in their face.

After all of the drama between them, Amber serves Michael up a large cream pie to the face. JUSTICE IS SERVED.

But will he pie her back? Who knows! 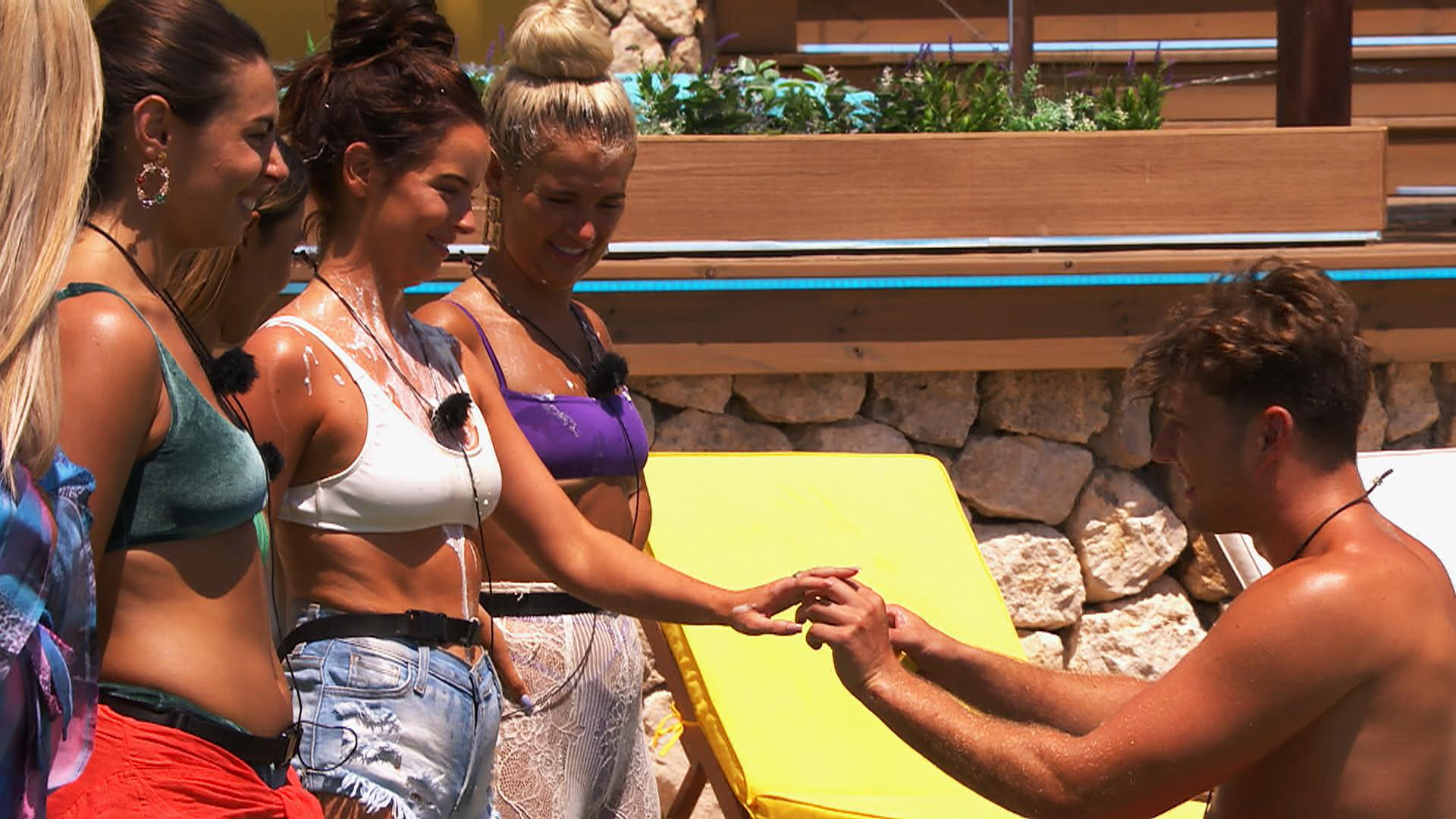 When Francesca is choosing, she kisses Curtis, telling him: "I’m not sure you’re marriage material yet."

While Maura uses the game as an opportunity to snog the face off of Curtis. 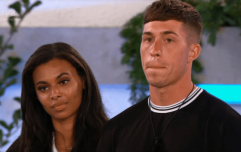 END_OF_DOCUMENT_TOKEN_TO_BE_REPLACED

Molly-Mae pies Anton to teach him a lesson for giving his number to the supermarket cashier.

But it’s Anton who seems to pie himself when he chooses to kiss Anna on the lips for the ‘snog’ part of the challenge, before choosing to ‘marry’ Belle. 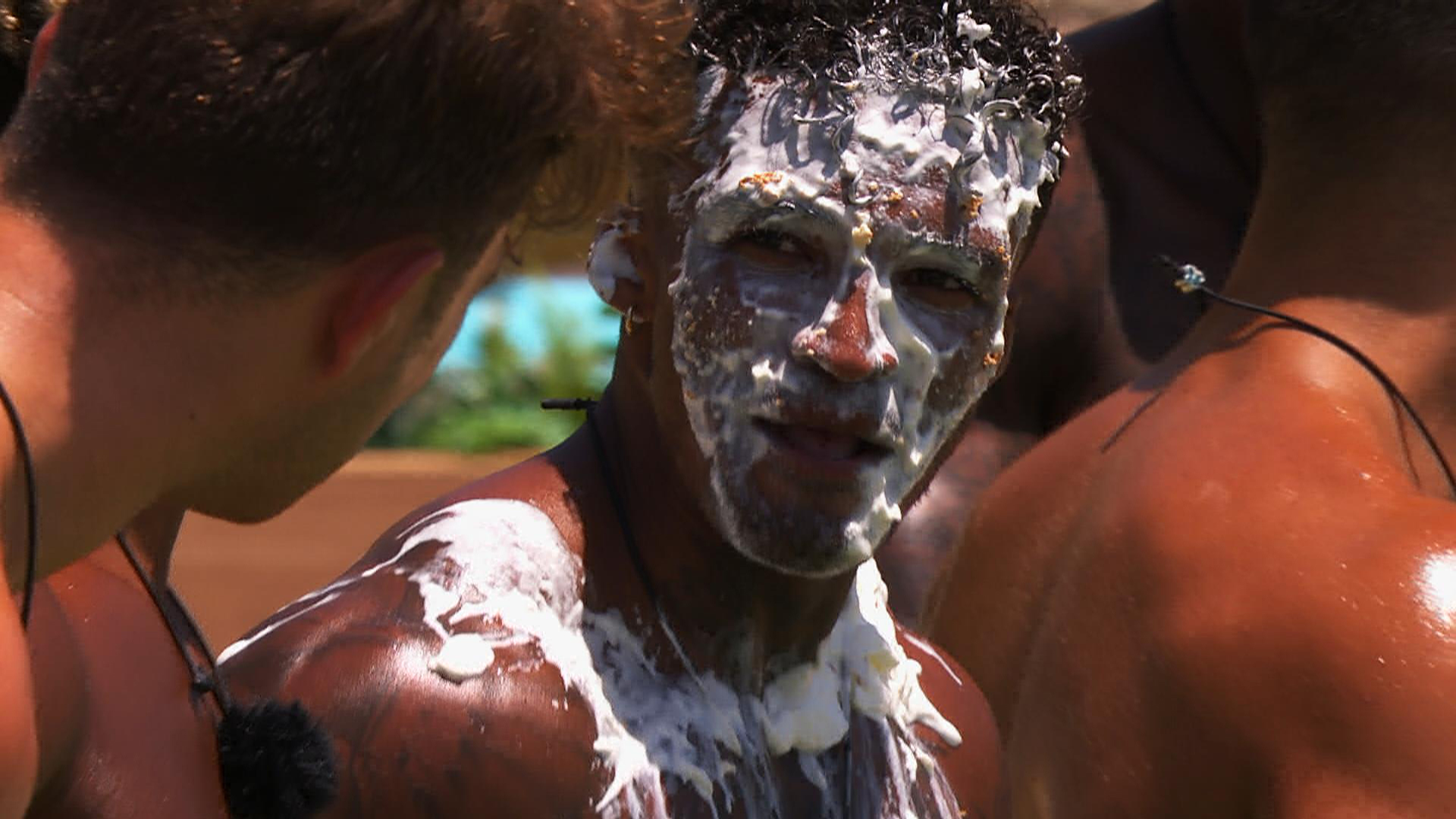 Belle doesn’t accept his reasons that Anna was a great kisser in the series’ earlier Kissing Challenge and is annoyed at Anton, refusing his proposal of marriage.

Curtis kisses Francesca and proposes marriage to Maura – could his feelings for the girls be becoming clearer?

While Ovie finally gets pay back on Anna as he serves her a double cream pie.

Excellent drama all round.


popular
River Island's floral €60 dress is the first piece you'll want for your spring 2020 wardrobe
10 stunning – and unique – Irish baby names that are not too popular yet
Penneys is currently selling the PERFECT white blouse, and it's only €15
Everyone has the same prediction ahead of tonight's episode of Love Island
Holly Willoughby wore a gorgeous €59 shirt from Massimo Dutti this morning
Say hello to the €19 Penneys skirt that will go with everything in your wardrobe
Chrissy Teigen did NOT hold back when responding to criticism of her son's outfit
You may also like
4 hours ago
Meet the two new bombshells set to enter the Love Island villa tonight
8 hours ago
Laura Whitmore responds to headline calling for her to be 'sacked' from Love Island
2 days ago
Love Island's Dani Dyer was reportedly 'upset' after finding out Jack Fincham's baby news
2 days ago
'A proud dad' Love Island's Jack Fincham has become a father
2 days ago
Love Island fans are all saying the same thing about Siânnise after last night's episode
3 days ago
One boy dumped from the villa tonight as Rebecca makes a difficult decision
Next Page