Danny has said that he is "grateful for the ups and downs" he experienced during his time on Love Island.

He and Jourdan tonight became the latest Islanders to be dumped after receiving the fewest votes from the public.

Danny, who was previously coupled up with Yewande and Arabella on the show before pairing off with Jourdan, has admitted that he made mistakes on the show.

END_OF_DOCUMENT_TOKEN_TO_BE_REPLACED

"I made mistakes for sure but I’m grateful for all the ups and downs because it led me to where I am today and I am a happy man," he said after the dumping.

"Anything I wanted to say, I feel like I said it in the moment. I apologised for things that I did wrong."

He didn't think he was at risk of going home this evening, he added.

"I felt like me and Jourdan may have been safe because out of the three couples we were the only romantically involved people.

"I was gutted though but I’m really grateful for my journey." 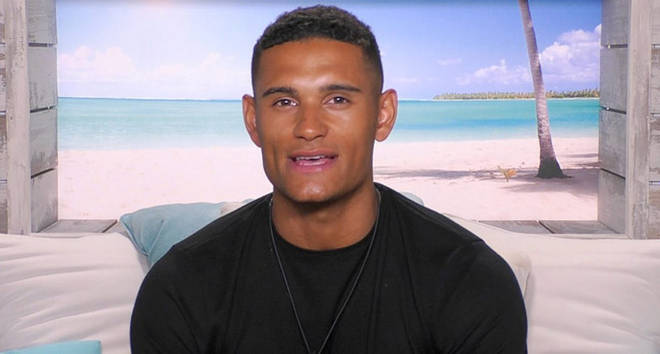 "I’m excited to do the normal things."

END_OF_DOCUMENT_TOKEN_TO_BE_REPLACED

As for what's next? Danny certainly isn't planning on reuniting with either of his Love Island exes anyway.

"I feel like I know so much about her and her character.

"I know her personality on a deep level but she doesn’t know my parents’ names or the simple things! I’m excited to do the normal things."

END_OF_DOCUMENT_TOKEN_TO_BE_REPLACED

Jordan echoed this in her exit interview, saying; "I came in looking for a best friend and we’ve already said that we have a really strong friendship if not best friendship.

"I feel like what’s next is to take that to a further romantic level. And to get to know each other in a normal world."

popular
Charlie Bird says he "cries every day" as he struggles to cope with MND diagnosis
Real Housewives of Johannesburg star Naledi Willers dies aged 30
Boris Johnson announces birth of "healthy baby girl"
Concerns over travel restrictions this Christmas due to “significant numbers” of Omicron
Marty Morrissey to take a step back from RTÉ after tragic death of mum Peggy
Pippa O'Connor "forever grateful" as she goes to Billy's last check up in Holles Street
Schoolboy placed in isolation for putting hair in plaits like female classmates
You may also like
2 weeks ago
WATCH: The trailer for Netflix's Anna Delvey series is finally here
2 weeks ago
Everything we know about Selling Sunset spin-off, Selling Tampa
3 weeks ago
I'm a Celeb trials set to be different this year, producers say
3 weeks ago
Vogue Williams to host new body image show Send Nudes
3 weeks ago
Bake Off fans heartbroken after fan favourite leaves the tent
3 weeks ago
It's official, a Harry Potter cast reunion is taking place
Next Page