Elf is the best Christmas film in the world.

This is not a question nor is it something to be debated.

It is a fact. We're telling you. 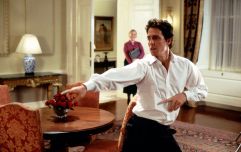 END_OF_DOCUMENT_TOKEN_TO_BE_REPLACED

Chances are if you're a real life human being who likes nice things, you'll believe that Elf is the best Christmas film in the world.

But if you, for some reason, have any doubts that the Will Ferrell classic isn't literally the best thing on TV over the Christmas period, don't worry because we're here to set you straight. 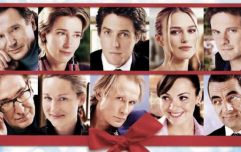 A Love Actually reunion is officially happening for the 20th anniversary

END_OF_DOCUMENT_TOKEN_TO_BE_REPLACED

1. Will Ferrell is perfection

Try think of a better Buddy the Elf than Will Ferrell - and then stop right now because you can't.

He was perfect. He was simultaneously adorable and hilarious. He looked ridiculous in that elf suit. He delivered some of the most iconic and hilarious lines in cinema. 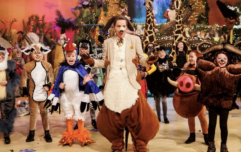 END_OF_DOCUMENT_TOKEN_TO_BE_REPLACED

2. The plot is genuinely inspired

So many Christmas movies are uninspired, dull, and boring.

A person is sad for some reason around Christmas and then they fall in love and everything is fine - or, the plot of every Christmas movie ever.

Elf is different. Elf has a beginning, a middle, and an end. It has a hook. It has subplots. It has subsubplots.

James Caan who was hobbled by Kathy Bates in Misery.

James Caan who ruined everybody in The Godfather.

That James Caan. The good one.

4. You'll be unable to believe that that is, in fact, Zooey Deschanel every time you watch it

5. They never did a sequel

And that makes Elf immediately better than most Christmas films.

Because, after all, a movie is only as good as its sequels... and those are always shit.

popular
Brighten up your Christmas with these affordable festive lights, coming to Lidl next week
Shawn Mendes (24) is reportedly dating Dr Jocelyne Miranda (50)
3 simple tips to get your nails in shape ahead of Christmas
David Walliams has reportedly quit Britain's Got Talent following offensive comments
Apparently this is the best date to put up your Christmas tree
Why Are Men so Obsessed With Boobs? The Answer is Pretty Surprising...
Irish wellness brand cancel Cork pop-up following explosion on ship full of stock
You may also like
23 hours ago
Lindt opens first ever Dublin City Centre pop-up shop just in time for Christmas
2 days ago
The first ever Afro-inspired Christmas market is coming to Dublin this year
4 days ago
Apparently this is the best date to put up your Christmas tree
5 days ago
Ryan Tubridy hints at this year's Toy Show theme
1 week ago
PSA: The Coca-Cola Christmas truck is coming back this year
3 weeks ago
10 Irish makeup and skincare brands to shop with this Christmas
Next Page