We've waited over a year and it didn't disappoint.

Derry Girls made a welcome return to Channel 4 tonight and once again had us in stitches from beginning to end.

In tonight's episode our gals (and the wee English fella) embarked on an outdoor pursuits weekend with a boys' school group; an outing that was only ever going to spell trouble.

Erin and Michelle saw it as a chance to get off with some new and exotic members of the opposite sex, James as a way to make male friends, Claire as an educational opportunity and Orla... well you couldn't be quite sure of Orla's intentions. 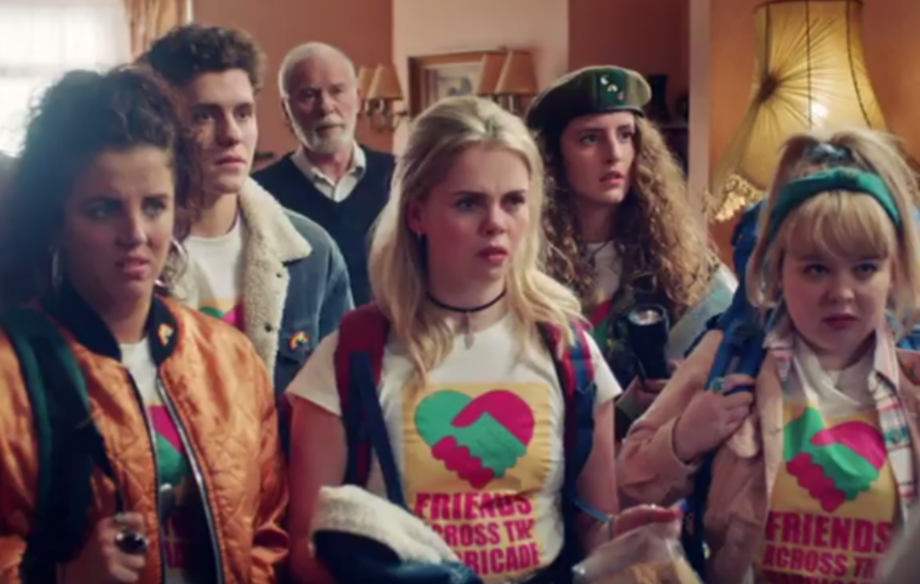 As well as the main cast, all of the best things about season one have returned for season two.

The cinematic aerial views of Derry are still a feature, as is the banging 90s' soundtrack.

So are our favourite supporting characters - Jenny the lick-arse, the glorious Father Peter and, praise be, Sister Michael.

The perennially fed-up nun got some of the best quips of the episode ("I think we should keep them in cages") but the line that had most people on line cracking up was how one of the Protestant lads described her.

We're already buzzing to tune in again next week.


popular
This STUNNING €40 Zara dress is all you need to update your wardrobe for summer
The largest family in Britain have welcomed baby number 22
The miracle-worker shampoo that is keeping my blonde hair brass-and breakage free
Are the IT GALZ up on their sexual health knowledge? We tested them to find out
"I feel on top of the world today" Ryan Tubridy returned to his radio show this morning after having Covid-19
The €13 Zara top that comes in four colours will become the most-worn item in your wardrobe
'Highly recommend' New Netflix series Unorthodox is receiving rave reviews
You may also like
3 days ago
The Sister is the gripping new drama that will be your next TV obsession
1 week ago
Just My Luck is on TV this morning and that's our Saturday sorted
1 week ago
Home Before Dark is the mystery series everyone's going to be talking about this year
3 weeks ago
The trailer for the Who Wants To Be A Millionaire drama Quiz has been released and we're already hooked
4 weeks ago
The Late Late Show cancels live Limerick show due to coronavirus fears
1 month ago
Cancel all your plans because Bridesmaids is on TV tonight
Next Page