Cosmetic doctor Tijion Esho has said that he can't think of any doctor who would take part in new Channel 4 show The Surjury.

The controversial show, due to air in 2020, is set to be fronted by Love Island presenter Caroline Flack.

It will see contestants try to convince a jury of 12 strangers that they should be chosen to undergo a cosmetic procedure, like a breast augmentation or nose job.

The jury will have to choose between contestants and award one with the surgery they want.

Now Dr Esho, who was approached to work on the show, has said that he had to turn the gig down for ethical reasons.

"Having surgery is such a personal choice and it shouldn’t be based on a jury telling you whether or not to have something done," he told Metro.

"The process of any procedure has big risks and to be honest I can’t think of any doctor who would take part so I am wondering who agreed to sign up to do it."

Dr Esho, who previously appeared on E4 show Body Fixers, said he was initially interested when the idea was pitched to him but backed out when he saw a press release detailing the show's concept. 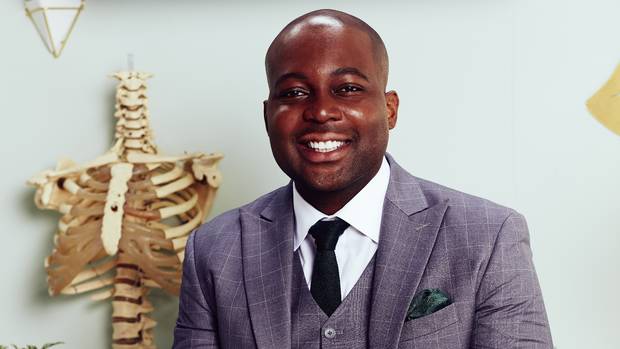 "I tried to get more information about the show and in the end, I couldn’t get any more so it got to the point where I told my management that I couldn’t do it.

"I had to look at it from an ethical point of view and to be responsible for the millennial generation."

END_OF_DOCUMENT_TOKEN_TO_BE_REPLACED

Host Caroline Flack meanwhile got into a Twitter spat with Jameela Jamil this week after details of the show were announced.

END_OF_DOCUMENT_TOKEN_TO_BE_REPLACED

Caroline was quick to reply, saying; "Have you managed to see a copy before me ? Please forward .. am desperate to see.."

Another Twitter user asked Caroline why she was defensive about such a "toxic and exploitative" show, to which Caroline replied that life is "about individual choice".

Because I’ve filmed it and the people who have taken part are amazing and have been through a lot and life is about individual choice ...

Yikes. Given everything that's gone on in reality TV over the past year, we've our fingers crossed that Channel 4 looks after everyone involved properly.

popular
Fundraiser set up for boy attacked by pit bull in Wexford
Kylie Jenner shuts down claims she used her children to cover up for Balenciaga
Jill Scott admits she gave Owen Warner extra food at meal time
It looks like Harry Styles and Kendall Jenner could be getting close again
The trailer for Channel 4's Vardy V Rooney: A Courtroom Drama has dropped
Fair City star Jenny Dixon shares her twins' gender in sweet video
Gwen Stefani reportedly pregnant with baby number four
You may also like
3 weeks ago
WATCH: The trailer for Dead to Me is here
3 weeks ago
Netflix reveals full line-up of new shows and movies arriving in November
4 weeks ago
The trailer for Firefly Lane season two is here
1 month ago
Netflix to crack down on password sharing soon
1 month ago
The Strictly Come Dancing 'mole' drama explained
1 month ago
Wait, are we getting an all-stars edition of Come Dine With Me?
Next Page