There is no basis to the claim whatsoever.

Over 400 people have complained about Eamonn Holmes' recent comments about coronavirus and 5G.

The presenter was discussing the new and totally unfounded conspiracy theory that 5G masts are to blame for the spread of Covid-19 when he said he believes there could be some truth to the theory. 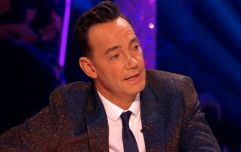 END_OF_DOCUMENT_TOKEN_TO_BE_REPLACED

Speaking on This Morning alongside wife Ruth Langsford, Holmes said that he wants to keep an "enquiring mind" when considering the role 5G masts are having on the spread of the virus.

“What I don’t accept is mainstream media immediately slapping that down as not true when they don’t know it’s not true," he said.

“No one should attack or damage or do anything like that but it’s very easy to say it is not true because it suits the state narrative.

“That is all I would say as someone of an enquiring mind.”

TV watchdog Ofcom have already received 419 complaints about the show's segment. “We are assessing this programme in full as a priority," they said in a statement to PA news.

Holmes later said on Twitter that he "didn't" spread the conspiracy theory. "I reserve the right to listen and question," he argued. 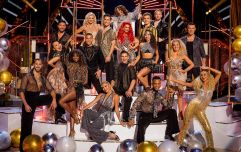 END_OF_DOCUMENT_TOKEN_TO_BE_REPLACED

There is no evidence to suggest that 5G masts are to blame for the spread of coronavirus in the UK.

UK senior minister Michael Gove has dubbed the claims "complete and utter rubbish and the worst kind of fake news," but despite this, many conspiracy theorists have begun targeting the masts with the intention of destroying them.

Other public figures who have spread the conspiracy theories about 5G include Woody Harrelson, Amir Khan, and Amanda Holden - the latter who shared a petition to ban the masts.

A spokesperson later said that Holden shared the petition by "accident."