EastEnders' Christmas episode will see one member of the Mitchell family deliver a "killer blow," according to reports.

The Head of Continuing Drama Kat Oates told The Sun how fans of the long-running soap will be left stunned after Phil Mitchell finally learns the truth about Sharon and Keanu's relationship.

"You learn that if you cross one Mitchell then you cross them all, so there's a little bit of a twist in there as to who's going to deliver the killer blow - that's very much part of it," she teased.

She also addressed some of the other storylines which are set to play out over the Christmas holidays.

The Carters will be facing Linda's descent further into alcoholism, with the return of their son Lee forcing them to confront the situation with fresh eyes.

And there's going to be some "great comedy" with the Slaters, who will be having their Christmas dinner celebrations. 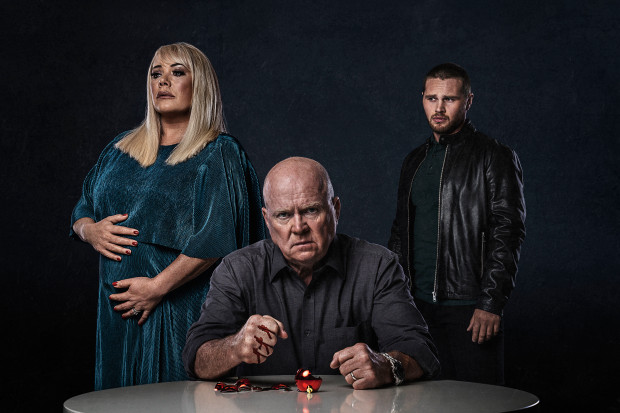 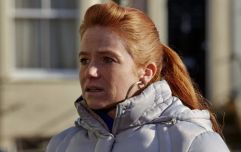 END_OF_DOCUMENT_TOKEN_TO_BE_REPLACED

"But take on the Panesars as well, there's a little twist in there too, what does Kheerat have to say to Jean as we move forward" Oates said.

She added that this year was going to be a "classic EastEnders Christmas", with a combination of storylines coming to a head.

"Martin's journey to the dark side as he's sort of developed his relationship with Ben, which has taken him into the various ways," she continued.

"Phil obviously finding out the truth and Louise finally kind of accepting what's been under her nose this whole time, so this great kind of combination of stories, which results in Sharon being chucked out in glorious fashion.

"But also some great comedy, a huge ensemble piece, a classic EastEnders, rattling through some great stuff and some wonderful unanswered questions that we will be tackling in future episodes."


popular
'Be A Lady, They Said!' You need to watch this incredibly powerful video about being a woman
The comfy €42 M&S boots we're going to be living in all spring
The dress that Holly Willoughby wore this morning is getting very mixed reactions
Netflix's Babies documentary is making quite the impression online
These €20 Zara trousers are seriously comfortable and they come in three colours
Little Fires Everywhere, starring Reese Witherspoon, is set to be your new TV obsession
WATCH: Beyoncé performs at Kobe and Gianna Bryant's memorial at the Staples Center
You may also like
2 days ago
'Maybe see you again one day': Jacqueline Jossa sends fans wild as she hints at possible EastEnders return
2 days ago
EastEnders has confirmed who died in the boat crash
3 days ago
June Brown has said she has left EastEnders 'for good'
5 days ago
'It is like a Greek tragedy': EastEnders boss Kate Oates teases identity of the boat party victim
1 week ago
EastEnders' Ian Beale has been revealed as the soap character people fancy the most
3 weeks ago
'It was a total shock': Danny Dyer on the identity of the character killed in EastEnders' 35th anniversary
Next Page