EastEnders' Jasmine Armfield has quit the soap after five years

EastEnders' Jasmine Armfield has quit the soap after five years.

The actress plays Bex Fowler, Sonia Jackson and Martin Fowler's daughter. According to The Sun, she has already filmed her final scenes - which are set to play out next month.

“It’s been an absolute pleasure to work with Jasmine. She’s brought something incredibly special to the role of Bex and we will all miss her - both as a friend and colleague. We wish her the best of luck for the future," executive producer Jon Sen said.

END_OF_DOCUMENT_TOKEN_TO_BE_REPLACED

“I’ve had such a fantastic time playing Bex Fowler and loved being part of EastEnders but now feels like the right time to try something new. I’ve made friends for life working on the show and shall miss them all," Jasmine told the publication.

It's not clear whether Bex's departure will have anything to do with the tragedy set to strike Albert Square next month. 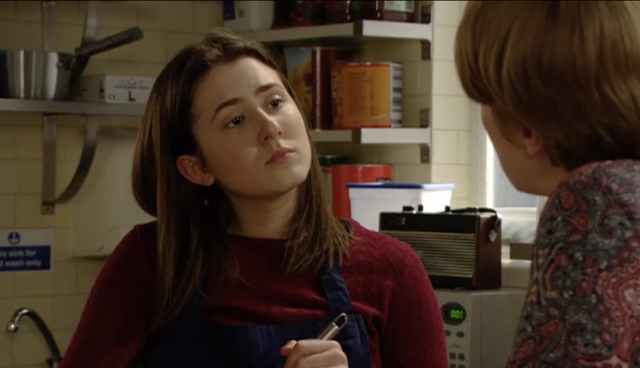 EastEnders is set to bring some serious drama to celebrate its 35th anniversary next month, as one character will lose their life during a celebration on the Thames.

The tragedy will strike after Mick and Linda Carter throw a party on a boat after winning a major contest, with one character falling off the vessel and drowning.

The characters who are said to be at risk include Sharon Mitchell, Mick Carter and Ian Beale. The episodes will focus on the 24 hours as the guests board the party boat.

“Where better place for a major death than on the Thames itself, which is so central to the show," an insider told The Sun. “Trouble has been brewing in Walford for a while, and they decided it was the perfect occasion to see off a big name."

popular
Late Late Show viewers are not happy with Ryan's questions for Billy Connolly
10 items from Zara for the perfect autumn capsule wardrobe
Apparantly, there is one colour you should never wear at a job interview
Friends actor James Michael Tyler has died, aged 59
The viral photo that can help women detect early signs of breast cancer
5 fabulous things to do in Ireland tomorrow for the Bank Holiday Monday
Former detective chief says Brian Laundrie discovery is "strange"
You may also like
10 months ago
EastEnders and Carry On legend Barbara Windsor dies aged 83
1 year ago
EastEnders shuts down filming amid coronavirus outbreak
1 year ago
Apparently, Emmerdale is the most stressful soap for fans to watch
1 year ago
EastEnders have 'revealed' Bex Fowler's exit storyline
1 year ago
EastEnders' Patsy Palmer to 'return' as Bianca Jackson
1 year ago
'Maybe see you again one day': Jacqueline Jossa sends fans wild as she hints at possible EastEnders return
Next Page